Finance and The Economy - What Are Peoples Major Worries?

We asked financial advisers what things worry their clients the most about their finances and the economy. The results may surprise you... 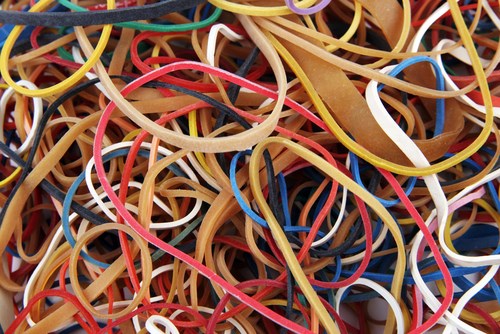 The specific question we asked advisers regarding their client’s concerns was as follows:

The areas on their finances or economy that worry your clients the most?

Being an open ended question, our initial analysis was qualitative in nature. We decided to consolidate the responses into various similar sets of concerns to enable us to get some quantitative results. The results of this analysis indicated that there were 3 major categories which counted for over 90% of client concerns, according to advisers regarding the economy and people’s finances.*

The Three Main Areas of Concern

1. Having Enough to Retire On/Superannuation Changes

The main concern of clients as listed by their advisers was about having enough money to retire on. This specifically, along with regulatory changes around superannuation accounted for nearly half (47%) of the answers provided.

Advisers talked about how their client’s main concerns were just trying to get ahead and plan for their future. The continual talk about changes to the superannuation system along with specific legislative changes that have been made has led to confusion amongst consumers. It becomes harder to come up with a strategy to plan effectively for retirement when the goal posts keep changing. This in turn can lead to a loss of faith which makes people less willing to commit to the system.

Over a quarter (27%) of advisers indicated their clients main concern was the day-to day management of their money. Managing their relationship with money, helping to teach clients how to budget and generally educating clients and making them more aware of their situation so they can make informed decisions was a common theme for many advisers.

It was also evident that a key component of the role of a financial adviser is to give their clients peace of mind that they have their money situation under control and have sufficient cash flow to fund their desired lifestyle.

The next most pressing concern (26%) that advisers have indicated worried their clients centred on the volatility surrounding Australian and international markets. Fully 10 years on, a number of advisers specifically mentioned the concern their clients have over the possibility on “another GFC”.

Similarly, many clients have expressed concerns about how war, terrorism and the election of Donald Trump will impact markets worldwide and effect their investments. Placating this fear, by emphasising effective strategies to minimise the fallout from such events is another aspect of the role of advisers.

Other concerns listed by advisers included housing affordability, not only for themselves but also for their children and more specific concerns like the economic downturn experienced in WA – post mining boom.

More broadly, this analysis has merely confirmed what those receiving financial advice already knew. Advisers play a role that is far from being stock pickers or insurance sellers. For many, they engage in wide ranging roles and act as sounding boards and financial “coaches”. They investigate, scrutinise and help people identify their financial goals, then facilitate the formation of strategies to achieve these goals and salve the fears and concerns surrounding them.

"Sometimes it's just nice to know I am not the only one with these same concerns."

"I find it interesting that so many people need help with basics like budgeting. There are heaps of online tools available to help people keep track of what they spend. Just takes a quick search to find one. That said, sorting out retirement and getting the super rules explained I'd definitely see a professional for."

"Interesting analysis. Was good to read all the adviser profiles in the links. Most of them sound thoughtful and have interesting things to say regarding advice."