From Tulip Mania to The Bitcoin Bubble

Tulips became the first known bubble of assets in history. Just as quick as it rose, the bubble burst, never to rise again. Are we seeing the same pattern unfold with Crypto-currencies today?

In 1676, the price of tulips rose precipitously, peaking a year later where single tulip bulbs sold for more than 10 times the annual income of a skilled worker. This was the first known asset bubble in history. Just as quick as it rose, the bubble burst, never to rise again.

Fast forward 300+ years to today, are we seeing the same in crypto-currencies? 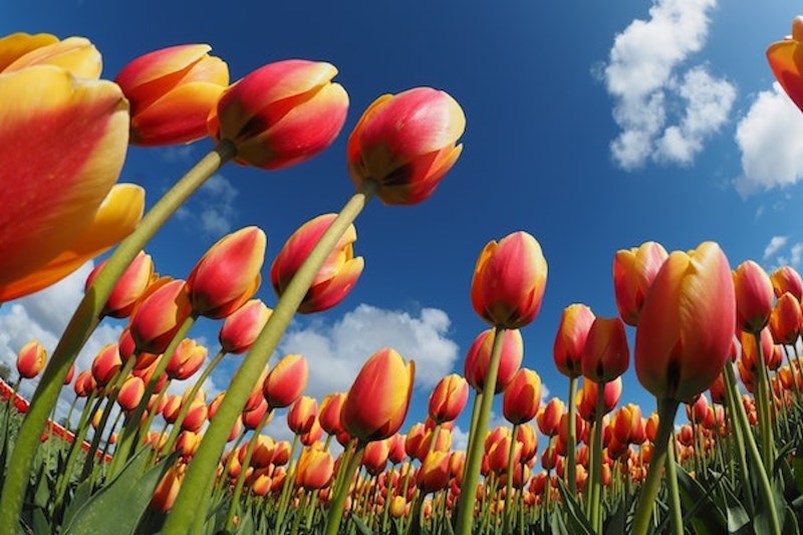 Five years ago to this day, I stood on the main stage of the famous Fillmore Miami Beach Jackie Gleason Theatre espousing the benefits digital currency at a North American digital currency conference in front of thousands of attendees.

It was a dual presentation from myself, representing the recently formed Australian Digital Commerce Australia (now Blockchain Australia) and the Australian Federal Government on the benefits of industry and government working together for the benefit of consumer and industry by reducing cost around cross-currency transactions, using cryptography to secure data ledgers, transparency of any number of transactions and improving trust in data.

From a digital currency perspective of which is one benefit of the blockchain, the bitcoin price was about $250USD. During my research of blockchain and digital currency, I bought 4.5 bitcoin and later some Ethereum. In that year, CoinBase, a virtual wallet marketplace for cryptocurrencies, had just raised $75M from very well-heeled investors, such as Andreessen Horowitz, former Citibank CEO Vikram Pandit, former Thomson Reuters CEO Tom Glocer and Virgin entrepreneur, Richard Branson.

Is Bitcoin and Crypto just another Tulip Bulb?

As you can probably glean from my aforementioned remarks, I am very much in the ‘No’ camp in answer to this question.

If you are not au fait with this new asset class and the mechanics of bitcoin, crypto and blockchain, I suggest reading our previous articles by internet pioneer and our good friend, Mark Pesce -

It has now been 11 years since the Bitcoin protocol was established in which 21 million bitcoins are to be mined, creating a scarcity of an asset class not too dissimilar to gold. In the five years, since I purchased those bitcoin, the price has risen 12,000% to $30,000USD (despite the price decrease in the last few days).

So what, my licensee and own knowledge of the sector limits my ability to provide advice on this asset class?

There is no doubt this new asset class has created somewhat of a cowboy environment, as is the case with many new, unregulated fields of finance. However, both ASIC, the ATO and the Federal Government have acknowledged the need to create oversight of a burgeoning industry.

However, now that cryptocurrency is mainstream, with 80% of Australians knowing about cryptocurrency and 17% owning the asset (particularly millennials), it is no longer an option for advisers to be naïve about the asset class. At the moment, with some currencies providing scarcity (like Bitcoin, which has limited supply) and being used as a store of value, as opposed to a traditional currency to buy and sell goods, many clients if they haven’t already will be walking through the door potentially asking you which crypto they should buy.

So whilst it may take a while for an adviser to recommend adding cryptos in the alternative asset class of clients’ portfolios, clients will soon be demanding to at least know why as they brush up on their knowledge every day…..and the millennials are constantly researching, whilst trading Tesla shares and cryptos in their Robinhood and Finder accounts!

This brings me back to my own 4.5 bitcoins. Given bitcoin is very much like cash and sits digitally in a hard wallet (if you haven’t entrusted it with one of the many exchanges), it’s important for all your family members to be aware of this. Note, at the time, many exchanges had lax security or nefarious owners where bitcoins were stolen at will, hence keeping it stored on my computer.

So, I would recommend, when doing a spring clean-out of your computers and digital devices to remember where your bitcoin is. My 4.5 bitcoin is now sitting on an e-waste dump in Sydney….along with 23% of the world’s bitcoin supply! My own tale of woe in a nascent yet burgeoning form of digital commerce.

"Chris Farley, you make some strong points. Do you have any basis for these? "It is a pyramid scheme" - Bitcoin does not meet the definition of a pyramid scheme, which is: "A business model that recruits members via a promise of payments or services for enrolling others into the scheme, rather than supplying investments or sale of products." Bitcoin is a protocol. It does not require current holders to recruit anyone else. It is a emerging as a store of value - with better qualities than most traditional stores of value (censorship resistance, decentralized control, self-sovereignty, highly divisible and portable, among other features). "No one knows where it came from": The white paper is available for all to read. Whilst nobody knows for sure who created it, this is largely irrelevant. The proof is in the beautiful simplicity of the design and the functionality of the system at large. "It is guaranteed by no one" - patently false: It is guaranteed by thousands of computers acting as 'full nodes', and secured by mining computers. It is a brilliant use of game theory, where actors are incentivized to act in the best interests of the network. "ASIC does nothing to ban it" - How can they ban it? It'd be as easy as "banning the internet". This has been tried in China and there are easy ways around it (a VPN - which works; I confirmed this when I visited China in 2019). I just read the "Stone Ridge 2020 Shareholder Letter" (look this up on Google if you would like to read it). It has an excellent overview on money, cryptocurrency and why they are allocating it to the portfolios of their clients. I agree with the two other commenters (Financial Adviser & Digital Asset Enthusiast and Financial Adviser & Bitcoin Investor). This is something which financial advisers should be able to discuss with their clients, and should be allowed a small allocation in a client's portfolio, as long as the client is made fully aware of ALL of the risks. Say what you will about this new asset class, but it has properties that have never before been seen in any other store of value / currency. It cannot be stopped or 'switched off' (just like the internet cannot be 'switched off') and is going to form an important part of the future. For anyone who wants a good brief overview, have a look here: https://www.buybitcoinworldwide.com/mining/#what-is-bitcoin-mining"

"Bit coin is a Pyramid scheme on the verge of collapse. As with all pyramid schemes the last owners will be the ones that lose all their money. No one knows where it came from and it is guaranteed by no-one. And ASIC does nothing to ban it !"

"Having been an adviser for nearly 20 years and a crypto enthusiast since 2016, it shouldn't surprise me that as an industry, we're still not having an adult conversation about this market which is now 12 years old. But it does surprise me. Although BTC is the poster boy for the generic term 'crypto' at the moment, newer/faster/better/cheaper/more adoptable technologies are being constantly introduced into the market (which now has a market cap of around US$1trillion) and some of these will make Bitcoin look positively archaic. With that in mind, the fact is that my clients are constantly asking for my thoughts on BTC and other cryptos. Naturally I can't engage them on the topic under my License conditions which of course is nothing short of ridiculous. But having been part of a digital asset project dev team for nearly 4 years outside my F.P practice, and having a good insight into the market, it's getting harder and harder for me to look them in the eye and deny it's worth a more serious look. Now I'm not suggesting for a moment that people should run out and throw all their cash on the next 'big thing' in the crypto market. There's a LOT of pitfalls, scams, scammers and hackers seeking out the uninitiated. But we have specialists in many different traditional market sectors who give expert advice to clients every day, so why not with this? Blockchain is an extremely secure asset transfer protocol if you follow the rules, and whether we like it or not, at the rate Federal Reserves around the world are printing money, a massive amount of funds are going to flow into this market over the next few years. I don't want to be asked in a few years as a 'financial professional' why I didn't recommend a strategic and appropriate holding in something that retrospectively will look like a no-brainer. "

"The fact is that Bitcoin is the best performing asset class over the past few years. The tulip bubble only lasted 2.5 years and Bitcoin has been performing for over 10 years. Time to get on board.. The fact is you could put 5% of your portfolio in Bitcoin, Ethereum and other cryptocurrencies and you will significantly increase your returns in a good year. If it goes bad, well its only 5% of the portfolio... That said, the next big thing with cryptocurrencies is many of them offer 'staking' which is kind of like a digital 'term deposit' where you will earn much better interest of up to 20% on your investment. It will be ignorant to ignore this in the future, and I am just waiting for my licensee to say that it is acceptable to recommend (in moderation) to clients so that we can use this. Those that take the time to understand it will embrace it and do well. More regulation will help take out the cowboys and make crypto an industry that will do well over the decades to come. Not to mention the US govt printed 25% of all USD in existence in 2020, why wouldnt you want to invest in a currency like bitcoin that has limited supply and will not reduce your purchasing power? Do some research, watch a few youtube videos and make an informed decision"