Renowned technologist and futurist, Mark Pesce give us some real life examples of uses for blockchain that are set to change the financial world and more... 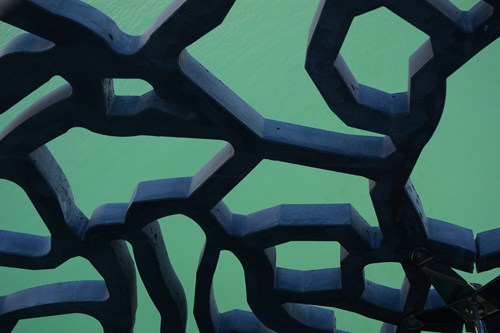 Although the price of Bitcoin has plunged again, the blockchain technology behind it remains. After the hype has fallen away, we’re left with a lot of interesting new tools with potential to transform finance and much of the world beyond. Mark Pesce give us some real life examples of uses for blockchain that are set to change the financial world and more...

Since starting this series back in December, my inbox has seen a steadily increasing flow of invitations to invest in Initial Coin Offerings (ICOs). Most of the time I can’t quite figure out what they’re offering, as with this one:

“Lightning speed, equal representation, fair distribution. All in a fun-to-use platform that connects members directly to information they seek, without all the social engineering and questionable privacy infringement.”

In this, cryptocurrencies are a bit like Tinkerbell: If you don’t clap, they won’t survive.

That’s not the worst outcome. Yes, some foolish investors will take a bath - but that’s been the case for all of history. After the hype has fallen away, we’ll be left with a lot of interesting new tools with potential to transform finance and much of the world beyond.

Here are a few examples:

Settlements: Sydney startup AgriDigital created a blockchain that secures the entire agricultural value chain, from grower to retailer. Farmers get paid for their crops as soon as they’re sold, rather than months later, relieving them of a counterparty risk that runs into billions of dollars a year.

Insurance: Ever wanted to get a refund for that delayed or canceled flight? Trustabit offers a blockchain-based insurance product that automatically issues payment vouchers to passengers in the event of a delay. Wouldn’t that be grand?

More Insurance: Papua New Guinea-based Coin-Sure offers insurance for your cryptocurrency wallet: Forget the password to access cryptofunds? Hackers broke into your computer? No problem. Just file a claim and get your refund.

Credentialing: After a spate of high-profile instances where individuals have been caught out exaggerating their credentials (embarrassingly including the former CTO of Telstra), the University of Melbourne trialed a blockchain-based system where credentials, degrees and other academic data can be shared publicly, verifiably, and securely.

Professional Services: The ‘Professional Attention Token’ seeks to quantise and monetise services offered by professionals such as lawyers, consultants, financial advisers - and futurists! The PAT points toward a time in the near future where our labour becomes a far more fluid commodity.

Developing Economies: Last year, the Gates Foundation announced the Level One Project in partnership with cryptocurrency giant Ripple, developing a payments system designed to meet the needs of the half of the world’s population who are “unbanked”, and without access to savings, credit or payment services.

Medicine: Nebula Genomics offers a unique opportunity - sequence your genome for a thousand dollars, store it securely on a blockchain - then “sell” parts of your sequences to companies working on new drugs and cures for diseases.

These example barely scratch the surface of what’s possible with blockchain, and they’re the reason we can ignore the froth and anxiety of a cryptocurrency crash that has seen the global pool of cryptoassets shrink by over 60% since my first column. Those falling numbers don’t matter and in fact may be better in the long term, because the rising asset prices blind us from seeing something that should be obvious: The real value of the blockchain lies in its utility: the ASX understands this, and is currently migrating its settlements system to the blockchain.

You can make nails out of gold or out of steel - but the house you build with those nails will be the same. Blockchains can secure expensive Bitcoins or cheap-as-chips Dogecoins - it really doesn’t matter. What does matter is that blockchains can now secure, can verify, and can share vital information quickly, inexpensively and reliably. Look beyond the blockchain: you’ll see a world of applications that - within a generation - sit at the center of our economic lives.

"In reply to Greg's comment : "While these are all examples of improved efficiency, most of them could be achieved with a Ledger book and without the need for a database solution." "

"While these are all examples of improved efficiency, most of them could be achieved with a traditional database and without the need for a blockchain solution."