Drama at the Royal Commission

Even with a day off for Anzac Day, this week at the banking royal commission saw more drama than you could poke a stick at. Along with the expected revelations about industry failures, we also saw a celebrity adviser go down in flames and even a medical emergency, which halted proceedings as the head of one of the major licensee’s collapsed after sustained questioning... 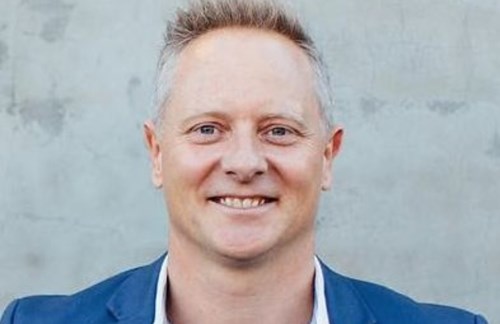 Even with a day off for Anzac Day, this week at the banking royal commission saw more drama than you could poke a stick at. Along with the expected revelations about industry failures, we also saw a celebrity adviser (pictured) go down in flames and even a medical emergency, which halted proceedings as the head of one of the major licensee’s collapsed during sustained questioning.

Collapse in the Dock

Proceedings at the banking royal commission took a dramatic twist yesterday afternoon, when a witness collapsed during his testimony. As if there wasn’t enough spectacle in the continued disclosures of chicanery by sections of the finance industry, Terry McMaster, the head of Dover, a major unaligned player that licenses 400 financial planners, collapsed after being accused of lying by counsel assisting the commission Mark Costello.

Dover Financial was the only large-scale financial advice group to decline to assist the royal commission. McMaster was being questioned about Dover’s customer protection policy, which was described as Orwellian and also defended Dover’s hiring of Financial Advisers who were under investigation and later sanctioned for serious breaches.

Earlier in the week the commission heard that adviser Sam Henderson, head of the advice firm Henderson Maxwell, had one of his staff members impersonate a client to gain information about her super fund. Henderson is, or was, and active media personality, hosting a show on Sky News Business Channel, appearing as a finance expert on channel 10’s The Project as well as contributing to the Australian Financial Review and Money Management.

A client of Henderson’s, Donna McKenna, told the inquiry she went to firm Henderson Maxwell after seeing its chief executive Sam Henderson in the media.

McKenna, who is a Fair Work Commissioner, was advised against her wishes, to rollover all of her superannuation into a Henderson Maxwell-managed self-managed super fund - a move that would have cost Ms McKenna $500,000. Earlier, Ms McKenna gave evidence that she emphatically told Mr Henderson she was not interested in starting a self-managed superannuation fund during an initial meeting but he pressed the issue. Ms McKenna rejected the advice, described it as risible and was refunded nearly $5,000 in upfront advice fees she had paid.

Mr Henderson also admitted under questioning that 84 per cent of his company’s clients were tipped into funds his company looks after and he does not have a Master of Commerce degree, as stated in a 2016 financial services guide from the firm.

The two main adviser membership organisations, the Financial Planning Association of Australia (FPA) and the Association of Financial Advisers (AFA) also face the commission yesterday. They were asked questions about their place in the industry, in particular about what role their organisations have with regard to policing adverse behaviour by their members and the extent that the public would benefit from their actions.

What the commission exposed was the limited role the main member organisations have in terms of the actions they can take in dealing with their members who are subject to complaints or who are found guilty of misconduct. The role they play is important in promoting advice and offering assurances that their members abide by their respective codes of practice.

In a regulatory sense, the threat of expulsion from the organisations is the main “stick” they have to get their members to comply, the main “carrot” being that it’s members are able to leverage their membership in order articulate that they have voluntarily signed up to these organisations and comply with the publicised standards regarding professional and ethical behaviour.

Whilst expulsion from these organisations would carry a professional price, it would be greater if they were highly publicised. The fact that expulsion does not limit an adviser’s ability to practice, tempers the role that these member organisations can play in a strict regulatory function.

For more of our coverage and opinion on the royal commission, you can check out some of our other articles; on the FPA and AFA, the political fallout and the role of ASIC, on the resignation of AMP Chief Craig Meller and the potential impacts of the big players moving out of advice.

"Well written and stated Fred. I'm about your vintage in the industry and have very similar thoughts. I do worry about my grandfathered insurance renewals which form part of my retirement package - renewals I have and continue to work very hard to maintain. I worry that something like this commission will wave a wand and make them go away - which would be a contractual nightmare for the life companies but we have seen stranger things. I truly lament for our industry and see the insurance execs as a main offender in getting us to this place."

"It's 33 years in the financial planning industry for me this year (as a practitioner) and I confess I have been absolutely riveted to the daily happenings at the banking royal commission. I was an early entrant to bank owned financial planning after spending 15 years at one of the major banks from the early 1990's. I saw this day unfolding from the very beginning, this day of reckoning. However, i simply thought it would come much sooner. The fact that it has taken probably 20 years too long to rid financial planning of its "jaw dropping" vested interests, the fact that so many aspects of it are now stitched into the very fabric of this industry, and the fact that it employs directly and indirectly thousands and thousands of Australians, is the stuff of nightmares for commissioner Hayne. How do you unscamble this omelette? Where do you start? After hearing the evidence of the past 2 weeks Mr Hayne would be forgiven for thinking he should just take a leaf from the bible and make it rain on all things financial planning for 40 days & 40 nights. Maybe a 'Sodom & Gomorrah' event would work better? What ever he decides the message to anyone contemplating a carrer in financial planning is clear. Be prepared for the mother of all change. Get a degree if you haven't already got one. Start thinking about a world where financial planners are restricted (banned) from charging any form of ongoing fee, where anything - ANYTHING - resembling a commission payment is also banned, particularly volume bonuses. Think of a world where you, not the dealership you work for, are the licence holder and the entity responsible for the advice. If you lose that licence you can never practice again.., anywhere. By that measure get ready to resign from your dealership. You'll be no good to them anymore and besides, you won't need to operate under a dealership. Your relationship with product manufacturers will be clean now because they won't be paying you a cent. The first casualty of this will be the fringe dwellers, the BDMs and product pushers, all those jobs with titles like 'area manager' or 'regional manager' or 'service manager' are finished along with virtical integration. Banks are prohibited from owning both product manufacturing and financial planning dealerships. Either the planners go or the bank sells the funds management business, my guess is some banks will exit both. Food for thought. As the chinese bloke said 'may you live in interesting times'. "