Royal Commission - Who Will Pay?

While the revelations mount, one positive is that discussions have sprung up all over the place about the industry’s shortcomings and the structural obstacles in place that may prohibit the industry from moving forward. 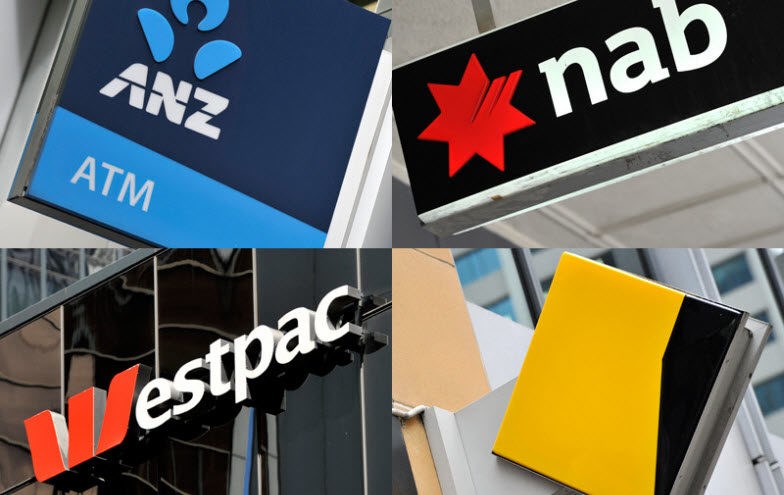 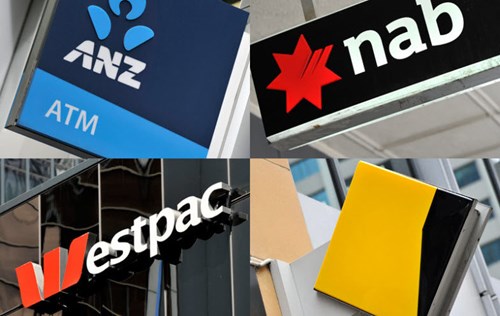 Yesterdays proceedings from the royal commission threw up some more deflating evidence of questionable and unethical behaviour from the planning industry. While the revelations mount, one positive is that discussions have sprung up all over the place about the industry’s shortcomings and the structural obstacles in place that may prohibit the industry from moving forward.

The headline from yesterday involved the NAB, who admitted that in a review conducted in 2017, 353 NAB staff had falsely witnessed the signing of client documents, despite not being present during client meetings, to help colleagues who had failed to properly complete financial forms for their clients. Over 2,500 clients were affected.

One the positive side, NAB had written to all clients affected and had trouble in contacting only 30. More interesting was the dynamic that appeared when it came to the way the bank internally dealt with the scandal - most tellingly, the way the scandal would affect the banks payment of bonuses to its staff. NAB’s top executives complained about having their bonuses “shaved” given they were not directly involved and one NAB executive argued it would send the wrong message to NAB’s leadership team and encourage them to sweep future scandals under the carpet. A note between two NAB executives about the scandal and its consequences was telling, it read:

“In terms of the broader leadership team, I am concerned about the cultural impact to both overall engagement and the potential reluctance of team members to raise future issues which could contravene NAB’s whistleblower policy given the likely perceived unfairness of the consequences and corresponding lack of trust in senior leadership to support our people.”

This goes to the heart of so many issues regarding exposing and punishing wrongdoing within the industry. Many have argued that the industry should be more self regulating, yet with remuneration being dependant on bonus structures that are grafted onto KPI’s of performance, an incentive is set up for those involved to “sweep future scandals under the carpet” in order to maintain their performance bonus. This situation is a perfect illustration of one of the negative dynamics that remuneration tied to bonuses can set up. For an industry struggling with credibility issues, it is just one of many issues that needs to be addressed.

In a prescient observation to our piece yesterday which noted that ANZ had performanced managed 71 advisers in the last 12 months (after 2,500 instances of inappropriate advice had been detected), one individual wondered whether all of these advisers were responsible for inappropriate advice, or whether some had just failed to meet their sales targets;

"I would be interested to know how many of the 71 advisers that were "performance managed" by ANZ last year were compliant and doing the right thing by clients, but simply not achieving the Bank's conflicted sales targets. I think there needs to be greater scrutiny of adviser KPIs and remuneration structures within these institutions to fully understand the issue. If an adviser's success is defined mainly by revenue and Funds Under Management (FUM) generated from specific platforms and/or products, therein lies the conflict that needs to be exposed”

Elsewhere, and on the back of criticisms leveled at ASIC, the topic of who will pay for increased regulation/compliance investigation was raised by Adrian Raftery, an Associate Professor in Superannuation at Deakin University.

In a widely read Linkedin post Raftery questioned the funding model for the governments newly established Financial Adviser Standards and Ethics Authority (FASEA). Noting that the government was asking for 7 figure amounts from the big players to fund the authority, rather than have it government funded, what will happen if, as many predict, the big banks elect to withdraw from financial planning, or if their adviser numbers drastically drop? Would the smaller players left be forced to essentially fund FASEA with higher annual registration fees? Or would FASEA have to tone down their regulatory activities?

FASEA is charged with developing the rules around the new educational and qualification standards that will apply to the financial advice industry going forward, and while most agree it is a step in the right direction, there are many who point out that being “highly qualified” does not preclude malpractice or dodgy dealings.

Adviser Ratings is currently analysing qualification and membership records across the industry to see if there is any correlation to instances of malpractice or adverse client outcomes, in an attempt to identify trends in this important and much talked about area. 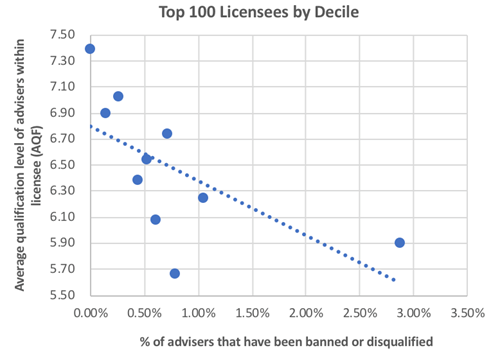 Amongst many other data points, we have initially noted a correlation that advisers with higher qualifications behave more ethically. This correlation is independently supported in the findings by Cull (2015) in her dissertation around trust in financial planning and Bigel's findings in the US (2000) who concluded that financial planners with a higher level of education have also been found to have higher levels of moral development.

With the qualification requirements a fait accompli, there are many other factors though to consider in what is the biggest transformation underpinning financial advice since its inception in the 1970s.

We'd be interested to continue to hear what needs to be done - Royal Commissions and submissions to mould the future of the profession don't come around all that often.

"Qualifications are important so that Advisers understand complex documents, financial modelling etc. However, experience is vital and should be recognised. For instance a person entering the Financial Advice field may be newly qualified in accounting, business or finance but they will not know how to navigate the complexities of superannuataion, various types of investments and the implications for various investment vehicles. If the focus is on qualifications over experience, some of the best advisers will bring forward retirement plans and clients probably will be left with lower quality advice at a higher cost. The solution needs to be recognition of study, experience and PD points over years. I also advocate for general financial planners and specialist planners so that clients can access assistance from an adviser recognised for specific skills."

"hello all , whilst I believe education is also helpful and needed in assisting all. how are new adviser taught in life skills and speaking and communicating with clients, as ONE THING I HAVE FOUND WE ALSO NEED TO LISTEN AND UNDERSTAND WHAT THE CLIENT WANTS as they themselves don"t know and look for a solution to their concerns while we the adviser uncover and unravel where the client really sits. Basic principles is look after the client work in their best interest and the clients will look after you."

"hello all , whilst I believe education is also helpful and needed in assisting all. how are new adviser taught in life skills and speaking and communicating with clients, as ONE THING I HAVE FOUND WE ALSO NEED TO LISTEN AND UNDERSTAND WHAT THE CLIENT WANTS as they themselves don"t know and look for a solution to their concerns while we the adviser uncover and unravel where the client really sits. Basic principles is look after the client work in their best interest and the clients will look after you."

"Susan's comments are relevant. Perhaps for financial planners all these FASEA educational programmes might help. But the real winners in that scenario are the higher education facilities which we mustn't forget are businesses looking to make profits. And how!! For life-risk advisers degrees aren't necessary. These mooted education requirements will do absolutely nothing for the under-insured Australian public and in the wash-up they're the stakeholders who'll suffer most. "

"How many qualifications do you think the execs at the banks and wealth houses have - stacks I bet - probably with honours and MBA's. Higher level of education probably just means you can be more clever in how you rip off clients and then hide it for years. As an advisor that will be impacted by the FASEA education requirements its hard to watch this and know these execs will turn up someone else in a highly paid role and life will continue as normal. I however with 30 years experience, awards for creating financial literacy programs and not one single client complaint will be forced to retire. "