This week saw a new round of public hearings begin at the Royal Commission into Banking and Finance – This time focussing on the Superannuation sector. The superannuation sector is considered to be one of the more opaque sections of the Australian financial landscape. Australians have over $2.5 trillion tied up in their super and many say such scrutiny is long overdue. 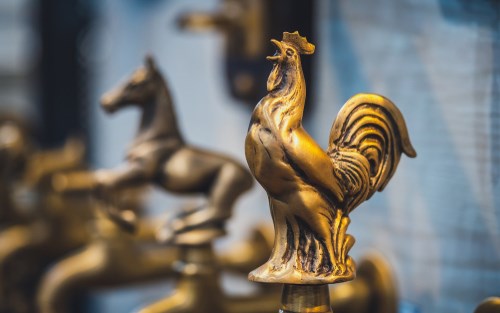 This week saw a new round of public hearings begin at the Royal Commission into Banking and Finance – this time focussing on the superannuation sector. Superannuation is considered one of the more opaque sections of the Australian financial landscape. Australians have over $2.5 trillion tied up in their super and many say such scrutiny is long overdue. Should we be crowing over the revelations so far?

A recent report by the productivity commission said our current superannuation system is outdated and structurally flawed with members losing billions every year because of multiple accounts, high fees, low returns and expensive insurance. It found that one in four funds underperforms, meaning millions of people are affected by these shortcomings. It said fixing the problems of unintended multiple accounts and entrenched underperformers could benefit members by $3.9 billion each year.

It has been estimated that $26 Billion is removed from our super accounts annually, covering fees, charges and the general “cost” of running the sector. This is a monumental amount of money – and almost parallels federal government spending on Defence ($28 Billion) and Education ($30 Billion). It is because of the size of this pie that there has been fierce rivalry from competitive parties in their attempts to maintain and increase their access to this sector.

Although Self-Managed Super Funds (SMSFs) account for a large proportion of the super funds in Australia, they are not being looked at by the commission. The main focus will be Retail (“for profit”) funds generally owned by the banks, and Industry (not for profit) funds which were initially developed by trade unions on industry bodies for their members. A simple run down of the differences between Retail and Industry super can be found here.

Proceeding from this week so far have been widely reported in the media, particularly relating to NAB's superannuation trustee Nulis Nominees who were told that their conduct, including charging dead people fees, taking money to which there was no entitlement, and not fully disclosing misconduct could potentially result in criminal proceedings.

So far, this round of hearings has reflected a similar tendency from sections of the finance community as those prior – misconduct including charging fees for no service, distorted reporting of misconduct, blame shifting and remedial measures that have been slow to take place if they have taken place at all.

The seemingly systemic problems of this nature that continue to occur, the very things that warranted this Royal Commission in the first place, have been described as the result of "cultural" problems that runs through the heart of the finance sector in Australia. One part of the puzzle that helps set the "cultural standard" is regulation and the way the regulators choose to approach in apply relevant legislation.

One of the regulators in charge of looking after superannuation, ASIC is also expected to come under scrutiny and criticism for its role and performance of its duties. On the opening day of these hearing, counsel assisting the commission stated that the super industry was shrouded in secrecy due to the lack of regulation of the conduct of the trustees running funds. Hodge said this gap was created because of how the two bodies ostensibly in charge of regulating the sector saw their roles. APRA saw itself as a prudential regulator and not a conduct regulator, whereas ASIC was only responsible for the conduct of trustees of superannuation funds under the Corporations Act, and was not responsible for monitoring conduct that was in breach of the Superannuation Industry (Supervision) Act.

ASIC has taken the quiet approach of working behind the scenes with industry in its attempts to remedy most issues. This approach has attracted criticismfor inadvertently fostering a climate of non or little punishment. To some, ASIC is seen to be weak in the face of multi-billion dollar corporations that pledged, but failed, to do the right thing by customers.

The commission does however have some clout and repercussions from its evidence have already seen action taken politically. The government this week announced a two year, $70m plan to improve monitoring of governance and compliance, by “embedding” ASIC officials inside Australia’s biggest financial institutions.

This budget bump for ASIC comes after the government most recently cut ASIC’s budget by $28 Million in last May’s budget (following Abbott led cuts of $120 million in 2014 that were replaced by a levy on banks over 4 years to raise the same amount for ASIC).

The corporate regulator will also establish a taskforce to identify failings inside large listed companies, and conduct on-site surveillance and investigations of those companies. It is hoped the changes will help ASIC change its “strategic direction” to focus on proactive enforcement.

“Proactive enforcement” may be just the tonic the industry needs in order to regain the trust of the public.

"I went through this as an AMP adviser in 2006 with an EU. left them as i was disgusted with the whole company structure and ridiculous compliance requirements. I am now in the same position as my dealer group is 100% owned by ANZ. again disgusted with the executive decision makers, of this group so will be exiting the industry, after 27 yrs i have a very sour taste on the whole industry. PS I can keep my head high as i know i have helped many people through ethical, sound financial advice."

"Ken insurance doesn't exactly work that way. Multiple policies doesn't mean multiple claims. At best you could expect each insurer to pay a portion of their claim value, but never would they all pay 100% without underwriting and co-insurance agreements in place"

"today i met with a lady who works for NAB. She has 2 masterkey supers as they start them each time she did casual. Now she has a full time position they have started her in PLUM. I'm scratching my head. Answer was different departments look after different employee types. If she died or became disabled, look at all the group life thats been given to her from three funds. its not always bad to have more than one fund. Ive come across several deceased situations where they had nothing but personal assets and personal debt. Both had many super funds as they had worked for many employers. Outcome was the spouse's both received far more funds than they would ever have had if they had seen an adviser who to concern himself about this and whether the client has to much cover. Both these spouses have not yet complained about the "towards $1 million" that was paid to them. My additional concern is how great advisers are going to be able to deliver service and whether direct sales of poor quality and un tailored products will be the new age. "

"It's so depressing continually reading about these dodgy companies ripping off people. Also read the NAB provided 30 documents initially, then when more were requested they gave the commission over 3000 a week before the hearings. Noe today an IOOF guy can't even answer basic questions. The arrogance is just breathtaking. The lot of them need the book thrown firmly in their face!"