Yesterday, Commissioner Hayne asked a former NAB executive whether the possibility of criminal proceedings was ever contemplated regarding the banks conduct and decision making processes. You have probably already heard the response, but are you surprised? Who is at fault and who is to blame? 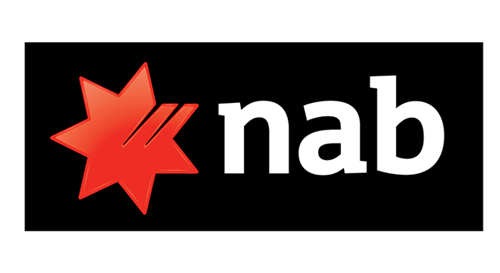 In yesterday’s Royal Commission hearings, the fallout continued resulting from NAB’s fee for no service revelations. Commissioner Hayne asked a former NAB executive whether the possibility of criminal proceedings was ever contemplated regarding the banks conduct and decision making processes. You have probably already heard the response, but are you surprised?

The executive in question, Nicole Smith, former chairwoman of NAB's superannuation trustee Nulis Nominees, replied that criminal proceedings were not contemplated. Hayne then asked pointedly “Did you think yourself that taking money to which there was no entitlement raised a question for criminal law?”. The response was in the negative.

It’s a surprisingly simple question, and coming – as it does from The Commissioner himself adds not only gravitas but a certain levity in itself. In light of the evidence given, which NAB would have been aware of, it seems no one put the facts of the matter together to contemplate that question. When this was uncovered within the bank, did anyone say to a colleague – “do you reckon taking money which we aren’t entitled to is criminal?”

Maybe someone did ask the question to a colleague over the water cooler, and the reply was – “we’ve got our legal department to worry about that – we wouldn’t be doing anything illegal”. Maybe someone said, “Oh no – we are entitled to it”. Maybe lots of people questioned it privately but were too scared to raise it? When the facts of the matter (such as charging fees of more than $3 million to dead people, fees for no service being deducted from super member accounts, including where there was no active adviser, and fund administrators retaining fees instead of paying them to the adviser) are raised in the context of a Royal Commission, criminality certainly gets put on the agenda.

Legal scholars were lining up in the media yesterday to confirm the potential of criminality. In both Commonwealth and State laws, fraud can involve reckless deception of another, the client, with the intention to gain a financial advantage with maximum penalties of up to 10 years in gaol. Fairfax media quoted John Berrill, the principal of Berrill & Watsons as saying “what Hayne is flagging is that by repaying money or by complying with an enforceable undertaking, you may not be off-the-hook – there could be criminal penalties here”. 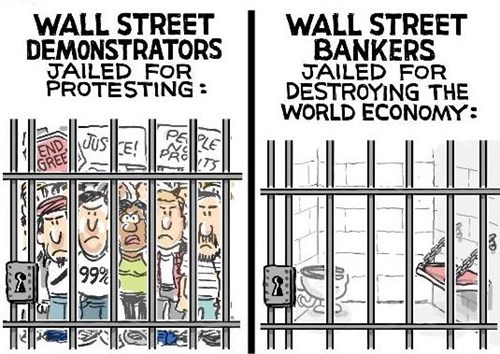 Commissioner Hayne had to “remind” the hapless witness that “taking money you’re not entitled to is potentially a criminal matter” – as if it should be so simple as to be self-evident. Yet criminality was not even contemplated at the corporate level. Is this because everybody’s doing it? Or because if we get it wrong we can pay it back and suffer a bit of bad PR? Or because these institutions are so big, these “administrative errors” simply take time to be picked up?

The situation is emblematic of the arguments about “culture” within the finance sector. Adviser Ratings spoke to one industry veteran (former “big bank” executive) about the contemplation of criminality. They replied “I honestly don’t think anybody thinks what they do is criminal”. What then about the decision making process within a bank? The reply would shock few. “It’s all about numbers, KPI’s and profit” was the response.

Finance, for the most part is a rational game. Cost/benefit analysis and all that. Dealing with risk is part of the job. So what is the risk of being criminally charged and facing gaol time? Being (overly?) generous, one can hardly blame the staff of these organisations for not having criminality on the radar. How many bankers went to gaol after the GFC? How many financial executives have been criminally charged over misconduct in the last decade? The question must be asked, after years of continuing misconduct, “is the regulator effective?”

As Ross Greenwood has written, the Royal Commission, among other things, has highlighted “the weakness of the corporate regulator ASIC in the face of multi-billion dollar corporations that pledged, but failed, to do the right thing by customers”. Greenwood continued “It means that ASIC is not feared by many in the corporate and finance world as the SEC is in America. And though ASIC will point to its countless banning orders of financial planners, mortgage brokers and directors, the truth is that it has plucked out the easiest of these cases”.

ASIC has taken the quiet approach of working behind the scenes with industry in its attempts to remedy most issues. The role of ASIC as one of the chief regulators in the finance industry is coming under scrutiny like never before thanks to this Royal Commission. It will be interesting to see how it’s approach and reputation hold up as the hearings continue. ASIC are aware of the threat the RC poses to its reputation. So much so that they have hired a PR firm to deal with “reputational issues” arising from the process. Documents obtained under freedom of information laws reveal ASIC's concern, reading "while it will traverse historic terrain, the RC nonetheless presents a threat to ASIC's current reputation, with witnesses sure to contest our past conduct and look to shift historic blame to ASIC.” Although the cost of the spin doctoring was undisclosed, it is expected to approach $100,000.

So, corporates being reminded taking money they aren’t entitled to is criminal, not fully disclosing misconduct so they’re not seen as the “Gold Medalist” of fees for no service, blame shifting, and the regulator paying nearly $100K (of taxpayers money!!) on PR. A lot about managing reputations and precious little as yet about fixing the problems. One suspects that will come...

And people bemoan why the industry is held in such low regard.

Whose fault is it?

What do you make of the recent proceedings?

"Government expect self-employed advisers are all saints and government charges super contribution tax 15% and 15% on the top to returns. Government has make the thing bit and government should be sued on court as well. Government owe the social obligation toward those low financial literacy Australian people a say. "

"Saying what needs to be said. White collar crime much different to an aboriginal kid stealing a chocolate bar. "

"Meanwhile, us advisers keep carrying the can for the foibles of the superiors running the show...."