Following Up The Federal Budget

We knew it would take a little while for the dust to settle and for the main narratives around the budget to solidify. After a week and a half of back and forth arguments from interested parties, the political narrative seems to be established.

The day after the Federal Budget we published an article reflecting the immediate response to it in the media. We knew it would take a little while for the dust to settle and for the main narratives around the budget to solidify. As before, we’ll let economists and financial experts such as financial advisers deal with the economic ramifications the Budget may bring. However, after a week and a half of back and forth arguments from interested parties, the political narrative seems to be established...we’d love to know if you agree! 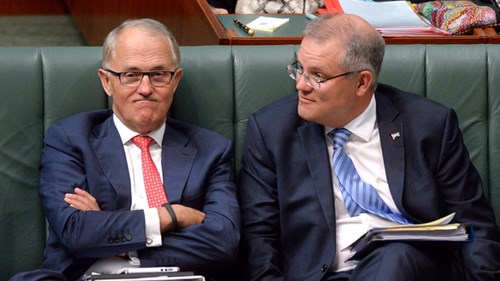 The Labor party seemed to want to take the credit for this ‘tax and spend’ budget. Many commentators began by calling it ‘Labor-lite’. More recently, senior Labor figure and member of the shadow cabinet Anthony Albanese criticised his leader Bill Shorten for not ‘claiming’ the Coalition budget as a win for the left and an “ideological surrender’ by the right. Shorten, in his budget reply speech decided to keep attacking the government, in particular threatening to oppose the Gonski education reforms. Maybe a bit of Abbott’s ‘opposition for oppositions sake’ has rubbed off on Bill and he’s trying to maintain the rage and oppose everything?

The Greens response was to say the Budget was not a ‘road-map’; but a ‘dead end’. They also pointed out that there was no mention of climate change, global warming or renewables in the treasurer’s speech. I still find it bizarre that there was pretty much consensus on the need to take action regarding the “greatest moral challenge of our time” (Climate Change) between Howard and Rudd 10 years ago – and yet here we are a decade later and it doesn’t get a mention. In picking a fight with the banks over the new levy, however, you could argue the government didn’t want to antagonize another traditional supporter in the mining industry with any talk of renewables. One fight at a time…

Not surprisingly the banks – well the big banks, did not take kindly to the imposition of the proposed baking levy, which was projected to raise $6.2 billion in 4 years from the big four plus Macquarie. Greens senator and former banker Peter Whish-Wilson pointed out that as the cost of the levy is tax deductible for the banks, it may raise nearly $1.2 billion less than this projection. Still, former treasury boss and now Chair of NAB Ken Henry has called for an inquiry into the tax, and this inquiry seems to have support from the opposition even though they support the tax (anything to bash the government with?). Many smaller banks (Bendigo, ME bank) have actually welcomed the proposed levy saying if the big banks pass on the levy cost to consumers it will make their offerings more competitive.

Admittedly, many banking senior executives may be more than miffed by the announcement of a ‘Banking Executive Accountability regime’. This will include a requirement for a between 40 and 60 per cent of a bank executive’s variable remuneration to be deferred for a minimum period of four years, helping enforce accountability.

Despite opposition to the levy from the big banks, it has been pointed out repeatedly that since the GFC they have enjoyed an implicit government guarantee which has saved them billions per year by reducing the cost of their own borrowing. The levy will only partially re-dress that, and the banks still stand to gain further billions every year if the government is successful in passing their proposed corporate tax cut.

The government does seem to have abandoned the rhetoric that the deficit is caused by a ‘spending problem’, and via their Budget announcements have tried to address the ‘revenue problem’ – with actions such as raising the Medicare levy and introducing the bank levy. It is too early yet to see if this signals a real shift in policy from the centre-right government, or merely a change in rhetoric.

When measures such as the bank levy are scrutinized a little further, the outrage proffered by the large banks tends to look a tad confected. Of course, the big banks are so used to getting what they want they may be genuinely throwing their toys out of the cot.

Either way, the Budget has proved popular with punters and the banks still stand to gain billions under the coalition in the future. With that in mind, we may have to wait a little longer to see if this Budget really does amount to a significant ideological and policy change from the Coalition, or just good politics. What do you think?

"This budget confirms that politicians are not interested in the national good. It completely fails to address the enormous debt problem that the Labor party created and the Liberals have continued. Revenue raising is largely to cover recurrent expenditure but does anybody belief the forward estimates. Wayne Swan was going to deliver a surplus every year and this budget is probably no better. If the Liberals are no longer prepared to tackle the problem then "Greece here we come". The politicians have created this problem and future generations will have to pay for it in both reduced services and greater taxation. "

"The neoliberal agenda is strong in both sides of the house. Thinking Labor are on the left is a mistake. The greens are the only true left party. Corporate tax cuts worth $65 million to be introduced tells you enough about the ideology of this government. The banks are being played like a fiddle or playing along. Simples"