A Cacophony Of Scaled Advice Voices…

Are the murmurs around scaled advice finally the regulator and government’s way of acknowledging they went overboard on the compliance boxes a financial adviser needs to tick (with little in the way of winding back what an adviser needs to do)? A way to appease the super funds to deliver intra fund advice without the wrath of the regulator? Or a way to give digital advice providers “free carry” to suit the government’s innovation agenda?

To many in the industry, the loud bellows coming from the FSC, ASIC, the government, FPA, Six Park and even, ourselves, on the issue of scaled advice sounds like irksome shrieking from those that have little respect for the 5 years of FOFA heartache and a further 6 years of FASEA grind. 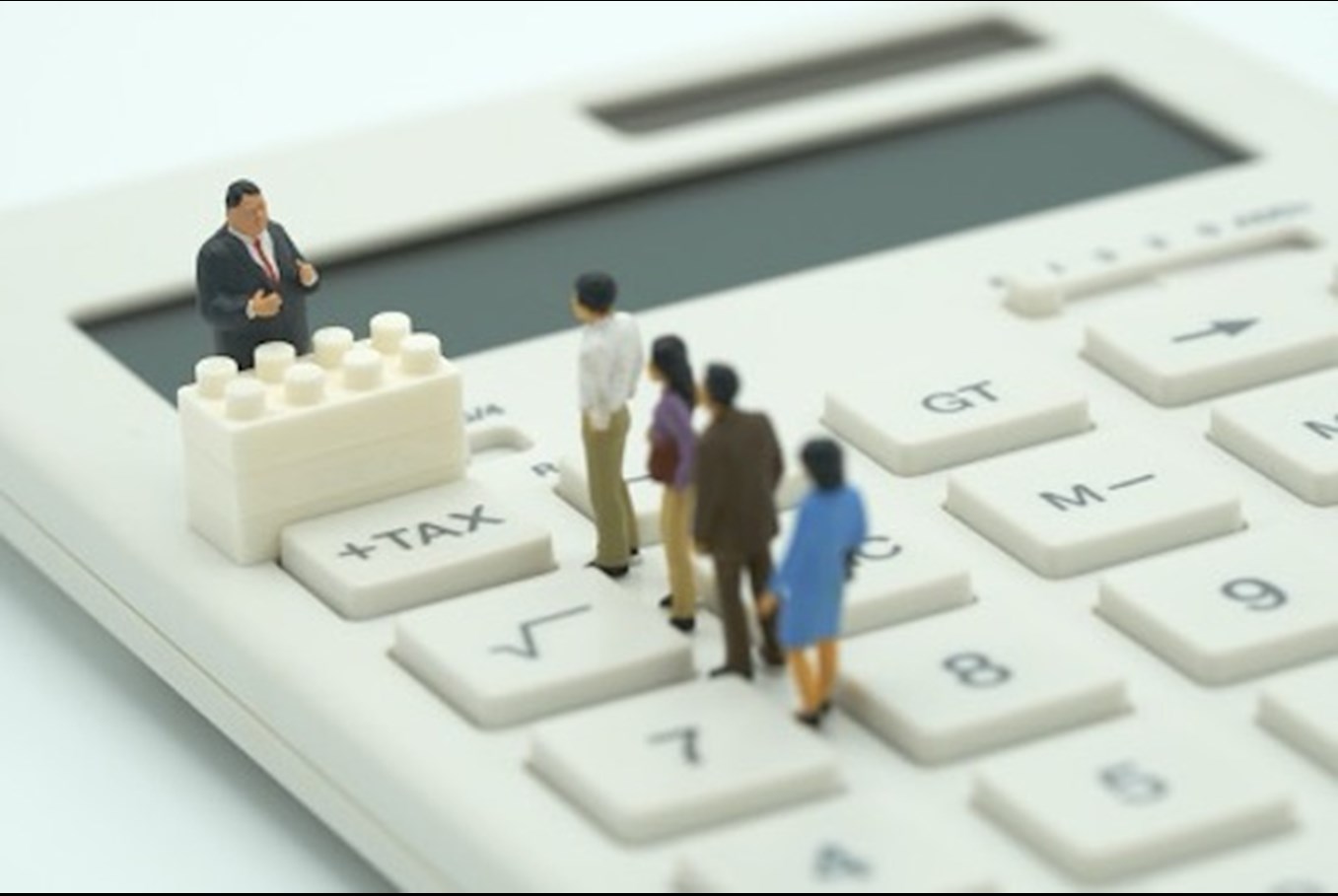 Are the murmurs around scaled advice finally the regulator and government’s way of acknowledging they went overboard on the compliance boxes a financial adviser needs to tick (with little in the way of winding back what an adviser needs to do)? A way to appease the super funds to deliver intra fund advice without the wrath of the regulator? Or a way to give digital advice providers “free carry” to suit the government’s innovation agenda?

Okay, as anyone that’s been to a marriage counsellor will attest (sorry to my wife here – we do have a 3-year-old and 5-year old that do test our limits!), you first have to empathise with your partner and acknowledge their fears are real.

The fear of scaled advice, therefore, is somewhat founded...

In the UK, the implementation of the Retail Distribution Review in 2013 (a mix of our FOFA and FASEA), raised the minimum level of adviser qualifications, improved the transparency of charges and services and removed commission payments to advisers and platforms from product providers. It also resulted in 20-30% of advisers leaving the industry. In Australia, from the top of the market, we have now had 28% of advisers exit the industry.

Lo’ and behold, this exodus in the UK led to the Financial Advice Market Review (FAMR). FAMR was introduced to address 3 major concerns – affordability, accessibility and liabilities / consumer redress. FAMR in part to address concerns 1 and 2 recommended the implementation of scaled advice or in the words of the FCA, streamlined advice, called either focused advice or simple advice. And was to adopt a far more common-sense approach to “advice”.

Some may argue this is similar to the Rice Warner recommendation (download report here), which would classify personal advice into simple and complex, with simple being solved predominantly by technology.

There have been pros and cons to the RDR and FAMR in the UK. Limited advice or restricted advisers have flourished as well as certain digital solutions, but comprehensive advisers (independent) have decreased.

Following the RDR, financial advisers were split into two categories: independent and restricted. Independent financial advisers (IFAs) needed to consider all different kinds of investment products (for example, funds ETFs, investments trusts, pensions and so on) before rejecting them as unsuitable, whilst restricted advisers did not have to be knowledgeable about all areas of the market; they had the freedom to choose areas of specialisation. 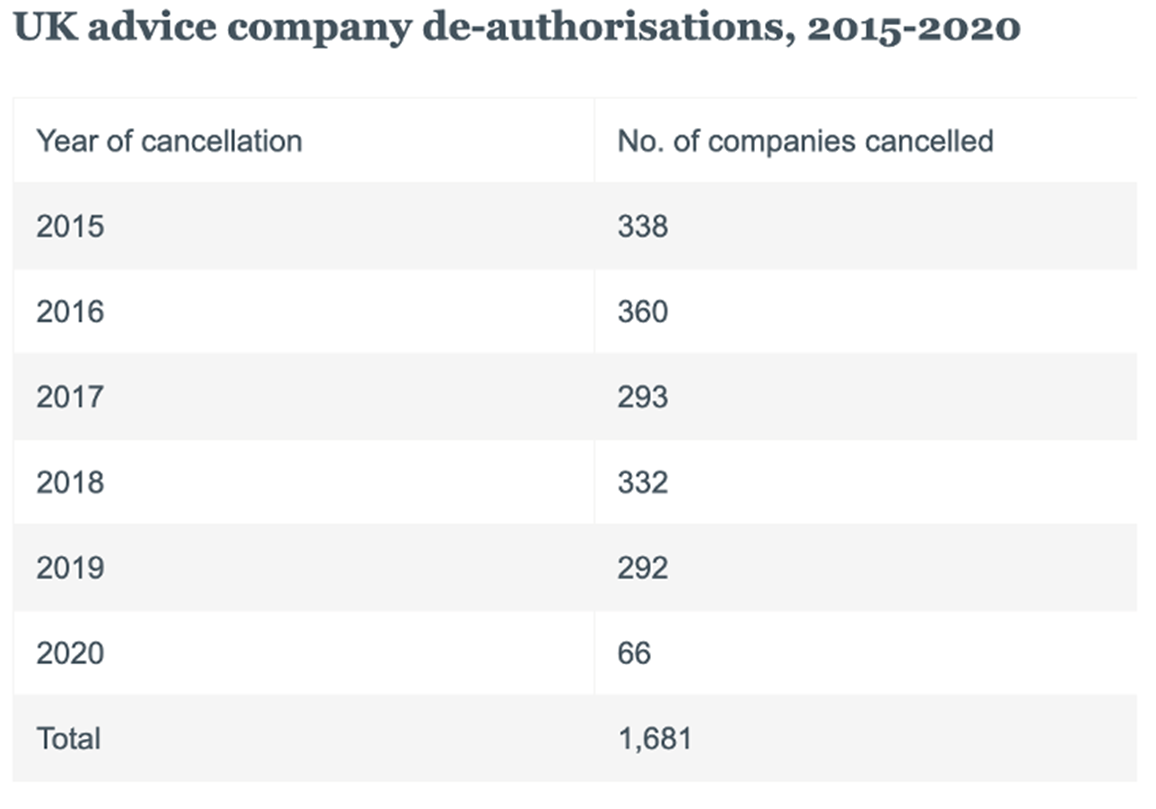 Many advisers fear we will see the same play out in Australia, a continued decline in the “comprehensive adviser”. So, not really, an unfounded fear from those who have invested hours into their education and training at the request of the government.

This begs the question of whether the quality of advice has dissipated? Or has certain advice now been directed into cheaper, more accessible options?

The FCA is now conducting a review of the RDR and FAMR, and its impact on advice affordability and accessibility, and more specifically the boundary around advice and guidance. The former beholden to far more scrutiny and obligations (like MIFID 2), akin to our incoming DDO responsibilities (Design and Distribution Obligations). No doubt, the government and the regulator will be furnishing any final recommendations, following the FCA’s hard yards.

Jumping straight to affordability and accessibility, the model that is quickly gaining traction, particularly in the US (the Charles-Schwab model, the most celebrated), is the hybrid model or a co-existence of digital, simple (digital + advice) and comprehensive (holistic advice). It is a model that recently saw Picture Wealth get $12M in funding whilst in partnership with Mark Euvrad’s NEO Financial Solutions in WA. It is also the future theme that former JP Morgan alumni and technology-advice enthusiast and now Six Park Founder, Pat Garrett, is successfully rolling the dice on….

“For SixPark, the intent is to work with advisers to help them (serve a broader segment, prepare for the wealth transfer) and consumers (get affordable, prudent investment management help). Our NPS and other client satisfaction metrics suggest people love it when they start using it.”

SixPark released some compelling figures in their white paper, on the back of Investment Trends research, which found 2.6 million Australians are looking for a financial planner, with cost and supply being an issue – an issue solved by digital advice offered in a hybrid form.

Since Covid-19, we have had a surge in new investors, particularly the younger generation – platforms like Super Hero, Self Wealth, RAIZ and Stockpot have made investing more accessible. As identified by ASX’s recent investor study, this demographic is “hungry for knowledge and aware of their relative lack of investing experience, members of the next generation show a relatively high degree of willingness to seek advice.” Across the board, 63% of Australians are open to receiving advice.

So, whilst the scaled advice model is already here, the noise in the hallways is that it will soon get a boost from the government and the regulator. Either way, there’s no stopping it, but you can be “scaled advice” ready.

And like marriage counselling, meeting “in the middle” (or adopting a hybrid model) has ensured the viability and progressiveness of my practice (aka “marriage”) and seen my clients (aka “kids”) flourish!

"Giving good, best interest advice takes hard work and effort. Giving good advice that revolves around someone's goals and objectives takes hard work and effort. Uncovering, and clarifying, and stimulating thought around goals and objectives take hard work and effort. Understanding the client's behavioural biases and thought patterns, and known and unknown preferences, takes hard work and effort. Thinking creatively about product and non-product solutions takes hard work and effort. Researching, comparing, verifying information and product nuances takes hard work and effort. All of this takes hours and hours of work and mental and emotional energy, even before one single word of the SOA is typed. It's obvious that Australians prefer scaled advice because it cost less and takes less time and commitment on their part, but is this in their best interests? Whether scaled or holistic, don't people want advice that takes into account their entire situation? Are we focusing on the wrong thing? Scaled advice = carving out one component of a costly process, versus actually driving down the cost of the process to make all advice (scaled and comprehensive) more accessible to future generations? To me the solution is not to focus on how to make scaled advice achievable. That's a band-aid fix. The real solution is fixing the SOA requirement. Re-thinking and re-working that from the ground up. I believe there is enough research out there about the effectiveness of the SOA, and how few people actually read it and make a decision based on it, and how ineffective it is in the court of law. Fix the SOA and you'll go a long way to fixing the advice problem in Australia. "

"The current Australian model has priced out 80 percent or more of Australians from being able to access advice, which is an indication of a total failure in the original objectives that the Government and Regulators promoted so aggressively. There must be an overhaul and scaled advice, if regulated properly, can work. Most people want limited advice for specific purposes and are hesitant to expand on that advice due to time, cost and other circumstances at that particular point in their lives. For instance, people wanting to do a will, or their Tax return, may be interested, though not able to do, at that particular time, all that is required to get a full analysis of their needs and there is always a cost to expand limited advice, no matter what the field. In an ideal world, everyone would get comprehensive advice. The only reason why they don't, is because the world is not the Utopian Eden that theory based Government and Regulatory experts think it is, from behind their Ivory towers. The longer you participate in Life and in Business, the more you realise, that the only thing that really changes, are the faces when dealing with Government and Business Red tape. History always repeats because we refuse to learn from it and ignoring other Countries experiences like the UK, creates Billions of dollars in revenues and income for vested interest groups who can create chaos, while spouting virtuous platitudes to appease the naysayers. "

"The issue of so many advisors leaving the industry due is due to the Government trying to push through so much change in such a short period of time. Additionally, with all the changes in the legislation, many advisors are struggling to keep up with making changes in their own business, to even consider studying. The answer is NOT how do we get more graduates, as a graduate is never going to replace an advisor who has been working for 20 - 30 years, but how do we entice the good advisors to stay in the industry. The sad thing is that the Government has thrown good advisors out, in a time when in retrospect, it could have been useful to have more qualified advisors to help people making substantial financial decisions at this time. "