Women's Index sets aspirational target which finds economic equality could be here in just over a decade but only if pace of progress keeps up. 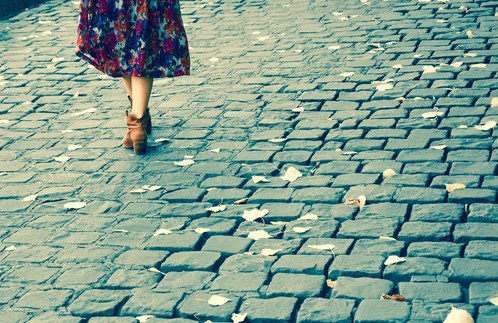 The latest Women’s Index shows the economic progress of Australian women improved over the past 12 months, but there’s still a long way to go before we can say gender equality has been achieved in a material economic sense.

But when compared to the Financy Women’s Index (FWX) Progress Target of 173.3 points, the September result falls short by 37.5 per cent.

The FWX Progress Target is a new aspirational guide on economic equality which could be here in the next decade if women’s progress is maintained and uninterrupted.

Nicki Hutley partner Deloitte Access Economics said that it was “both remarkable and unexpected that economic gender equality is within our grasp.”

“There are still many barriers and examples of outdated attitudes. To ensure greater equality is reached as soon as possible, we must be vigilant. And governors and organisations need to continue to develop and support programs for diversity and inclusion,” said Ms Hutley.

Among the key drivers of economic progress for the September quarter was an increase in female full-time employment to over 3.16 million and a 20-year low in the average wage disparity between men and women.

The expansion of the Women’s Index to include the ASX 200 positively affected progress. Women now occupy 28.5 per cent of ASX 200 board positions.

“We need to continue to discuss important issues like inclusion and gender balance around board room tables and management, however we also need to increase the activity around these matters,” said OneVue Managing Director Connie McKeage.

“We need sustainable change and Financy’s Women’s Index is one of the levers we can rely on to provide facts to support our calls to action.  Every step forward we take as organisations that care, no matter how small those steps may seem at the time, can contribute to creating a better more
balanced future.”

There are also signs that the superannuation gap between men and women may be closing, although in absolute terms the gap is still very substantial.

The country’s biggest super fund, AustralianSuper reported that the gap between the life-time retirement savings of men and women fell to 28 per cent at the end of the 2018 financial year, from 30 per cent in 2017.

“It will give women the opportunity to top up their super in years where they have more income and will help bridge the retirement gap,” said Ms Charman.

She added women should also remember that they can make additional after tax contributions to their super and claim them as a tax deduction.

“The key for women is to engage with their super and now is perfect timing with end of financial year statements being issued to fund members,”
she said.

Education data suggests that wages and graduate salaries could be having an impact on the types of courses that women study beyond high school.

Female engineering graduates are earning more than male graduates, and are enrolling in this field at more than three-times the pace of more traditional female-dominated courses like Education.

Despite this, the average female graduate is still paid less than male graduates across all course areas.

Meanwhile Mining and Information Media and Telecommunications, which are among the highest paying sectors, stood out as having links to the fastest growing education pathways for women.

“It’s really encouraging to see that young women may be starting to make education and career choices that are aligned with higher paying jobs,” said Jo Masters senior economist ANZ.

“This is a key factor in reducing the national gender pay gap, which has fallen to 14.6 per cent, from 15.2 per cent in November 2017. Progress is being made, although it’s still important to achieve greater equality.”

Health Care and Social Assistance recorded the biggest gender pay gap increase of any sector, up 9.6 per cent to 25 per cent in May compared to 22.8 per cent in November.

Bianca Hartge-Hazelman writes on women’s money matters as the founding editor of Financy and the Financy Women’s Index. This article first appeared on Financy.com.au

"Thanks for providing a place for these issues to be measured Bianca. Keep it up!"