The long-awaited announcement about the future of JobKeeper and JobSeeker is out. JobTweaker, as it is known, has given some of us a six-month breathing space to either find a vaccine or discover how we can coexist with COVID-19.

The long-awaited announcement about the future of JobKeeper and JobSeeker is out. JobTweaker, as it is known, has given some of us a six-month breathing space to either find a vaccine or discover how we can coexist with COVID-19.

It is currently supporting 960,000 businesses and 3.5 million workers, or around 30 per cent of the pre-COVID private-sector workforce. It is the largest fiscal measure in Australia’s history.

But while the government’s continued good intentions in trying to keep ordinary Australians afloat has been largely welcomed, it hasn’t removed the threat of what economists have called The September Cliff.

And it has yet to address the needs of tens of thousands of Australians who are looking for guidance to keep their family finances together in the face of unprecedented pressure.

The continuation of JobKeeper for another six months is certainly a positive policy. But there is another critical player in the economy – the small business community.  According to leading consultancy, Deloitte, its fate has still to be addressed.

To use a medical analogy, it’s on life support.  And many experts believe the prognosis is not good.

Dr Pradeep Philip and Kristian Kolding claim in an article in The Australian this week that as many as 240,000 businesses – 10 per cent of SMEs – are in danger of going under in September, when the climate for bank loans changes. They had been relying on an end to the ravages of the pandemic.

“The tragic reality of the pandemic is clear for all to see: around one million Australians have lost their jobs or dropped out of the labour market, while small and medium-sized businesses, with their higher fixed costs, smaller cash reserves and barriers to lending, are barely keeping their heads above water.

“Indeed, the latest ABS Business Indicators survey observes that nearly 30 per cent of small businesses have cash on hand to support operations for less than three months.” 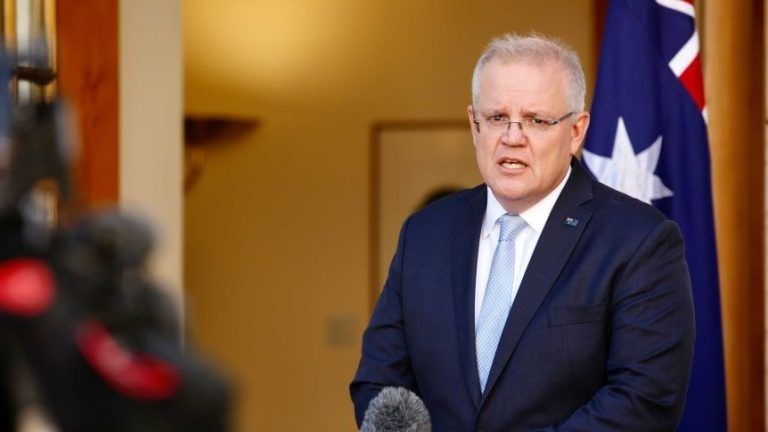 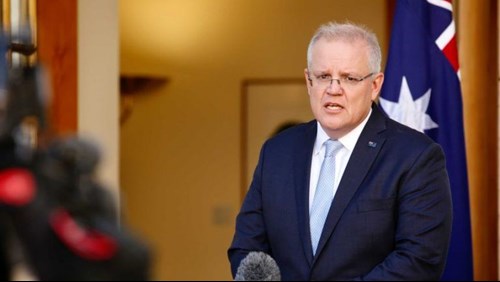 Prime Minister Scott Morrison agrees. He said there were businesses still experiencing a 90 per cent reduction in turnover in the business events, exhibition, aviation, entertainment, hospitality and tourism industries.

“There will be several months for businesses to adjust to the next phase,” he said. “The supports that have been in place since April will be in place until September, and then we’ll move into a new phase.”

So while yesterday’s announcements about JobKeeper and JobSeeker removes the immediate pain of having the blood transfusion cut off, it doesn’t mean the patient is about to jump out of bed and do somersaults. In may cases, revenues have dried up, and tens of thousands of jobs and families have their lives on a knife edge.

The government’s announcement begins the process of targeting benefits it didn’t have time to do in March, when COVID-19 was a menacing force and the only solution was to get cash into the community fast.

But the threat to the fabric of our business community remains. And at a cost of $11 billion a month, the solution is untenable in the long term.

JobSeeker, for instance, continues only until December and drops at the end of September from $550 to $250.  This is paid on the base rate of $612 a fortnight for someone with children.

But there is a very Liberal sting in the tail:  you can earn $300 a fortnight without having your benefits affected as a way of “encouraging people back to work.”

It is expected some 2.5 million workers will come off JobKeeper by Christmas.  While some will still have jobs, many won’t. How will those families cope?  No-one knows.

Their world will be more complex. From October until the end of March 2021,  the $1500-per-fortnight JobKeeper subsidy will be replaced by a reduced top up payment of around $1200.

Why are these benefits being reduced? Some 3.5 million workers are on JobKeeper. And almost 900,000 are earning more than before the crisis. That, especially for a Liberal government, is politically untenable.

Some businesses have even profited from the crisis. So “actual turnover change” using BAS statements will help identify those firms that are worth saving, from those who are actually doing well, and “Zombie” enterprises that won’t emerge from the COVID-economy.

In all of this lies one important fact:  the government needs to keep individual families afloat and hold on to as many jobs as possible for what is still hoped will be a post-pandemic boom.

It’s pumping money in.  But is it doing anything about ensuring it is well spent?

Together Australia believes that one important area of help is being overlooked: financial advice for those that need help to keep their heads above water.

The government conceded, when it capped at $300 advice on the early withdrawal of super, that help managing money was important.

We believe it needs to go further.

“Government support for business to engage professional advisers will enable innovation and new practices, allowing businesses to regain their momentum and look to the future,” the CPA said.

“To encourage small businesses to ask for much-needed help, the Government should provide them with a voucher that they can redeem for professional advice.”

Apart from Together Australia, no-one suggested similar measures for individual workers and families.

Lynde Adams, a financial adviser at Mulcahy & Co, told TogetherAustralia: “I believe clients will be very relieved for the extension of benefits (although reduced).

“Living in a cross-border town of Vic/NSW our community has a long way to go, with tighter restrictions now imposed meaning our toughest times are still ahead.

“Our community (Mildura) has a very strong reliance on hospitality and tourism so local businesses are really struggling.

“We also have a very strong horticultural sector which will be trying to manage seasonal workers whilst adhering to border restrictions and isolation requirements.

“The Jobkeeper and Jobseeker provisions are helping to keep some heads above water, but a longer period of restricted travel will see many doors unlikely to re-open.”

Noni Crawford of AMP’s Hello Wealth told us: “Many of my clients have been impacted by reduced hours or job losses throughout 2020 and regardless of budgeting and pivoting to make money where possible, they have been struggling financially and had been beyond anxious of how to make ends meet post September.

“These extensions, will provide peace of mind and the financial ability to keep their mortgages, pay the bills and provide for their family.”

On JobSeeker, she added: “Payments are looking to be made easier with an increased level of income that can be earned by the recipient and their partner outside of the JobSeeker, plus all waiting periods will be waived (excluding the liquid assets).

“For those working 20 hours or more per week, the extended rates of JobKeeper will be reduced on a sliding scale from September 28 to $1,200 per fortnight and from January 4 to $1,000 per fortnight.”

She added: “It is interesting to note that while the JobKeeper eligibility may become harder, the JobSeeker is becoming easier. While Australia is still dealing with a new wave of Coronavirus this extension proves how quickly those six months have passed and highlights the importance of  how badly we need these lifelines.”

Her budgeting advice in the current climate? “Cash is king right now. The first step would be negotiating every essential expense and eliminating non-essential costs where possible. Eligible people have accessed their Super and cancelled planned spending which is instilling the importance of emergency savings for the longevity of this pandemic.”