Where Does The Buck Stop?

Recently we’ve seen a couple of examples of people in positions of eminent power come unstuck after falling foul of some regulations that would on the surface seem pretty straight forward to comply with. While some may think the CBA money laundering scandal and our Parliamentary citizenship crisis are separate issues, the way they are resolved could have wider long term significance. 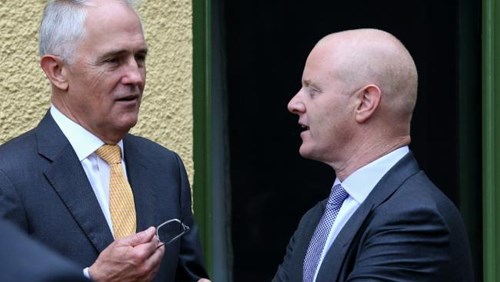 Recently we’ve seen a couple of examples of people in positions of eminent power come unstuck after falling foul of some regulations that would of the surface seem pretty straight forward to comply with. We’re talking about the allegations that the CBA failed in their duty to pass on Threshold Transaction Reports (TTR’s) to the relevant authorities, and the numerous federal politicians who failed to do due diligence on their citizenship status – potentially disqualifying them from sitting in our federal parliament. While some may think they are separate issues, the way they are resolved could have wider long term significance.

A bit of background for those not in the know.

In recent years, the CBA has introduced a new type of ATM called an Intelligent Deposit Machine (IDM). IDM’s can accept up to 200 notes per deposit, or up to $20,000 per cash transaction, with no limit to the number of transactions made per day. The machines accept cards from any bank for deposit – as long as money goes into a CBA account, and the money is instantly available to then be transferred anywhere in the world. The CBA is required to report cash transactions of $10,000 or more in hard currency to AUSTRAC in time for assessment, as required by anti-money laundering laws. AUSTRAC alleges that the CBA failed to comply with this regulation on 53,700 separate occasions between November 2012 and September 2015. The transactions in question had a total value of around $624.7 million. The maximum fine for EACH transgression is up to $18 million.

CBA Chief Executive Ian Narev said the failure was due to a “coding error” which resulted in the transactions not being reported, and has also said that because it was one coding error, the banks should probably just face one charge, instead of 53,700.

In the time since some amateur sleuth alerted media that there could be an issue with Greens Senator Scott Ludlam’s eligibility to be in the Senate due to contravention of section 44 of our constitution, there are now question marks over the citizenship status of around a dozen (who can keep count!?) sitting members.

The potential implications of this mess are massive because to coalition have a majority of one (1) seat in the House of Reps. Any removal of sitting members in the lower house (unlike the Senate) would result in a by-election to find a new member, which could change the balance of power in Parliament and potentially result in a change of government.

Section 44 of the constitution states: Any person who:

Anti-money laundering laws require that he CBA report cash transactions of $10,000 or more in hard currency to AUSTRAC in time for assessment.

Not So Simple Reactions

The reactions to both cases have been riveting to see unfold.

After saying on August 9 that the board had full confidence in Narev, five days later it issued a new statement offering a departure date.

CBA Chair Catherine Livingstone denied the timing of Mr Narev’s departure had been brought forward because of the AUSTRAC revelations, but Blind Freddy would see things differently.

Meantime in Canberra, the twists and contortions on display are seriously something to behold. After piling onto the Greens for being sloppy and basically saying they deserve to be kicked out of Parliament, the coalition has gone from seeing the matter as simply straightforward to something that has to go before the High Court to be examined. Liberal senator James Paterson must be feeling exceptionally hypocritical after the following tweet:

…but then, many Australians would agree that hypocrisy is a pre-requisite to being a politician.

Simon Cowan, writing in Fairfax said “Politicians are rightly held to a higher standard than mining companies or bankers, though both are important…they are entrusted with office by virtue of the democratic will of the population, in accordance with the rules laid down in the Constitution. There should be consequences for failure to uphold those rules, even if it is limited to removal from parliament.”

While it is admirable that the biggest head at the CBA will roll, the congratulations should be tempered by the fact that previously not much happened after the CBA’s Financial Planning and Life Insurance scandals, and the recent news that the bank will have to refund 65,000 customers $10 million after mis-selling consumer credit insurance and refund $586,000 in premiums to 10,000 customers after overcharging them Home Loan Protection insurance.

Personally, I’d like to have the opportunity to have the benefit of the doubt when I stuff up – as I did recently when, instead of sticking my new residential parking permit on my car windscreen, I left it face up, clearly visible on the dashboard overnight (about 4cm from where it would be affixed) – so I’d have a chance to clean the windscreen prior to sticking it on. Despite my protestations, no benefit of the doubt was given, I had not complied with regulations and I had to stump up over $300 for my error.

Whilst obviously not saying my situation has equivalency in significance to CEO conduct or the leadership of our country, the regulatory frustrations we all experience need to be seen to applied fairly across the board, otherwise accusations of one rule for the plebs and another for the high and mighty become normalised. In spite of obvious non-equivalency, the feeling that the deck is stacked against you can can be a powerful and emotive stimulant for an individual. The fabled "fair-go", which is cultivated as uniquely Australian by politicians in this country, is nonetheless a trait common amongst the entire human species.

When double standards are seen to be applied in dealing with the elite of our society, it shakes our ubiquitous sense of fairness and confidence in the “system” is eroded. How many elite financiers or bankers went to gaol after the GFC? The general population does not forget these types of things. It is not a long bow to draw to say that this dynamic, if illustrated openly over an extended period of time can have calamitous outcomes for society. Ask Marie Antoinette. It could be argued that the election of Donald Trump and the Brexit vote are in part manifestations of this dynamic.

As Malcolm Farr wrote on News.com – “The compliance demands of contemporary life are huge, from registering your car to paying your taxes. But they apply to all of us.” He continued… “There should be no exemption for those in Parliament.”

*(Breaking news – Nick Xenophon may be British, but will leave it to the High Court to decide!!)

"It it part of life that we must accept hypocrisy. The only thing that makes life unfair is the delusion that it should be fair. Business people learn early that fairness doesn't apply, you take what you can get away with. Just ask Donald Trump."

"It it part of life that we must accept hypocrisy. The only thing that makes life unfair is the delusion that it should be fair. Business people learn early that fairness doesn't apply, you take what you can get away with. Just ask Donald Trump."