Where Did All The Dover Advisers Land?

It’s hard to believe, but it’s already been 2 months since Terry McMaster sent the shock email the advisers notifying them of Dovers closure. So what has happened to all those Dover advisers? 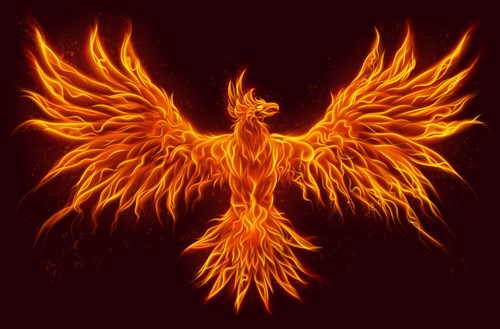 Hard to believe, but it’s already been 2 months since Terry McMaster sent the shock email the advisers licensed under the Dover Group that he controlled, notifying them that Dover would cease operations. All service provided under Dover’s license was to cease by July 6th. So what has happened to all those Dover advisers?

The closure affected over 400 advisers who were with Dover at the time. The sudden nature of the announcement led to questions regarding the ability of advisers to find new homes and how quickly the industry might be able to absorb them. Dover advisers trying to find a new licensee were also confronted with the news that ASIC indicated they would have heightened oversight for licensees taking on ex-Dover planners and said it would "vet all advice" given by these planners for a period of time.

Due diligence was the buzzword at the time – some licensees indicated privately they simply would not entertain licensing ex-Dover advisers, being wary of ASIC’s spotlight. Advisers were also cautioned to do their due diligence on licensees – mindful that they should not expose themselves to a similar situation with a licensee with “question marks over it”, given ASIC’s promise of increased vigilance.

Given the tumult, where then is the state of play today?

Adviser Ratings has done analysis on the latest data available from ASIC regarding licensee movements.

Dover had 404 advisers the day before McMaster sent his notification. The latest data indicates that 285 (71%) of these advisers have found new licensees, leaving 119 former Dover advisers yet to find a new home. 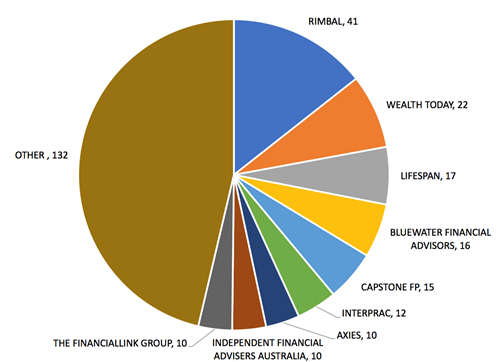 With ASIC indicating a newfound focus on compliance and putting licensees on notice for bringing Dover advisers into the fold, we have identified nine Licensees who have taken 10 or more Dover advisers, indicating their commitment to growth and their confidence in their research and on-boarding processes. Of these licensees that have used the Dover fallout to grow their base it appears Rimbal has taken the opportunity to establish a licensee presence from Dover’s demise, capturing more than 10% of former Dover advisers.

Nearly half (132) of the newly placed former Dover advisers went to licensees who took on single digit numbers of advisers. All up, of the now 2,000 licensees in Australia, 61 of them housed 1 Dover adviser or more.

Figure 2 indicates selected licensees additional numbers of advisers since April, and how the influx of Dover advisers has added to the growth trajectory of some of the licensee that have taken in multiple ex-Dover advisers. It shows the licensees that were already growing strongly, indicating their appetite for expansion prior to Dover’s collapse, against those whose strong growth in numbers has been aided mainly by ex-Dover advisers. 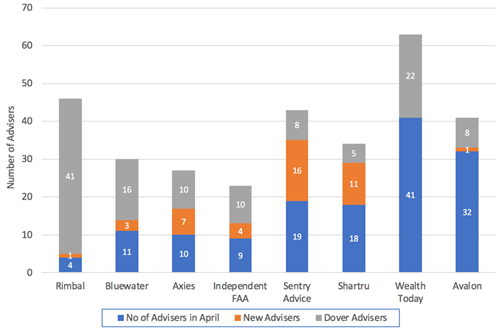 We are yet to see how many ex-Dover advisers have exited the industry, never to return but Adviser Ratings will continue to monitor the situation to help understand how well the industry can absorb such a shock collapse and what can be learned for advisers and the industry in general, in the future.

We trust that the 61 licensees, who have on-boarded ex-Dover advisers, particularly those with multiple numbers have a robust compliance system and appropriate staffing in place, as ASIC has indicated they will come knocking to review their businesses.

"To Fed up adviser, Peter Daly stepped down as AIOFP chairman yesterday https://www.ifa.com.au/news/25847-peter-daly-steps-down-from-aiofp-roles"

"PS Directors of AIOFP - step down from this association. You're doing yourself reputational harm."

"Surprise surprise - The FinancialLink Group - the owner of Beacon Group. Why would an ex-Dover adviser move there? That's where ASIC will be focusing - https://www.smsfadviser.com/news/16818-asic-obtains-court-orders-against-dealer-group-owner - And happens to be Chairman of the AIOFP (which adviser in there right mind would be associated with this organisation). Some directors of this Association need their head read. One in particular doing untold damage to Deakin University - https://www.aiofp.net.au/directors-officers/"

"Surprised so many found a new licensee! Rimbal will be closely watched. Feel for the clients"