Advisers are currently paying anywhere between 5%-15% of their revenues to licensees to support them with licensing requirements – from technology to training to access to discounted services like research. A fundamental aspect of every licensee - the Approved Product List or ‘APL’. 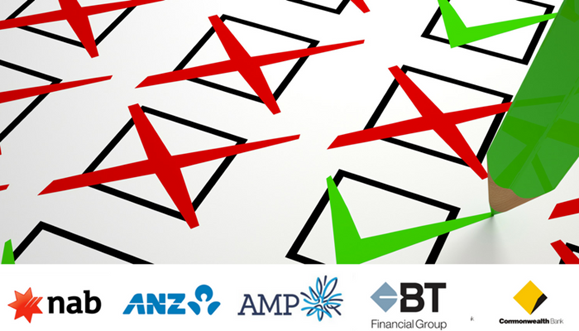 Advisers are currently paying anywhere between 5%-15% of their revenues to licensees to support them with licensing requirements – from technology to training to access to discounted services like research. One of the fundamental licensing elements is that of the “Approved Product List” (APL) – a co-regulatory construct that licensees examine and research products and determine what advisers can or cannot sell to their clients.

We currently have 1,531 licensees in Australia that license 24,000 advisers. The APL is not an explicit requirement under legislation nor captured under any Regulatory Guide issued by ASIC, although ASIC RG175 does articulate client best interest in promotion of products.

51% of advisers are part of dealer groups and ownership structures that are heavily reliant on the APLs of their licensees, and the research that has been undertaken by the licensee for the adviser to promote or sell certain products to their clients. So, do advisers have a wide enough APL to consider the varied interests of their client base? Should we have a universal APL that takes the decision making away from licensees?

When we founded Adviser Ratings, there were predominantly two sides to the APL debate:

On evaluation of the two groups, there were two distinct "markers" that could suggest both sides of the divide weren't acting in the client's best interest. Those in the first group were more likely to promote manufactured products and those in the second group were more likely to promote high commission or “riskier” products. Hence the advent of FOFA.

So, wouldn’t a universal APL be the panacea for the industry problems? Funded by advisers or licensees as an independent body out of the 5-15% revenue streams? When discussing this story with advisers, product providers and executives of licensees, we have paraphrased some of the feedback, both positive and negative:

- “From the $200M collectively that the majors spend, an independent body could be funded to weed out the product that should not exist. Although it would mean the majors pitting their product against each others”

- “There would be no reason for CBA, AMP and the like to exist if they had a universal APL”

- “With an all encompassing, wide APL, there needs to be consideration given to training of the products listed. That said, most advisers and licensees would still stick to what they know, but it would give leeway to advisers to consider product they wouldn't normally."

- "Clients will always have product they want their advisers to consider, that would undoubtedly never make a universal APL. Consideration needs to be given for this."

- "Smaller licensees wouldn't have to carry the burden on the opaque APL construct that exists with many licensees today. Given the ever increasing cost of compliance, an aggregated solution like this would be welcome for the 1-2 man bands."

So, could a universal APL actually work?

One executive described it like banishing the State Governments and giving the reins to the Federal Government.

"There are too many vested interests and unforeseen impacts to licensee's bottom lines, to research houses that syndicate their research and to product manufacturers coming up with the next hook."

"What about an APL that could be shared amongst like-minded AFSLs? Say there were 10 boutique advice groups (APL) who saw the benefits in having a shared APL. Would this be possible? What would be the benefits / disadvantages? Thinking further, is it possible to now outsource all of the core functions of an AFSL such that responsibility still remains with the AFSL, however execution lies with a third party provider. Remember when all Financial Planning software program were proprietary? "

"As an example; AMP advisers only use AMP products. The widest APL ever seen would not change the pressure from the dealer group to use in-house products, and they would continue as before. Wide APLs do not mean an adviser doesn't have a one fits all approach...."

"I just don't see how this would work. The diversity of advisers and their different approaches to investment selection, allocation and administration is too broad to have it encapsulated under a single APL. What would happen is that a single APL approach would be so broad as to be almost meaningless. I've worked at AFSL's that were aligned to the majors and also at 'independent' groups and am now self-licensed. The independent group actually had a much narrower APL than the AXA/AMP licensee for investments, with only around 30% of the investment options coming from in-house. Although everything had to go thru an aligned platform. For insurance, both allowed me the choice of all the major insurers and we placed around 30-35% with the aligned product where it suited and the balance elsewhere. "