Markets up, markets down, markets up again...anyone who thinks they know what the effect of a Trump Presidency will have on the global economy is playing with fire. We just don’t know if he means what he says and will have to wait and see. 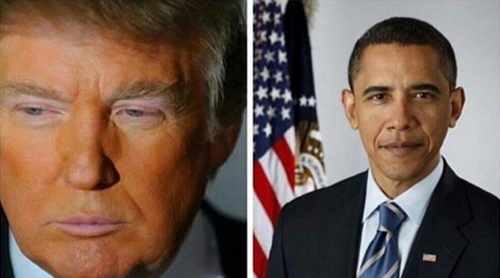 "Orange is the New Black"

Markets up, markets down, markets up again...anyone who thinks they know what the effect of a Trump Presidency will have on the global economy is playing with fire. We just don’t know if he means what he says and will have to wait and see. With so much already written about his historic win, it might be wise to just give the situation a few weeks to settle down so we can more clearly see what happens. In the meantime, the guys at Watershed Funds Management sent us their take on Trump’s win - and we thought the headline and accompanying pic was too good to ignore.

Two countries; The UK and USA walk into a bar…

UK: Blimey, Voting for Brexit was the stupidest thing any country could have done to itself this year!

In a stunning upset thus week, Donald Trump was elected as the 45th President of the United States, sending markets and US futures into freefall. Most observers, ourselves included, were of the belief that even a nation that had previously elected wrestler Jesse Ventura, Arnold Schwareznegger and Jerry Springer to high political office, would baulk at electing the former reality TV star as President. Additionally, Trump’s campaign was marred by controversy, from his lewd remarks in reference to women, to a series of outrageous claims with respect to his intentions for US policy on immigration, trade and geopolitics. To many outside observers he seemed unelectable. But Trump was able to prey on voter fear and their general dissatisfaction with the current state of US politics to secure an unlikely victory underpinned by his an anti-globalisation agenda on trade and immigration.

Investors worldwide held their collective breath as the President-elect began his victory speech last night outlining his plans and hopes for the nation. However, the brash and at times irrational Trump from the campaign trail who bragged of building two thousand mile walls, ripping up trade agreements and imprisoning his opponent, became far more measured and conciliatory in his message.  He was magnanimous in victory and spoke of the nation coming together, of healing political division and reinvigorating the US economy via a prodigious investment in infrastructure.

His speech went a long way to assuage the fear of US investors who hope Trump’s promised spending plans coupled with his proposal to slash the US corporate tax rate from 35 per cent to 15 per cent could trigger long overdue inflation and take pressure off the Federal Reserve to keep interest rates near zero. There is also optimism that the Republican clean sweep of the White House and Congress is poised to end six years of legislative gridlock and enable Trump to deliver his pro-business agenda on tax and regulation. Subsequently the US market failed to follow the global stock rout and the Dow Jones closed up 1.4 per cent.

Despite this buoyant market reaction, there still remains considerable uncertainty with respect to the policy intentions of the Trump administration. Concerns remain with respect to his campaign threats to ignite a trade war with China, to impose a 35 per cent tariff on Mexican goods, to renegotiate the NAFTA trade deal with Mexico and Canada and to reject a pending Pacific Rim deal with 11 other countries including Australia. However, there is confidence that the fact he has to work with both the Senate and Congress to pass such legislation will prove a moderating influence on his policies. Additionally, many Republicans have already flagged they will not support any such anti-market, protectionist agendas. As these issues are gradually resolved we expect heightened market volatility.

"The US Election has been a devastating outcome. But, the comments made by one of the above, that while they are both now Republican held majorities in both Houses, the extreme Policy Proposals of Protectionist Policies by applying Tariffs upon imported goods from China & Mexico, removing the US from the TPP Agreement with 11 other Nations, re-negotiating NAFTA, as well as all the sometimes outrageous comments he has made about Walls, Women, Muslims, Mexicans etc, make people who work in Stock and Financial Markets very nervous. Thus the volatility. The proposal to let us just weight and see after the "dust has settled" is a good suggestion, as there are many Politicians equally as nervous. "

""Concerns remain with respect to his campaign threats to ignite a trade war with China, to impose a 35 per cent tariff on Mexican goods, to renegotiate the NAFTA trade deal with Mexico and Canada and to reject a pending Pacific Rim deal with 11 other countries including Australia." Add to that he will tear up the Paris Climate agreement and cosy up to Putin - the future is more bleak and unpredictable than at any time in the post war period."

"Couldn't agree more Andrew. The value of a financial planner to help guide people in these volatile times cannot be underestimated."

"The events in the last 24 hours, in fact wait, in the last year and perhaps in the last decade, go to show how change is a constant part of financial markets. It has now become increasingly important to understand money matters and have a strategy in place. Now is the time where a financial plan will be the key to future financial freedom."