The Necessity of Life Insurance

After all the bad news about life insurance and advisers, it’s good to hear at least one story where having an adviser attached to the policy made all the difference.

After all the bad news about life insurance and advisers, it’s good to hear at least one story where having an adviser attached to the policy made all the difference.

Ian Hamilton has worked in the NSW Hunter Valley for 20 year with his own advice business in Singleton called Hamilton Insurance and Investment Services. 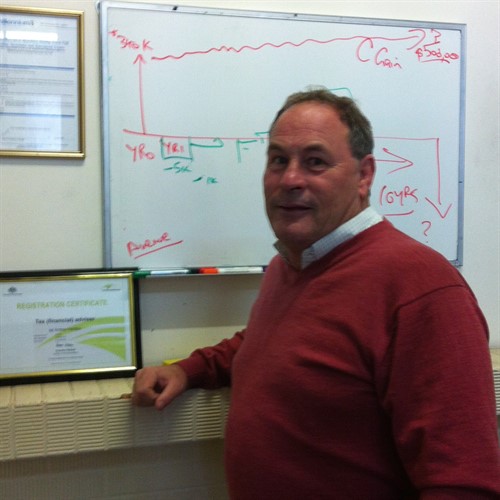 Through an existing client he met an Aboriginal woman who was married with two children and ran a service station in the far north west of the state.

When her husband died she was left with what he describes as a mountain of debt and with two young children. She was declared bankrupt.

Ian says she was determined to provide some security for her children, then 4 and 8, and took out a $300,000 life insurance policy with AMP.

"It really was a sad situation at this time and as she approached me to enquire about life cover, I felt good to be able to get her the cover," he said.

She used to pay religiously at the same time every year but then after four years she stopped.  Ian called her and left numerous messages with her associates, but there was no reply.

He later learned she had died from cancer after the policy had lapsed some 18 months, and that she had been travelling regularly to see specialists in Sydney from her home in the NSW north west.

He did some digging and discovered she had been diagnosed as terminally ill while she was still covered, and that a claim could be paid.

Contacting her family he was able to get records from her GP and specialist, which satisfied AMP and they paid out in full.

Ian set up an investment fund and an annuity to pay school fees upfront. This meant her daughter could attend a boarding school in Brisbane and her son was set up in a business in Byron Bay.

“All this happened five or six years ago, but if there hadn’t been an adviser attached, as opposed to a call centre, no one would have known or cared about the life insurance and the children would have got nothing,” he said.

“I’m pleased and proud that I pursued it, and was then able to invest the money for the children and give them some start in life.”

"Nice work. The power of knowledge, research and advice in action."

"Well done Ian - we should never underestimate how much a financial advisor can assist clients make good decisions that have lasting positive impacts on families. It is so disappointing that Trowbridge believes that clients have enough get up and go to do this all themselves. So the result of implementing Trowbridge in its current form is that - advisors will be unable to give advice for many clients unless they are able to afford an upfront fee, without advice, we will have more people underinsured or with no insurance and then more people will need government handouts when it all goes belly up. I thought we were trying to teach people to be self sufficient - ie save for your own retirement, protect against your risks.... "

"You care about your client and you are a good sleuth! Very proud of what you've done for this family."

"Ian, that's what our role is about. Over the years we all gather great experiences and get to know we have made huge changes to others lives and this in reality is what makes our role so important. At the end of my road, i know that that my contribution to the public has far exceeded my previous role as a farmer many years ago. Its nearly a golden rule that any easy to get insurance with little underwriting does not pay many claims. I have personally seen these declined claims and hardly possible to get them paid. they dont do "businesses cases". So never buy online or mail or cold canvassed calls. Often these covers sound cheaper, but they rarely are."

"Thanks for your comment James. We cannot provide any advice to you but we will email you to connect you with advisers who would be more than happy to address any questions you may have or alternatively can use our search functionality to find an adviser to help you."

"So, I was going to take out life insurance with a company called Insuranceline. Can somebody at Adviser Ratings please email me - this makes me think otherwise. Thanks for the newsletter."

"Well done, Ian. I am moved to tears. You have fulfilled a mother's wishes."

"Great work Ian. I agree you added great value and are a role model of what can be done. I'm not sure how Trowbridge et al referenced above would want this behaviour to change? In fact I sense he and others in the know want more of this, with the issue for them around how the value you provide is spelt out initially by you and agreeing upfront that you are to be paid for it accordingly. We moved from commission to agreed flat dollar based fees years ago and it made us better identify and articulate the value we can add. Not all prospects recognise this and become clients. This is their loss. We are now better remunerated than ever in our 30+ years of operation. Clients and us are very happy. Keep up the great work."

"Well done Ian - thanks for sharing Adviser Ratings (as an adviser, although I'm still on the sidelines, I have to admit). Please keep up these sort of stories."

"WELL DONE IAN. GREAT TO SEE YOU ARE STILL IN THE BUSINESS AND GIVING EXCELLENT ADVICE. YOU WERE ALWAYS A GOOD RISK WRITER AND YOUR YEARS OF EXPERIENCE AND TENACITY HAVE PAID OFF IN THIS CASE. THIS BUSINESS IS ABOUT PAYING CLAIMS, AND LOOKING AFTER OUR CLIENTS, AND I BET LIKE ALL OF US RISK WRITERS YOU DID NOT CHARGE A FEE FOR COMPLETING THE CLAIM WELL DONE BRUCE MCVEY"

"Refreshing to read - can you get Fairfax to print these stories!!!"

"great story, Ian. I hope John Trowbridge and the others 'in the know' have read this.... "

"This is the value advisers bring to life insurance that the direct life insurance companies can't and won't do - thanks for this and good job Ian. We should be sharing more of these stories."