Lists were usually regarded as boring documents when I was growing up but now they are a basis of a whole new school of journalism, such as eight reasons you make bad financial decisions.

Lists were usually regarded as boring documents when I was growing up but now they are a basis of a whole new school of journalism, such as eight reasons you make bad financial decisions.

This engrossing piece appeared recently in The Guardian and while it’s worth a read below is a highly condensed version with comments. Much of the reasoning has to do with wrestle between delaying gratification and being impulsive. So I’ll divide the piece into two stories with the four reasons you make such decisions for the former group and it’s available online in full for the later.

1. You are poor, tired and worn out 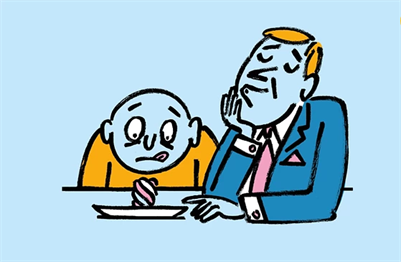 Why use a payday lender, or an exorbitant consumer lease to buy a TV or eat junk food when you can make better at home for cheaper? The story quotes a recent Wold Bank Report, as featured in AR two days ago, that being poor is akin to tax on your social and psychological resources.

“The World Bank cites numerous academics to back its findings,” says the Guardian story,” That the cognitive deficit of being preoccupied with money problems is equivalent to a loss of 13 IQ points, losing an entire night’s sleep or being a chronic alcoholic.”

It’s a fascinating and scary frame through which to see the poor and explain some apparently counter-productive decisions.

2. You fail the marshmallow test

It’s the famous 1960s test, you can see some fun You Tube vision trying the same thing, where kids are offered one marshmallow now or two if they can wait. They are then alone in a room with the goodie and of course a camera to observe them.

The experiment when followed up shows those least able to delay gratification were least able to plan and think ahead. The trick is to be able to distract yourself from desire. Think of the marshmallow as the credit card which appears to give and give until you have to pay the bill.

Apparently there is a gene linked with financial success by affecting the way we learn financial information and our tendency to make impulsive decisions. It’s called catechol-O-methyltransferase, or COMT.

Gene are now blamed or thanked for everything and it’s hard to separate out their influences from so many others to be definitive. This gene has also been said to make people both more altruistic and more stingy

This one is worth quoting.

“The sweet spot for financial decision-making is at the age of 53 – either side of that we are most likely to make mistakes, such as paying too much for credit cards, failing to work out interest rates, paying too many fees and even wrongly estimating the value of one’s house,” says the story.

Financial literacy scores decline by 1% for every year past 60. Our ability to remember numbers has declined by 30% when you reach 80. And while 50% of 80 year-olds know they need financial advice the rest do not.

They are all four good reasons why being better off, younger but not too young, genetically well-placed and able to defer gratification you are the better off you maybe financially. More tomorrow.