The Bigger Picture - How Can Advisers Help?

The recent 10-year anniversary of what became known as the “GFC” invariably raised questions about what we have learned and what has changed that might prevent a similar calamity in the future. Many think another crisis is imminent. Do financial advisers have enough ammunition to future proof the finances of their clients in a world that seems ever more complex and uncertain?

The recent 10-year anniversary of what became known as the “GFC” invariably raised questions about what we have learned and what has changed that might prevent a similar calamity in the future. Many think another crisis is imminent. Do financial advisers have enough ammunition to future proof the finances of their clients in a world that seems ever more complex and uncertain? 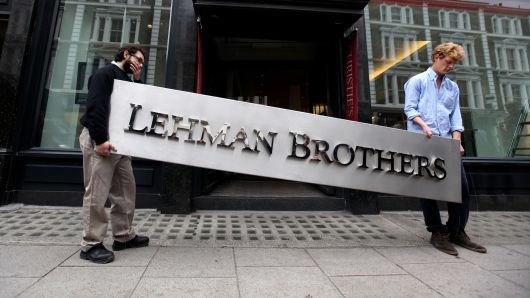 In one of the policy responses to the GFC, governments around the world slashed interest rates to help kick-start economic activity in a search for the fabled “green shoots” of economic recovery. But the “austerity” policies put in place around much of the world, which involved both cutting taxes on business AND government expenditure ended up stalling economic recovery and has led to a prolonged low-interest environment world-wide. This, in turn, saw money searching for a for better return on investment than interest could provide. More recently, the US is finally growing again and interest rates are tipped to rise, but there are many warnings that the problems that caused the crisis ten years ago have not been resolved and that another GFC may be imminent.

The “austerity” (belt-tightening) policies introduced by governments mimicked the preferred action proposed by the neoliberal economic orthodoxy that has come to dominate government policy around the world in the last 40 years. While Australia missed the worst of the GFC and is currently enjoying its 27thyear of uninterrupted growth, neoliberalism is being increasingly challenged for failing large parts of society. Most recently criticism came from none other than Bernie Fraser.

The former Treasury secretary and Reserve Bank governor says Neoliberalism has caused 'misery and division' and a society that’s “less fair, less compassionate” and “more devoid of trust in almost every field of human activity” in the last 20 years. Neoliberalism's critics say that it basically funnels money upwards - those at the very top do very well, but unless you're in the top 10% - you're not seeing the benefits of growth and more likely - you're actually going backwards, particularly with the prolonged stagnation of wages that has been the new normal in more recent times. The big problem with the governments proposed tax cut for big business is that history shows their is no guarantee increased profits will lead to more employment and higher wages. People ARE increasingly struggling in their own situations and a tax cut for big business just isn't passing the pub test in the current environment. Both young and old Australians are facing financial hardship.

The national debt helpline has recently said more older Australians are struggling in poverty, with “record numbers of older Australians calling in, unable to pay rent, or make good on their mortgage repayments”. Similarly, The Salvation Army's financial counselling service, Moneycare, warned it was at breaking point. In the 2017-18 financial year, Moneycare saw an 18 per cent increase in Australians seeking help. The service has seen a big increase in the number of Australians over the age of 55 reaching out for help to deal with what it calls "severe debt", which is debt at more than six times a person's annual disposable income.

It seems likely that the cost of some of the measures put in place to strengthen banks resilience against another crisis, for example increasing capital requirements, along with internal pressures resulting from our own Royal Commission, such as tightening lending standards, have been or will be passed onto consumers as banks are reluctant to reduce their profits and risk a fall in their share price. The “wicked problem” for Australians is that with so much of our future security tied up in superannuation, of which a significant proportion is invested in bank stocks, consumers are in a no-win situation – facing higher interest and tighter lending in order for their super to remain buoyant.

It’s a bit like the housing affordability quandary – a surprisingly high proportion of young home owners (between 30 per cent and 40 per cent) actually increase their debt from one year to the next. There is no doubt housing affordability should be addressed from a policy point of view to make it easier to buy a house – but doing anything that lowers house prices is policy poison because reducing house prices is seen to disadvantage the majority of Australian who own their home outright or who are paying it off.

Such internal and external pressures on Australians finances seems set to continue. Neoliberal inspired “misery and division”, has arguably resulted in the elevation of Trump in the US and to Brexit in the UK, which has added further volatility and anxiety to the political and economic environment in which average people are trying to secure their futures.

How well are financial advisers placed to alleviate Australians concerns, and fortify their futures in the face of this unpredictable future? What messages can the industry send out to re-assure Australian that financial advice is even more relevant in today’s environment than ever?

"This is what is wrong with neoliberalism - according to Fraser - who would know... Fraser in large part blames “neoliberalism” and its influence on policymaking for the “disconnect between Australia’s impressive economic growth story and its failure on so many markers to show progress towards a better, fairer society. “Favouring the market system ahead of the state system, and individual interests ahead of community interests, can lead to profoundly unfair social outcomes. Those unable to afford access to decent standards of housing, healthcare, and other essential services have to settle for inferior arrangements, or go without.” We need to heed his warning otherwise we'll end up with Hanson or someone like her running the joint."