Part of our task as an industry is to restore the public perception of financial advice after scandals of the past. A transition towards more professional industry standards may come at the expense of thousands of advisers if some are to be believed. Are advisers 'carrying the can' for the industry's past sins?

Increase the credibility of the industry in the minds of the public. Everyone seems to want the same thing. Most will agree that past and recent scandals in the financial advice industry have led to a perception in the mind of the general public that the industry is full of "shonk’s and charlatans". We know that is not the case and that the vast majority of advisers do great and valuable work for their clients. But efforts abound to increase the professionalism of the industry and to raise standards of education, in part - to help with this negative public perception.

Comments such as those by Now Financial Groups director and adviser, Mark Dunsford - that “most of the broad scale failures in financial services have been perpetrated through vertically-aligned businesses, not small businesses” should be noted and kept in mind when we look at who is “carrying the can” and paying for the industry’s past mistakes. We know the industry has to come together and work towards getting credibility back in the minds of the public. One way mooted to achieve this is to increase the qualification standards required by the industry and to start to transition the industry toward the path of being a fully professional one, similar to doctors, accountants and lawyers. This particular strategy puts the onus on individual advisers to help the industry regain credibility, through furthering their own education.

While it is a sound idea, and one that we in principle - like almost everyone supports, the problem is - how does the industry go about achieving this transition in as orderly a manner as possible. There is currently legislation proposed that will require new financial advisers to have a degree, undertake a professional year and pass an exam. Existing advisers will be provided a transition process and will be required to complete an appropriate degree equivalent and pass an exam. Ahh the transition process. So this “transition” will entail the completion of an appropriate degree equivalent. Definitions come to the fore here. What exactly is a “degree equivalent”, who will decide (currently a standard setting body with a board of 7 directors has been mooted), will it be courses that already exist or will new programs have to be developed? What about different types of advisers? And of course – who will pay?

As an example of a currently available qualification that may be considered “degree equivalent” we may look at Kaplan’s Master of Financial Planning. This qualification has its own pre-requisites and requires the completion of 12 subject units (10 core and 2 elective) over a period of time that suits the adviser. Each subject unit takes 3 months to complete and each subject unit costs $2,275.  Lots of financial advisers out there have already done the maths. It’s been reported that many advisers who have been in the industry for many years will be contemplating leaving the industry. Both the AFA and FPA,  and others have made statements questioning the proposed requirements for existing advisers and warned of the consequences that may follow. 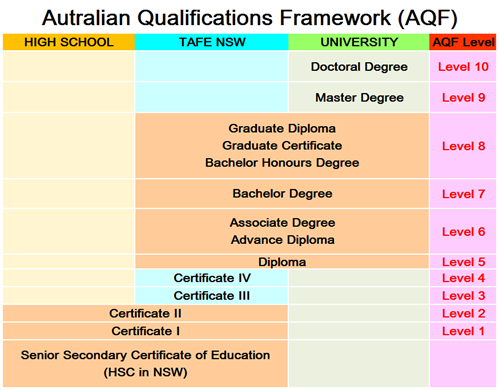 Proposals that better the industry should be supported and advisers must share the load when it comes to shouldering the burden of regaining credibility, but we should also be aware of the pitfalls involved with proposed solutions and what the industry landscape would look like if they were to take effect.

For example – take the courses that may end up qualifying for this “equivalence”. In the words of Jerry Parwada, the head of the school of banking and finance at UNSW Business School – and a vocal critic of education standards within the industry “The present system of training financial planners is tainted and higher education providers should resist being used to rubber-stamp these failed systems (retrospectively) to give them credence.”

It is proposed that current advisers meet the new standards by the middle of 2019. Ironically, these proposed requirements for higher qualification may, in the short term lead to less further education by advisers. Who will be willing to spend time and money gaining a qualification that may not count towards the new requirements? New qualifications by themselves will not change cultural deficiencies, described by ASIC’s Deputy Chair, Peter Kell, of institutions that have poor values and a ‘sales culture’ focusing on a ‘share of wallet’ rather than the wellbeing of the customer. And just to throw another cat amongst the pigeons – how will the new proposals apply to new forms of advice like robo-advice?

At Adviser Ratings, we know as well as anyone the consternation involved in applying equivalence or otherwise to different qualifications. There will be winners and losers and not everyone will be happy with the outcome. The process put in place to enable this transition must take full account of the repercussions to the industry as a whole if as suggested, thousands of experienced advisers were to leave the industry. We all want higher standards and a public recognition of such, but the outcome for the consumer as well as advisers should be kept in mind. A scarcity of advisers and increased compliance costs may lead to higher fees for consumers which would exacerbate the problem of too few people getting financial advice in the first place. Who wins and who loses should come into consideration if we are trying to create an improved landscape for advice in Australia and the process should be as open and transparent as possible. Here’s hoping!

"Surely an Advanced Diploma of Financial Planning for a risk adviser is sufficient. Yes I have other courses that I have completed; Bachelor of Social Science (Sport), Graduate Diploma of Education (Physical Education), Diploma of Financial Markets, but most of my experience comes from working in the industry, dealing with real client situations and running the business."

"Advisers are already well educated enough to rort the system and their clients should they wish to. The sharks will still be out there, now they're just wearing a mortarboard. It's the licensees lack of auditing prowess which is the problem. Unfortunately that means more audits and ASIC reporting. Everyone is now penalised for a few unethical planners and a dodgy licensee who was a principal member. Further education does nothing when you want to teach morals and ethics. Even a good adviser can become evil if he is pushed to the edge !!!"

"Hey Dave, let me guess, expert in Robo Advice because it doesn't sound like you are that highly intelligent to talk with a real person. Like Perry I was taught to sell peace of mind to Clients over the past thirty years. Still don't have a black mark against my name as well. I don't suppose you "sell" your Professional Fee or "sell" a concept or strategy?. Experience does count and this must be very strongly portrayed to our misguided friends in Parliament. Paula was honest enough to say it took her seven years, whilst trying to manage a Business and Family to obtain her Degree. It is that tough. We can't allow the same brush that was used for the recent Life Insurance debacle otherwise 1000's will leave the Industry."

"FPA all the way! Wouldn't look sidways at the other assosciations."

"I think you'll find the FPA has worked hard for our profession (which is where we need to get to) with Mark's tenure. I hope Dante can do the same. I feel proud as a member."

"How will the FPA and AFA make money if they don't continue to push this education line. Apart from a couple of "pat-ourselves" awards days every year, I don't know what else they offer. It's a merry go round and we all reach into our pocket every year coz everybody else does - by the way, well said Perry!"

"Watched a movie last night called Dave the Donkey could it be the same no couldn't be surely Dave did you read Ainslee comments that says it all as pure fact. I am a 32 year Veteran you know donkey and at 68 still going strong without one blemish on my record How you looking Quite frankly it is all new money for old rope and just another way for the FPA to generate revenue even Stevie Wonder could see this once they got into bed with Kaplan and it will repeat in some form every two years have no doubt about that but July 17 is it for me so K sera sera sera "

"The "Transition" to professionalism is a dog's breakfast. It will take a lot more than 3 years to get everyone in line. The current submission is fine for new entrants but very unfair to experienced advisers. If they were no good they wouldn't have been successful for as long as they have been."

"I have no issue with increasing education requirements. I have completed a Bachelor and a Masters degree. I do however believe that it's an unreasonable expectation that advisers with higher education who meet ongoing CPD whilst in practice should be required to sit and pass exams every year.. The government needs to allow existing advisers some breathing space to upgrade because part time study is very difficult."

"To complete a degree or unknown equivalent for the already working in the industry is absolutely ridiculous! I saw the writing on the wall back in 2009 and started my degree in 2010 - I will be completed by 2017 but as I work fulltime have had to complete on a (very) part-time basis. It has taken me this long and you are given 10 years to complete a degree normally by education institution with good reason - it is difficult to do when combined with working full-time, family etc etc."

"Degree in 2 years is ridiculous - most people can buy university degrees these days. I can tell you now my 30 years in this industry serves the customer much better than having to spend the next 2 years and $50,000 behind a desk for a bit of paper. A whole heap of claptrap if you ask me."

"What are the banks doing to restore public confidence? They say sorry (if we're lucky) we're looking into it and we'll do better next time. They are a cartel - consumers have no where else to go even if they don't like banks."

"It would be a good thing if thousands of advisers left the industry. Too many used to just selling product. A clean slate is what is needed. Short term pain for longer term gain"