Was NAB had being ’open and transparent” with ASIC regarding compensation to its super customers for being charged more fees for no service. Maybe, maybe not... 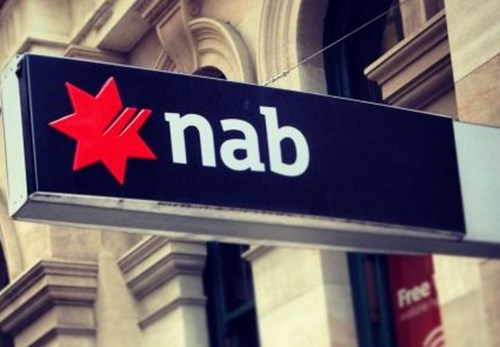 The greatest portion of the Royal Commission hearings on Monday were taken up with counsel assisting the commission Michael Hodge QC trying to snag NAB's chief customer officer Andrew Hagger (NAB's most senior executive to front the commission, and a direct report to chief executive Andrew Thorburn), challenging him on whether NAB had been "open and transparent” with ASIC regarding compensation to its super customers for being charged more fees for no service.

When $34 Million Is Reported As Half That

Hagger was recalled to the witness box to explain why ASIC had been left with the impression NAB was up for $16 million in compensation to its super fund customers, when he knew the figure was closer to $34 million.

ASIC was due to put out a report at the end of October 2016 on the industry-wide “fee for no service” scandal. The report, subject to widespread negative media coverage, was released on the same day as NAB's 2016 full-year results. The smaller amount ASIC listed in its report put NAB “in the middle of the pack”, rather than one of the worst offenders (an “outlier”) in terms of that amount of remediation it would have to pay compared to other banks.

But just a week before the report came out, The NAB board had agreed to a higher amount of compensation to its customers, nearly $34 million.

The Importance of PR

The commission had heard there was concern within the bank that unfavourable publicity would derail the bank's profit announcement. The final (higher) figure was due to be given to ASIC a week or so later anyway – this fact was never in question – it was all about the timing. So apparently this whole debate about misleading ASIC and transparency is taking place, ostensibly because of NAB not wanting bad publicity ruining their profit announcement.

It’s a bit like Bill Clinton’s Lewinsky impeachment scandal – not so much about the merits of what was actually done – but did he lie about it?

Under sustained questioning, Mr Hagger conceded that in a phone call he made to then ASIC commissioner Greg Tanzer, (to actually give him and update on the banks remediation discussions prior to ASICs report going out), he could have said that the board had met and that NAB’s best estimate for the amount payable would be $33 million. He didn’t, because he “didn’t want to preempt them” and that the decision still had to be approved by the super fund's independent trustee, and not just NAB. Mr Hagger said he was leading Tanzer with “good signposts” on what was to come.

Tell It To Me Straight

Hodge then put it to Hagger that if ASIC had asked directly – “have you just stepped out of a meeting where the board has agreed to full remediation – you would have said yes”, and Hagger agreed he would.

“What you were doing was making sure he was never able to say ‘why didn’t you contact me before we put out the report’” Hodge states, but Hagger doesn’t agree.

Commissioner Hayne interjected around this time with the zinger - “So being open and transparent was accomplished by saying ask us what you like but we won’t tell you what to ask.”

As well as giving “good signposts” to ASIC and having “positive, constructive, open conversations with Mr Tanzer”, Hagger reiterated several times that NAB were also having some “tough conversations” with ASIC and having disagreements as well! Maybe he was trying to assure the commission that things weren’t always sweetness and light in their relationship with ASIC.

While Hagger was on the stand, the point was also made that NAB had recently admitted that on 84 occasions between 2014 and 2017 it failed to provide a significant breach notice to ASIC within 10 days - which is a contravention of the Corporations Act. When told 83 of the 84 breaches related to NAB Wealth, Hagger said he was not surprised, “because there were a lot of things that needed to be fixed within NAB wealth and breach reporting was one of them”.

It all appeared a little Pythonesque to some.

The whole situation again points to the respect, or lack-there-of, in the relationship of some parts of the industry toward the regulator. If NAB feels like it can play around with their reporting, maybe being a little “fluid” here, or “fast and loose” there with what they need to tell and what they don’t – to the extent where they can be accused in the Royal Commission of misleading ASIC, just to get better PR for their profit announcement, they must be pretty comfortable indeed with their relationship with the regulator.

Hagger went on to say when the plan service fee matter was announced, ASIC publicly said NAB had co-operated with them. “I’ll bring that up with ASIC,” was the reply from Hodge.

While Tanzer has since left ASIC, the regulators deputy chair, Peter Kell is due to appear at the commission on Friday - on the subject of the regulator’s effectiveness.

That should be interesting viewing.

"Why risk trouble with ASIC just for PR when it was going to come out soon after anyway. Is PR the only reason to do this? Could there have been some KPI's and bonuses based on the share price increase at their announcement? I can't see the logic in not being completely open otherwise if the full figure was coming out anyway? Unless they really didn't think it was an issue and ASIC wouldn't care??? Come to think of it, if there was no RC, quite sure we never would have heard about it anyway. Maybe ASIC would have said - You should have told us and NAB would say - Oh sorry, promise we will next time!"

"Can'y blame the bank. They weren't asked directly so they didn't say anything. Any other business would have done the same thing."