The fallout continues around the release of the Hayne Royal Commission’s interim report last Friday. Haynes assessment boiled down to banks chasing short-term profits at the expense of basic standards of honesty. In asking what will come of the report and what the likely ramifications for the industry are, it’s important to understand how we got here. For advisers - will self licensing replace the current model?

The fallout continues around the release of the Hayne Royal Commission’s interim report last Friday. At over 1000 pages it poses a lot of questions regarding financial system conduct and regulation as well as the architecture of the system itself. Haynes assessment boiled down to banks chasing short-term profits at the expense of basic standards of honesty. In asking what will come of the report and what the likely ramifications for the industry are, it’s important to understand how we got here. For advisers - will self licensing replace the current model?

Rather than make direct recommendations, the report asks a series of questions as to the causes of, and remedies to the failings of the industry. Hayne’s opening remarks set the tone for the wide scope of potential actions to be worked through, saying “to understand why the banks could, and did, act as they did, it is necessary to look at some fundamental considerations”. He noted the privileged position banks occupy in Australia, referencing their size, government “backing”, lack of competition and ineffective regulation in explaining how the misconduct and fraudulent behaviour exposed by the commission was perpetuated.

Some choice quotes from Hayne’s report:

“Banks have a special position in the economy. They are licensed under commonwealth statute … To carry on any banking business in Australia without authority is an indictable offence. Others can therefore enter the market only with permission”.

“Competition within the banking industry is weak. Barriers to entering the industry are high. To participate in the economy, to participate in everyday life, Australians need a bank account. But they are reluctant to change banks. Each of the four largest banks is a powerful player in the market.”

“The law sets the bounds of permissible behaviour. If competitive pressures are absent, if there is little or no threat of enterprise failure, and if banks can and do mitigate the consequences of customers failing to meet obligations, only the regulator can mark and enforce those bounds”.

“…neither the Australian Securities and Investments Commission (ASIC) nor APRA has done that in a way that has prevented the conduct described in this report”.

This points ultimately to the architecture of the system itself – government-backed banks, operating in an oligopolistic market, with ineffective regulators and regulation – has led to the situation where we had to have a royal commission into appalling bank behaviour.

Regarding the regulators, ASIC and APRA, the report was particularly scathing. “When misconduct was revealed, it either went unpunished or the consequences did not meet the seriousness of what had been done”. It went on…”(ASIC) rarely went to court to seek public denunciation of, and punishment for, misconduct” and APRA “never went to court”.

“Much more often than not, when misconduct was revealed, little happened beyond apology from the entity, a drawn out remediation program and protracted negotiation with ASIC of a media release, an infringement notice, or an enforceable undertaking that acknowledged no more than that ASIC had reasonable concerns about the entity’s conduct.”

Hayne said the types of punishments handed out were hardly likely to change the behaviour of Australia’s large financial entities, noting that these “imposed penalties (that) were immaterial for the large banks”

For their part, the regulators issued brief responses. The chair of ASIC, James Shipton, said the regulator noted “the report’s serious and important observations” about the performance of the organisation, and would respond in a new submission to the royal commission.

APRA deputy chairman Helen Rowell said “APRA intends to review the report in full and will respond to the many important questions and issues raised in it via a formal submission in due course.”

Ever since the 1997 Wallis inquiry, the regulatory philosophy adopted in the financial system has been a co-operative regulation model, relying on industry self-regulation and disclosure to authorities. 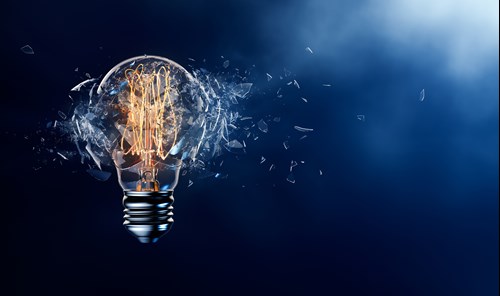 Back in 2014, ASIC warned that factors behind consumer losses in the finance sector “challenges some of the assumptions and philosophy underlying our financial regulatory system”. In a speech, commissioner John Price said “in particular, the assumption that underpinned much of retail financial services regulation since the Wallis inquiry — that disclosure is the best tool in almost every instance to fix market failures — has not been borne out in practice,”

Hayne was particularly harsh on this co-operative, disclosure-based free market model of regulation, saying it “reflected the prevailing conditions of deregulation and globalisation” at the time. After 20 years, it seems to have run its course. The likely removal of this model begs the question: ‘what will it be replaced by?’

Of particular concern to advisers, a section of the commission’s report askes some pointed questions regarding what it perceived as “conflicted” remuneration models that currently exist for the sale of insurance products. It questioned why life insurance commissions should remain as a carve-out to the conflicted remuneration provisions of the Corporations Act and why they should not continue to be reduced to zero. The head of the AFA, Phil Kerwin, on reviewing the report said that (it) “…does not suggest a good understanding of financial advice and it is also apparent that the Royal Commission does not seem to acknowledge our submissions to date”. He added “While we understand the myriad of complexities and issues with adviser service fees and grandfathered commissions we cannot see any justification for a review, let alone removal of life insurance commissions,” he added.

There is also the real possibility that the licensing regime for financial advisers may change dramatically. Professional Planner noted that commissioner Hayne formally questioned the role of licensees in the interim report. Hayne asked whether an individual licensing system – with advisers reporting directly to ASIC – would provide a better framework for the industry. He used the subject of ASIC’s bans, and regulatory powers more broadly, to lead into a question about the current licensing arrangement.

Earlier this year, in round two of the commissions hearings, counsel assisting the commission, Rowena Orr asked “Is it possible to implement a single system for professional discipline of financial advisers?” “Would a system of licensing at both an individual and an entity level be more appropriate than the existing system of licensing only at the entity level?” Orr’s question was in response to ASIC’s Louise Macaulay admitting on the stand that the current licensing system was a hindrance to effective monitoring in the advice industry. When asked if consideration should be given to individual licensing, Macaulay replied: “Speaking personally, yes, I think there should.”

Adviser Ratings CEO Wealth Mark Hoven said there is a good chance the Hayne royal commission’s interim report could lead to a secondary review of the legitimacy of the current licensing regime, an opinion that has been echoed by others in the industry. Regardless of its merits, if such a change were to take place, it would denote a paradigm shift for the industry. As a possibility, it adds further uncertainty for advisers already questioning their future in a rapidly changing advice environment.

"Individual Licensing sounds good in theory. Unfortunately, the reality can be quite different. We live in a heavily regulated world and I fear that the BID to clients will fail, as advisers will no longer have time to see them. After wading through a growing and complex compliance regime that demands much and will deliver less to advisers, who will struggle to meet the cost of doing Business and as Sue mentioned, fight an ongoing battle to even attain reasonably priced Professional Indemnity Insurance, it will become an easy decision. Either continue at high risk with diminishing returns, or lay off all staff, leave the realm of Self employment and watch the whole thing explode and disintegrate, until from the ashes, some semblance of sanity emerges and the Government then will realise, that what they achieved, was the exact opposite of what they told everyone would occur. This Government and it appears to be the current Australian way, is to ignore the lessons of other Countries and experienced people who have the solution and instead listen to crack pots and vested Interest groups whose sole purpose is BID for themselves. Example One; FASEA and the Education lobby groups who can see Billions of future revenue, teaching theory, while the world passes them by. If the sums don't add up, Advisers will walk and we end up with a clueless society. Maybe that is the End Game the big end of town and Government want? "

"As a licensee, let me say that its hard enough to get professional indemnity insurance at a viable cost. If all advisers were licensed, what would the handful of PI insurers have to say about it? We need a comprehensive "group" insurance policy which covers all advisers who are members of a professional organisation, such as accountants have had until recently."

"FA's are the perennial whipping boys. The industry is being burned to to ground. We're f#%$^."