This week at the Banking Royal Commission, Life insurance was in the dock. The commission heard stories of misconduct and potential illegality across the entire length of the insurance process. Events raised more than a few eyebrows and again highlighted the worst behavior in the industry. Will the commission change things? 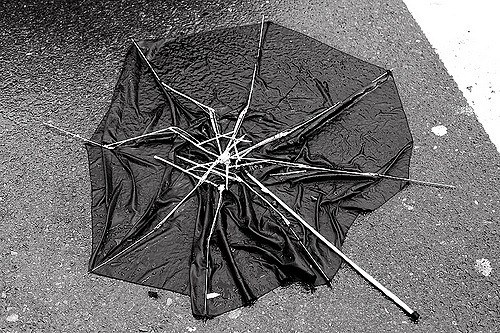 This week at the Banking Royal Commission Life insurance was in the Dock. The commission heard stories of misconduct and potential illegality across the entire length of the insurance process; the hard selling tactics of insurance sales, deliberately out of date medical definitions that were kept for commercial benefit, the length some companies went to deny claims, and the seemingly cosy relationship that institutions had with the regulator when negotiating penalties. The events raised more than a few eyebrows and again highlighted the worst behavior in the industry. Will the commission change things?

This week was the first of 2 weeks scheduled, to look at the life insurance industry in Australia at the Banking Royal Commission. The commission heard that life insurers in Australia earned $18.3 billion in direct premiums in the year to March 31, and the total assets held by life insurance companies was $230.1 billion. In 2017, most life insurance sold was via the retail channel, like through financial advisers (84%), while 15% was sold direct (over the phone, for example), and only 1% came from group cover – although the overwhelming majority of life insurance products by number (70%) are held through Super funds. Regarding premiums paid, Group sales represented 40 per cent, retail 55 per cent and direct 5 per cent.

First up, ASX-listed insurer ClearView group’s chief actuary and risk officer Gregory Martin admitted that Clearview may have broken the law up to 303,000 times by cold calling people to sell life insurance, in breach of the anti-hawking provisions of the Corporations Act which ban the sale of financial products in unsolicited calls. Mr Martin described the conduct as a "mistake" and said the company did not understand it was breaching the law at the time. “At the time that we were doing that we didn’t understand that we were breaching the anti-hawking rules, that’s nothing more complex than that, we just got that wrong … we made a mistake...” Martin said.

Next under the grill was another “direct” insurance provider, Freedom Insurance. Sales staff at Freedom Insurance pushed tens of thousands of policies on unsuspecting customers via a number of high-pressure outbound call centres. Staff at these centres were “frantically” driven to sell with bonuses such as cash rewards, Vespa scooters, trips to Bali and harbour cruises, and in competitions that set employees against one another despite a ban on conflicted remuneration.

It was also revealed that many of the policies sold were largely useless, full of exclusions, and rarely claimed upon. The company paid out very little compared to the revenue it generated. The numerous examples of “hard selling” given in evidence at the commission is illustrative of the type of scenario that critics of the “sales culture” in the finance industry talk about. The providence of an insurance policy for the individual becomes divorced from agreement and the transaction becomes all about closing the deal, getting the customer across the line and hitting the target numbers.

Later in the week, insurance giant TAL accepted that they deployed bullying tactics and offensive communications in its handling of an income protection claim from a nurse who suffered from anxiety. TAL rejected the claim for non-disclosure on the basis that the nurse did not mention she had six days where she was not coping well due to work and home stresses. The Financial Services Ombudsman made a determination in the nurses favour, but TAL decided to hire a private investigator for $20,000 to conduct a very invasive surveillance on the nurse including by following her around to the local swimming pool and the pizza takeaway store from 9am to 6pm. TAL then accused the nurse of fraud and communicated that they would seek recovery of $68,890 worth of benefits it had already paid. Tal admitted its treatment of the insured constituted "misconduct" by TAL and a "breach of professional standards" by the company.

The Commission also heard disturbing evidence regarding crucial medical definitions that were not adopted by the CBA’s life insurance division, at least in part because of commercial considerations and also that CBA mislead the Financial Ombudsman Service over a heart attack sufferer’s case. CommInsure had known from at least early 2012 that CommInsure’s definition of heart attack did not reflect the universal definition of heart attack, but it did not adopt the standard until March 2016 – which left some heart attack sufferers being assessed for policy pay outs against outdated definitions for years.

The Royal Commission heard that 8 out of 10 life insurers admitted there have been deficiencies in reviewing and updating medical definitions in the past five years.

Following on from the outdated medical definitions, the CBA got in trouble with the regulator, ASIC, for running misleading ads by stating heart attacks are covered by trauma cover when in fact only severe heart attacks are covered due to its outdated medical definition. As reported in the Fin Review, “Even though misleading consumers in financial product ads is a criminal offence with a $2 million fine for each breach, ASIC let CommInsure get away by making a paltry $300,000 donation to a community legal centre. It also let CommInsure get away with not making any admission about misleading consumers.

It what is probably the worst look for ASIC (who our new PM referred to as a “tough cop on the beat”), in October 2017, ASIC asked executives at the CBA if they would “sign off” on the form of words that the regulator proposed to use in the media release announcing CBA's action penalty. CBA eventually got back to ASIC weeks later with their own version and wording of the media release ASIC should put out. When the media release finally came out - a week before Christmas, there was no acknowledgement that the advertising statements may have been misleading or deceptive, nor was there acknowledgement that ASIC's concerns about the ads had been reasonably held. This scenario makes it hard not to think that there is a bit of a case of “regulatory capture” going on, and certainly makes the claim of being the “tough cop” a mockery in the eyes of the public.

"98% of retail life insurance claims are paid.... In 28 years I've had $34,000,000 in claims paid and not one single rejection. It seems that these most important facts are lost here. Group insurance and Junk Direct insurance....well that's another story!"

"What were my parents on about when I was a young kid??? They always told me that stealing and lying was a terrible thing and that other children wouldn't like me or want to play with me if I did that. They also told me if I did these things, I'd go to jail. Well, what all these horrendous stories coming out of the RC show me is that my parents were wrong! You CAN lie and you CAN hide it when you do and you CAN steal from others and it's okay. It's also apparently okay to be an UNBIASED regulator and just turn a blind eye when you discover it - as long as you get something out of it at the same time. You know what else....this is just an absolute sham!"

"I am very very proud to be an adviser. There are always some bad eggs in any industry so we shouldn’t get carried away by judging ourselves harshly when we do such good work for our clients. "

"If these revelations keep coming, there won't be an industry left in 5 years. ASIC really have a lot of questions to answer for the way they have been handling their role. Regulatory capture is right. Politicians need to be held to account as well. Massive over regulation of individuals and the new FASEA rules are not the answer. I have voted Liberal all my adult life and am no far of unions, but I read this just yeasterday: Remember Abbott’s TURC? It resulted in one criminal conviction for one state branch secretary and one conviction for a low level official. The banking royal commission has found hundreds of thousands of instances of potentially criminal conduct (so far), hundreds of millions of dollars worth of unlawful fees, misappropriations and possible thefts as well as overseeing millions upon millions of dollars in fines for the big banks." .- admittedly this was from the head of the ACTU - but how can anyone argue that the politicians and regulators haven't let us and our clients down terribly with their wilful ignorance of some of the stuff that has been made public at this commission. It's been going on for years and continues. The fact that 99% of advisers do the right thing by their clients means nothing when the public keep getting exposed to these messages. It's pathetic. makes me sad and embarrassed to be part of this industry"