It must be said that this Royal Commission is eliciting profound introspection and a certain amount of 'blue sky' thinking by those appearing. It continued yesterday with more revelations including the acting AMP Chair conceding some AMP advisers lacked education. Other extraordinary ideas were thrown in, not least that banks could pay customers to sue the bank, in order to facilitate an effective and timely response for any potential remediation, in response to disputes. The very nature of Capitalism itself was also in question. 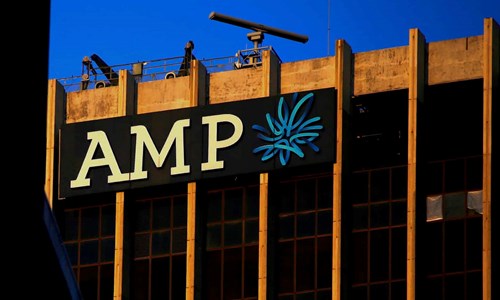 It must be said that this Royal Commission is eliciting profound introspection and a certain amount of 'blue sky' thinking by those appearing. It continued yesterday with more revelations including the acting AMP Chair conceding some AMP advisers lacked education. Other extraordinary ideas were thrown in, not least that banks could pay customers to sue the bank, in order to facilitate an effective and timely response for any potential remediation, in response to disputes. The very nature of Capitalism itself was also in question.

NAB Chair, Ken Henry was in the dock yesterday. Henry was Treasury Secretary from 2001 to 2011. He joined NAB’s board as a non-executive director in November 2011, and became chairman in December 2015. Many of NAB’s scandals occurred in that time.

Henry was questioned over the inordinate amount of time (three years) it seemed to take NAB to work out how to compensate its customers regarding fees-for-no-service issues that were first reported in 2014.

Unlike other banks, the royal commission heard NAB had wanted to ask customers to opt-in to having their fees reassessed rather than telling them if they had been "ripped off" by the bank.

Dr Henry conceded it was "absurd" that the bank spent three years negotiating with the regulator over how to compensate customers who had been charged for financial advice that was never given.

This type of behaviour has been seen in some circles as “stalling” in an attempt to wear down the regulator the get them to accommodate a “better” deal for the bank. But Henry said the process itself was somewhat dysfunctional and proposed a potential better way, saying “I think our habit of going to ASIC and seeking to negotiate an outcome with ASIC, I think that has led to elements of dysfunction, and it has certainly contributed to an insufficient pace of remediation for customers.”

He suggested to commissioner Kenneth Hayne that NAB customers could sue NAB to get a better and faster outcome for remediation, with NAB funding the court case, saying that taking NAB to court could lead to faster resolution of customer complaints. Henry used the example he saw during his time as treasury secretary - of the commissioner of taxation. “He has a budget to fund law suits against himself, in that case to provide law clarification, clarification of the law without having to, you know – anyway. And I have wondered whether - I don’t know, but it’s something that I have wondered whether, in retrospect, we shouldn’t have done that.”

Henry was asked by counsel assisting, Rowena Orr, whether the bank was too focused on shareholders at the expense of its customers. This gave him the opportunity to wax about the very nature of the capitalist mode of production, pronouncing: "It goes to the state of capitalism…’’

Henry then went on a somewhat philosophical journey on whether bank customers should be seen as people to be served (seems simple enough…but no…) OR “instruments” to secure shareholder profit.

"The capitalist model is that businesses have no responsibility other than to maximise profits to shareholders,’’ he said.

"A lot of people who have participated in this debate over the past 12 months have said that all that you should hold boards accountable for is that they are focused on the maximisation of profits for shareholders. Now, of course, some people will say: ‘but that doesn’t mean that you can mistreat customers, because doing so might be the interests of … the short-term interests of shareholders, but not in the long-term interest of shareholders.’ But even that approach sees customers as instruments in an instrumental fashion; that the customers are seen as the means by which shareholder profits are secured rather than the customer being the focus, what the business is actually all about.’’

Put simply, according to capitalism "It's not about the customer, it's about the profit." If you want to paraphrase Adam Smith, he says as much himself; Customer satisfaction is a by-product of the self interested pursuit of profit.

This might be Ken Henry hurling out a "truth Bomb", but it is laughable. The chuckling you can hear may very well be Marx and Chomsky having a giggle, with this public admission from a senior business executive. Even though it's true - no one in the business world really admits to this line of argument in public. You've all seen the advertisements - big business really does care about the customer...

According to Ken Henry, that's Capitalism for ya. So presumably minions such as the RC participants shouldn't try to apportion too much blame, particularly to boards, after all, they're just playing by capitalism's rules. And anyway, Henry confirmed later that NAB has changed its thinking around this. Rather than positioning the business to maximise shareholder returns, subject to customer and regulatory tolerance, NAB’s purpose today was to maximise the outcomes for customers, subject to financial viability. Henry described that as a "profound distinction’’ and "a monumental shift.’’

As Stephen Bartholomeusz says, writing in Fairfax; "The view of customers and shareholders as competing interests, where the sole responsibility of a business is to maximise shareholder returns, is a rather crude and antiquated one." We may see the commission recommend some changes to economics 101 in university syllabuses.

What Are Boards For?

If you thought Henry was blaming capitalism for treating customers badly, he then also questioned the idea that boards should even be required to attempt to ensure they have a view on the bank's risk culture including the rate of misconduct events it was accruing.

"I don't know whether this is the appropriate forum to say, but I will say it here now anyway, we have said consistently to APRA the word "ensure" is a bit strong. It's really difficult for a board to be held accountable for ensuring anything, just as it's rather difficult to hold APRA to that - to that standard of ensuring an appropriate risk culture" Henry said

If “It's really difficult for a board to be held accountable for ensuring anything”, what are boards for?

Why are we bothering?

Henry also copped a grilling about how the bank was going to resolve the cultural issues that led to the misconduct revealed at the commission, including NAB's fees-for-no-service scandal.

Ms Orr asked: "Do you have a view on how long it's going to take to embed the culture that you want?"

Dr Henry replied it could take a decade. "It could be 10 years. I hope not. But I wouldn't be at all surprised. That would not be unusual for organisations that seek to embed change in cultures."

After Ken Henry left the dock, he was replaced by Mike Wilkins, the acting chief executive of AMP. In striking evidence, it was revealed that AMP’s systems are so inadequate that they only this year realised that their remediation program for customers who’ve been charged fees for services they never received (a problem stretching back to 2008 at least) would hopefully be finished in three more years.

It is in the process of agreeing to the terms of a proposed remediation program with ASIC, which on its current schedule, would mean some customers will have waited 17 years before being repaid. Appearently one of the problems was tracking down the customers who had been charged a fee but had not received any service.

AMP Advisers Under A Bus

The two big ticket items that came to light yesterday afternoon will no doubt create consternation for all AMP advisers, in varying degrees.

In a second piece of testimony that will please few AMP advisers, Wilkins offered an unflattering assessment of why so many customers were charged fees for services they hadn’t received. Wilkins claimed that some of AMP’s financial advisers lacked the education to realise that they shouldn’t have been charging fees to customers if they weren’t providing those customers service. It was also stated that AMP has the highest ratio of banned advisers to current advisers in the industry (9% versus the next highest, 5% CBA).

The AMP share price was down a further 4% in this morning’s trading.

"Of course, when you take what used to be considered an automatic ongoing "commission" payment, and re brand it a "fee for service" everyone's expectations will change. Too bad this wasn't put into context for the Commission. "

"How could AMP advisers "lack the education" to realise charging for no service was ok. Isn't this just another case of the exexcutives blaming advisers for their lack of oversight? I'm not an adviser, but I would assume there were processes in place - checks and balances to alert AMP to this happening? AMP must have said somewhere along the line that the procedures that led to this were ok? Or maybe not? Can any AMP advisers enlighten me?"

""Wilkins claimed that some of AMP’s financial advisers lacked the education to realise that they shouldn’t have been charging fees to customers if they weren’t providing those customers service." That's not an education problem - that's a common sense/ethical problem "

"The Royal Commission doesn't want any ongoing advice fee payments. My guess is they'll change Opt-In from Bi-Annual to Annual. This will achieve little but is what they've got their heart set on. The problem we have is there's 3 different forms of ongoing payment. There's 1. Grandfather trail commissions. 2. Grandfathered ongoing advice fees entered pre FOFA ie pre July 2013 (don't need to Opt-In). 3. Ongoing advice fees entered post FOFA that need to Opt-In every second year. The common sense & balanced approach is simply move everyone to this third option and all these issues will stop occurring. "