The Banking Royal Commission kicked off this week, with the other big news being the Labor party announcing a controversial election policy that will effect hundreds of thousands...want to know more?

This week proved to be one that had special significance for the Australian financial landscape. The Banking Royal Commission kicked off, which inaugurates what will no doubt be a steady stream of revealing, negative, harmful, embarrassing and ultimately depressing headlines about certain behaviours and deeds of our major banks and other businesses associated with the financial sector. The other big news was the Labor party announcing an “upfront” election policy, promising to end cash refunds for excess imputation credits paid to individuals and superannuation funds. The changes announced would likely affect hundreds and thousands of full and part pensioners, but more on that later, first up… 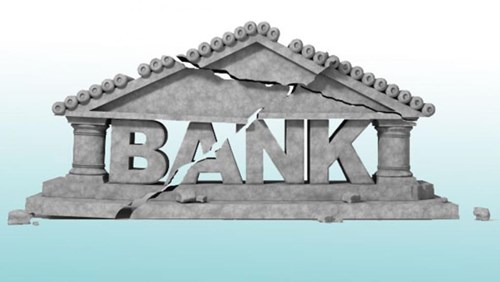 Systemic failure? – They’re all doing it…

A letter, which until this week was secret, written last year by CBA chief executive Ian Narev, admitted the current system of remuneration for mortgage brokers was inherently conflicted and was leading to brokers writing bigger loans in order to collect bigger upfront and trailing commissions.

Despite CBA knowing mortgage brokers were selling mortgages to customers that were riskier, more expensive and more likely to burden customers with excessive debt, they felt they could not do anything about it until commissions were reduced “uniformly across the industry”, to “eliminate bias and avoid significant market disruption”. They didn’t want to lose business by being the “first mover” to do this.

When the avoidance of “market disruption” was given as a reason these commissions were still being paid (rather than a “flat fee” commission that would curb the desire to write larger loans for more commission) the head of the banking royal commission, Kenneth Hayne interrupted, saying - “I thought that was called a market and competition?”

Well… they’re not ALL doing this…

NAB came under fire for a scheme that was designed to involve non-bank people referring would-be home loan seekers to NAB for which the ‘introducer’ would receive a percentage fee if the customer was signed up. While this might qualify as “innovative" thinking by NAB, there were some issues.

Unfortunately for the bank, several staff accepted cash from "introducers" - such as a gym owner and tailor - and faked documents for loans that some customers could not afford. Four people, including the gym owner and tailor, brought in $139 million in loans for NAB over four years under the bank's introducer program.

The commission also heard here were cases of bankers accepting payment from customers for loan approvals. NAB expects to pay at least $9 million and up to $23 million in remediation to customers affected by the fraud and misconduct by 60 bankers, including branch managers. NAB admitted its processes for detecting fraud in the introducer program were ineffective, its processes for managing conflicts of interest were ineffective and its monitoring was ineffective, and have already sacked 10 people over the swindle, while 10 more were no longer working for the bank.

The bank's head of broker services, Anthony Waldron agreed that the bank's incentives program had contributed to the fraud committed by its bankers.

The bank was also chastised for withholding a document from the banking royal commission that showed bosses knew about widespread fraud in this program months before telling the regulator.

Obviously, there will be more to come… 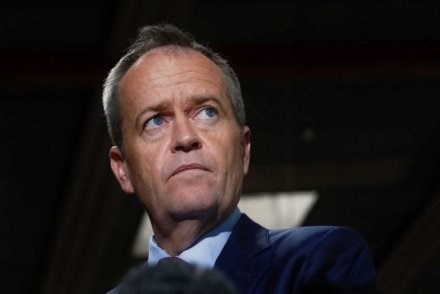 Labour launched a policy to abolish cash refunds for excess imputation credits, acknowledging there would be a substantial political backlash to the change. The current policy allows individuals and super funds to claim cash refunds for any excess imputation credits not used to offset their tax liabilities. Labor claims this change will save $59 Billion over the next ten years though the coalition’s Mathius Cormann came out guns blazing on radio saying it was “nothing more than a $59 Billion dollar tax hike”.

The imputation, or “franking” credit system at the centre of this policy is quite unique and used in only a handful of countries world-wide. It means that when companies pay dividends to Australia​n​ shareholders out of after-tax profit, shareholders receive franking credits​,​ a credit against their own tax​ ​bill based on the tax paid by the company. Fairfax columnist Caitlin Fitzsimmons has a decent explainer of the system here.

It is estimated that the changes would affect 400,000 self-funded retirees and 200,000 self-managed super funds, with 1.2 million people being negatively affected. Labor has said pensioners would be compensated with increases to their benefits and the Greens appear to be supporting the intention of the general policy, but want to assure older Australians they will be looked after by amendments in the upper house to avoid financial harm to those on low incomes. While the intention of this policy may be to end a tax perk for wealthier people and bring much needed revenue to the government, we would imagine that this policy will undergo several tweaks and changes to reduce the electoral risk, should Labor end up taking it to the next election.

If Labor were to win the next election, retirees who have designed their entire investment strategy around maximising imputation credits, as some have, would have a relatively short time to reorganise their finances. If this were the case, we would highly recommend a visit to a financial adviser to help re-structure and reform your retirement strategy.

"In Amy's defence pete, I read an article about this over the weekend which said the excess franking credit that Howard/Costello tweaked of Keating original policy cost $500 million in it's first year (2000). With inflation that figure should be around $800 million now. The article stated that of course, once accountants got wind of this particular perk, they passed it on to their wealthier clients. Nothing wrong with that. But it's not working the way it was planned when high wealth individuals take advantage of this particular perk which now cost the budget billions per year. It seems the tweak was designed to encourage investment into the share market - or at least not penalise low income shareholders. It wasn't meant to be a perk for the wealthy. (although considering it was a liberal tweak - it's probably working exactly how it was intended!!)"

"Given every worker has superannuation and the default fund for most superannuation funds is a Balanced Investment option the working people will be severely effected over the longer term if excess franking credits cannot be refunded to superannuation account holders. The big companies pay tax at 30% and income within accumulation phase is taxed at 15%. Has anyone done modelling on how the abolition of excess franking credit refunds will affect Australian workers given the long term investment that superannuation is? This proposal will hurt the very working class that Labor purports to support. There are many negative aspects to Labor's proposal and it sound like yet again ill-conceived policy to me."

"Amy, just because you or your friends have not heard of it, or understand imputation credits, does not make it an "accounting trick". For most people holding shares and those with super, it stops you and others being double taxed. That's not a trick, it's fair. Labor is proposing stopping credits being refunded to those on zero tax rate and there are arguments for and against. "

"It astounds me that something that to me is so obscure as the imputation credit could have a multi billion dollar effect on the budget and so mant people. No one I've spoken to has any idea about it!!! Why cant people be just taxed on what they earn. Whats with all these accounting tricks? "

"Some cracking stories from the RC in just a few days. Love seeing the banks squirm, but anticipating fatigue by the end of the year."