Robinhood And His Merry Men (Part 1)

Appropriately named and armed with Robinhood in their back-pockets, the Reddit crew were determined to drive an able, but profit constrained gaming company, GameStop, to dizzying valuation heights, providing a ponzi-like distribution of wealth. Or, supposedly, that was the plan…

In the last couple of weeks, the internet army with a free trading app in hand, were looking to rip the heart out of Wall Street and the ever-expanding wealth of the short-derivative obsessed rich vultures, as they were termed. Appropriately named and armed with Robinhood in their back-pockets, the Reddit crew were determined to drive an able, but profit constrained gaming company, GameStop, to dizzying valuation heights, providing a ponzi-like distribution of wealth. Or, supposedly, that was the plan. Depending on what depiction of the real Robin Hood folklore you believe, the new trading app left a lot of the “poor” holding massive losses when his Merry Men ran out of liquor as both rich and poor had nothing left to steal.

What the GameStop story is telling us, is we live in a world where technology is now flowing into the world of “investing” and finance. Ahead of us, we have a new generation of young, tech-savvy risk-takers, burdened by an unaffordable housing market and flush with government stimulus. The pandemic and subsequent lockdown saw a willingness to research terms like money, budgeting, risk-taking, spending, investing…..accordingly whether the fundamentals are there, Tesla gained 800% last year, Bitcoin and other crypto-currencies are 400% higher and AfterPay, the darling of millennials, is now the 12th most valuable company in Australia at $43 Billion (six years after it was founded).

Many of these companies are driven by something more – the power of the crowd! It becomes somewhat self-fulfilling. The more viral something is, the greater the adoption, the more money can be raised, revenue earned and hopefully spawn a better solution or product or network (or in some instances, validation of a decentralised currency over FIAT currency) 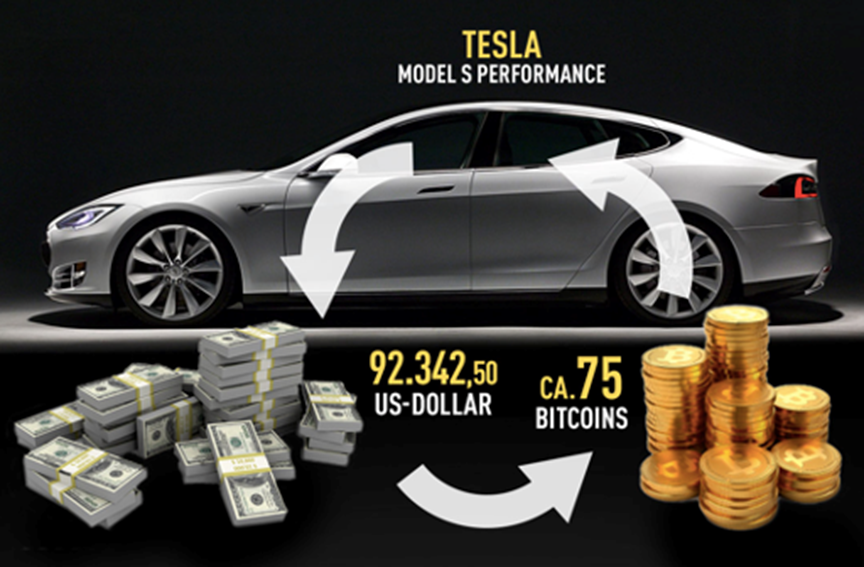 I can’t help but wonder that with traditional advice, particularly in Australia, tied up by a Gordian knot, an Uber or AfterPay or Robinhood-esque player will soon come along and take advice to the masses. Perhaps the regulator needs to play Alexander the Great and cut the knot and start again. At the moment, awareness of existing finance based apps / advice is small across all age groups for finance based apps / advice is small, based on a poll of 2,500+ consumers. The question we asked was about awareness of technology in Auto Investing (like Stockspot), Simple Budgeting Tools (like ASIC’s MoneySmart), Detailed Budgeting (like PocketBook, Finder App), Cheap Share Trading apps (like SuperHero), Credit Scoring (like GetCreditScore) and Neobanks (like ‘Up’). Below are the aggregate totals, but awareness is low across all age groups and categories or at the very least, if awareness exists, nothing out there is creating an AfterPay effect on the market.

Perhaps these stats are music to some advisers’ ears, but sooner or later, the mass-scaled advice model will be cracked – a mix of psychology, virality, ease-of-use and luck will befall someone, in the same vein as AfterPay. Perhaps not at the same valuation! As the stats below show, close to 70-80% of Australians under the age of 45 are ready for it. 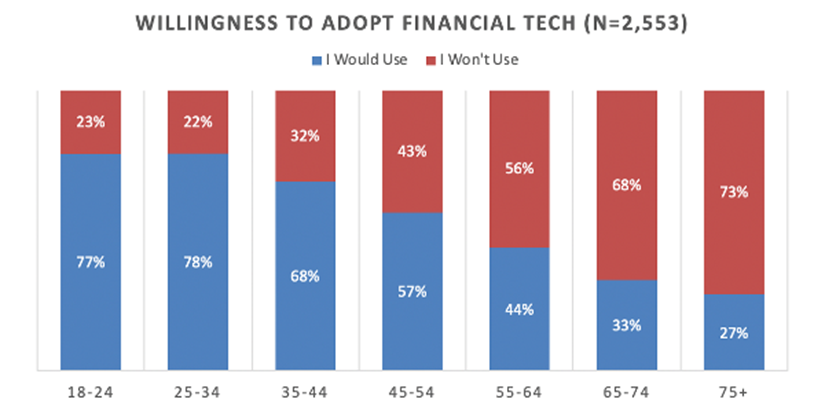 Pleasingly, the same survey shows a willingness to seek the benefits of a financial adviser across all age groups.

And whether or not the Government and the regulator come to the party, certain advice groups are willing and ready to partner with technology that solves this very valuable (and very needed) piece of the puzzle.