Politics and the Economy - Local and Global Update

According to Craig Swanger, the extraordinary events at home, in the US and in Europe over the past few weeks are a good reminder that, sadly, political events can have an impact on investment markets and the real economy.  By “political events”, Craig means actions by politicians that have more to do with the personal interests and ambitions of the politicians themselves and less to do with what they are paid to do. 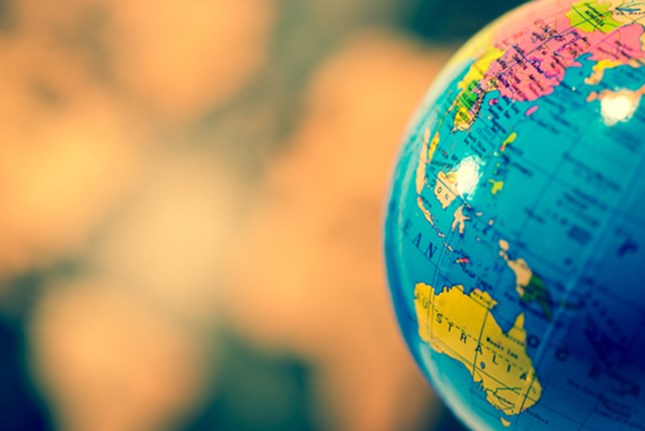 The extraordinary events at home, in the US and in Europe over the past few weeks are a good reminder that, sadly, political events can have an impact on investment markets and the real economy.  By “political events” I mean actions by politicians that have more to do with the personal interests and ambitions of the politicians themselves and less to do with what they are paid to do.

Right now we have politics having a major impact on Australian investors in a far more significant way that we have seen in recent history.  Events in Australia, the US and the UK are all impacting currency, interest rate and equity markets, and have the potential to have much larger impacts going forward.

Starting with Australia, yet another change of PM was nothing short of a shameful reminder of the exposure our economy has to the self-interests of a tiny minority.  This isn’t about right or left, conservative or middle, it is about the unacceptable impact on business and consumer confidence, and confidence from international investors that worsens every time we have one of these leadership spills.  And it is about the impact on our standing as an investment destination when comparisons are being drawn between Australia and Italy because of how often we change direction.

Political leanings aside, as investors, last week probably achieved only two likely outcomes: an increased probability of a Labor win in May 2019 and therefore the likely loss of at least some of our franking benefits and a shift in the public debate about job creation toward small to medium businesses.

Scott Morrison has long advocated for more support for small to medium sized enterprises (SMEs).  When the company tax rate was defeated last week, the immediate response was an acceleration of the already legislated company tax rate cut for companies under $50 million per annum turnover.  That is an easy win for the new PM and very hard for Labor to oppose.

More challenging for Morrison, but probably a necessary tactic, is for him to come down very hard on the financial services sector following the Royal Commission’s final reports.  The Commission’s findings will be published during Morrison’s term and well before the next election, with the first round of findings drafted and released already.  The challenge for Morrison is that he was opposed to the Commission, but he cannot be seen to do nothing given the shocking conduct and clear disregard for consumers across the most senior levels of management.

The most likely measures, absent of the company tax rate being revived, is a charge for the deposit guarantee or a funding charge to boost the regulators.  Either way, the impact on bank earnings from last week’s events will be worse, not better, not to mention the impact on compliance costs that ultimately flow through to investors.

Labor will no doubt pivot around the new Liberal PM’s policy shift, but assuming that they stick with their proposed cut to franking credits, the impact on the return from Australian shares will be down around 1.3%pa.

A retiree with $800,000 in pension assets, 40% of which are in equities, would be around $5,485 worse off per annum under the Labor proposal.  While Labor is targeting the “rich”, the impact of larger retiree balances would be proportionally less due to the $1.6m cap on pensions.  A $4m retiree portfolio, using the same assumptions as above, would by impacted by $9,428 per annum.

The likely impact: A lot of SMSF money shifting from equities to other asset classes, namely high yielding assets like property and credit.

The only likely winners are investors in coal-related industries as the PM needs to find something to appease the Dutton/Abbott conservatives, and aged care which has been mentioned regularly by Mr Morrison.  Farmers will be in the headlines, but there is actually a lot already pledged to farmers, so this is more about the headlines than any real changes.

US Political risk worsening, but the world economy is the loser

But the impact of his personal politics, particularly his chasing populist tactics such as his trade tariff battles with Europe and China, harms the global economy far more than the US economy.  And one of the biggest losers will be the trade-oriented Australian economy if his trade battles turn into a full blown war.  We can ill-afford a global trade downturn at the same time as our housing market is cooling – this could be the first real risk of recession we have faced in 25 years.  Combine that with local political pressure to reduce immigration, one of the keys to Australia’s long run without recession, and we have the perfect political storm.

Global trade has always been very sensitive to populist politics.  The wave of nationalism that swept across Britain, the world’s economic leader in the 1800s, and then Europe, resulted in a 70% fall in trade between 1900 and 1940.  This came from landowners in the UK and Europe backing politicians offering to increase tariffs, and in the “New World” including the US and Australia, anti-immigration policies.

Europe has seen a shift to anti-immigration, anti-EU, anti-trade political parties over the past two years, and that shift shows no signs of abating.  Sweden’s elections in early September are just the latest example, following similar shifts to the extreme right in Austria, Italy, France, Spain and Germany.  In most cases, with the exception of Italy, the result has been a lame duck governing party, which while better than some of the neo-nazi alternatives, is still very damaging for the EU and global economies.

And of course we are still waiting to see what happens with Brexit, also a symptom of this swing toward anti-globalisation.  Once the British public voted for Brexit, the real risk was the two years post the vote in which the details of the exit were agreed.  The rational approach would have been for both sides to accept the outcome, deliver the public’s key issue relating to immigration, but maintain the mutual economic benefits of trade.  But as of today there is a very real chance of a “no deal Brexit”, meaning that Britain leaves the EU without an alternative plan set up.  This would expose British exports to much higher tariffs, creating a sudden reduction in demand.  Import prices would jump, creating inflation.  The shock to the economy would severely impact capital investment.  The most likely result is stagflation (low economic growth and high inflation).

Financial markets have the chances of a no deal outcome at just 10%.  Deals with the EU have typically been won at the last moment.  Hopefully that is the outcome this time, but given the stakes at play, you can expect increasing volatility in the value of the GBP closer to the exit next March.

Ordinarily, politics causes short term blips at most.  This is because governments for the past 40-50 years have maintained a consistent pursuit of economic growth as a primary goal.  But the current wave of populist politics in the US, Europe and in Australia putting immigration as the primary goal is creating significant longer term risks for investors.  Even if you find politics boorish, as an investor you might need to become more engaged going forward.

Agustin Carstens, Head of the BIS and known as the “Central Banker to the Central Bankers”, issued a dire warning of 'the perfect storm'.  In short, he said, “Recent moves to reverse globalisation and to retreat into protectionism alarm me, as they no doubt alarm many of you”. He indicated that the Trump trade war could lead to US inflation, forcing interest rates in the US to rise faster, and push up the US dollar.

We have seen the start of that shift already.  Hopefully sane heads prevail, but I for one struggle to find examples of where those heads might be at the moment.  Time to batten down the hatches.

Craig Swanger is a 25 year veteran in global investment markets, including 15 years at Macquarie Bank as Global Chief Investment Officer where he was responsible for a team of 120 product developers and managers across 14 countries and every major asset class.  Since leaving Macquarie in 2013, Craig has invested and advised a range of technology companies with a focus on transparency, independence and educating consumers.

"Labor were always for the tax cut for businesses under $50m annual turnover. I imagine it would be very hard for them to oppose when their stated policy is in support. "A lot of SMSF money shifting from equities to other asset classes" means more paid work for advisers. Saying it will "cost" investors money is assuming they won't change anything. In short, don't be scared of Shorten - he's gotta be better than the current looney toons show."