The data science team here at Adviser Ratings has pulled out some interesting early insights from stage one of the Marketplace. We looked at how the sentiment for different Platform Providers might have changed since last year. To drill a bit further down, we segmented and compared the results of advisers with more than $100M FUM against those with less than $100M FUM. We wanted to see whether HNW advisers (FUM >$100M) were reacting differently to other advisers (FUM <$100M).This comparison led to some very interesting insights.

The data science team here at Adviser Ratings has pulled out some interesting early insights from stage one of the Marketplace. The question we wanted to answer was ‘are HNW advisers (FUM >$100M) reacting differently to other advisers (FUM <$100M)’. Then, we compared last year to this year for some very interesting longitudinal insights.

Have your say and contribute to the marketplace HERE

The first requirement was simple – was there enough data for these segments to make each piece of feedback statically significant. Each platform listed here has at least 10 responses, with an average of around 50.

With respect that these insights will change over the next few weeks as more advisers provide their feedback, we present our findings so far. 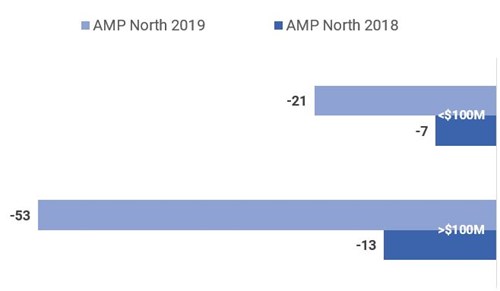 The qualitative comments on AMP North so far paint a picture of two camps. On one side you have advisers who have been using this product since the AXA days – and they stand by it, regardless of the fact it is now owned by AMP. These are the advisers holding up the product. The majority of advisers using North however are more recent users, and they are not as supportive. As you can see, while last year the responses were quite neutral for both over and under $100M FUM, the HNW advisers are clearly reducing their appreciation for the product at an accelerating rate. Whether that is due to the current environment, or due more to the product itself are data points we would like to chase up more in the near future. 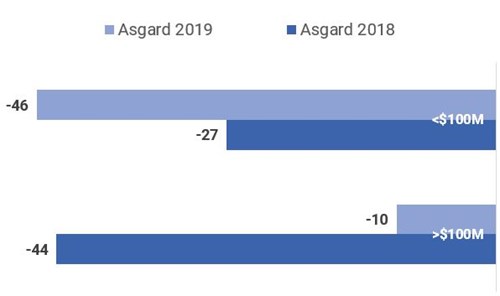 Asgard has had an interesting year. Following the early qualitative feedback, again there appears to be long term users who are holding on and holding up the positive reviews, and the newer advisers who are not interested. For advisers under $100M FUM, the opinions coming through are clear. Bucking the trend substantially - at this early stage at least, are advisers over $100M who have said this year Asgard has improve. Great news for a piece of tech that has typically been out of favour for the last few years. 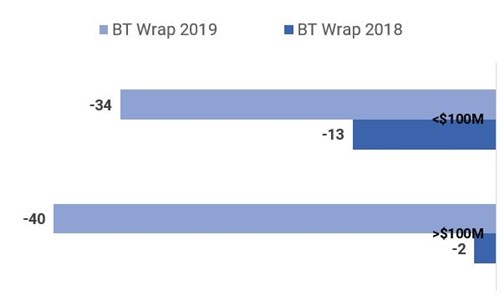 With substantial investment into BT Panorama, the sentiment across the board for both over and under $100M FUM has seen a dramatic drop in the last 12 months. As Panorama continues to be the focus for BT, we can expect advisers to continue viewing the BT Wrap product with less relevance. 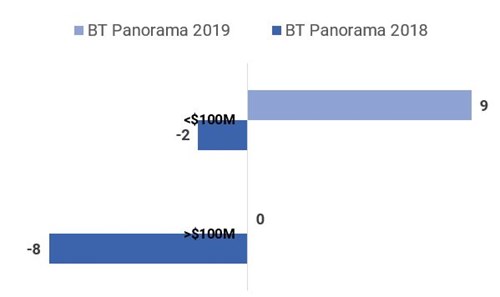 Despite the overwhelming negative sentiment in financial advice at the moment, we have Panorama starting to move from a negative net promoter score to a positive one. In the last twelve months, we have seen a platform that advisers were approaching with a little bit of hesitance, finally start making some positive steps forward. For both over and under $100M FUM, we have seen about a 10 point gain in NPS. The HNW advisers are still lagging a little behind in terms of fully appreciating the investment BT has done with this product, but to have gains in this environment is a positive sign. 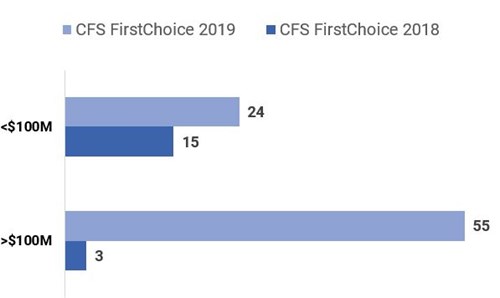 One of the biggest winners so far with these early insights has been CFS FirstChoice. An outstanding start to the marketplace feedback for FirstChoice in the over $100M FUM segment of the adviser market. While there have been some steps forward for advisers under the $100 FUM mark, the extraordinary leap forward for the HNW advisers has been an early point of interest for us here at Adviser Ratings. We spoke to some of the team to get their feedback, and the focus has been on customer service for the adviser. And as far as results go – this has been a fantastic strategy. 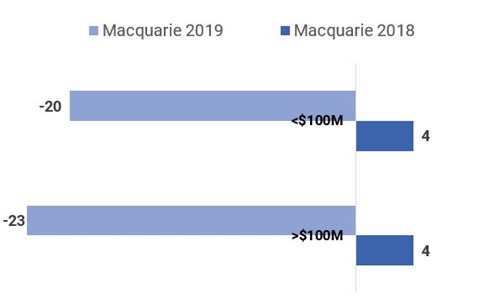 Interestingly, the 2018 and 2019 view of the Mac Wrap platform has been uniform across the board. Starting with a small positive sentiment last year, the early insights from the Marketplace has shown a dramatic drop in NPS for both the over and under $100M FUM mark in 2019.

Finally, looking at this early insight feedback suggests that Netwealth 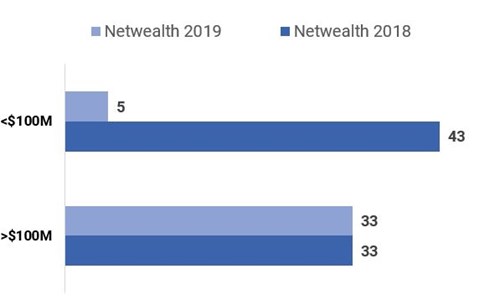 have really started to focus their attention on the higher net wealth market. Over the last two years for advisers with over $100M FUM, Netwealth has benefited from a high NPS score. Impressive considering the environment we find ourselves in. Not as impressed however are advisers under $100M FUM. We are unsure whether this has been a deliberate tactic, but to maintain such a high score for HNW advisers over the last 12 months would have taken a lot of effort and seeing how far the NPS score has fallen for other advisers paints a very interesting story.

All advisers can have their say and contribute to the first stage of the Marketplace HERE.

The first stage is collecting feedback on all the providers, the second stage is uploading the feedback and insights to the tool, and the third stage is to release - for free - the most valuable tool ever built for financial advisers. We’re pretty excited.