Migration: Superannuation For Those New To Australia

Whether you're an expat returning to Australia or a new migrant coming to Australia for the first time, you need to be aware of Australia’s taxation and superannuation laws especially before moving assets into Australia from abroad. It is important to seek professional financial advice to ensure your wealth is not adversely impacted by your decisions. Platinum Adviser Simon Pederson has more... 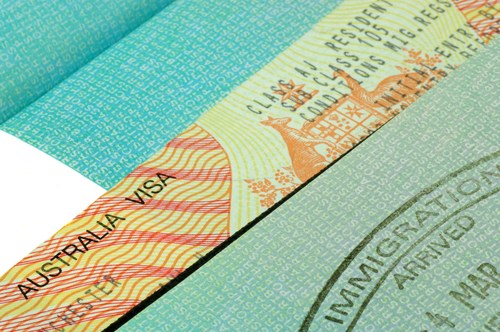 According to the Australian Bureau of Statistics (ABS), net overseas migrating (NOM) is currently at 231,000. This means an additional 231,000 people are permanently residing in Australia this year alone. Many of these people are expatriates returning home from overseas or are new citizens experiencing Australian life for the very first time. The taxation and superannuation laws in Australia are complicated. Before moving assets into Australia from abroad, it is important to seek professional financial advice to ensure you are not adversely impacting your wealth.

If you are permanently retiring in Australia, superannuation is arguably the most tax-effective way to save for your retirement, as contributions and withdrawals are taxed at a concessional rate. But with so much jargon about the different methods of contribution limits and restrictions, it can be hard to know what's best for you.

A non-concessional contribution is made with after-tax money and therefore offers the following benefits:

If you are under 65 at the start of the financial year, you can take advantage of the averaging rule to bring forward two additional years’ worth of non-concessional contributions and contribute up to $300,000 in one year. This may come in handy for those who receive a financial windfall such as an inheritance or the sale of a large asset. But be aware that if you choose this course of action, you may not be able to contribute any more in the next two years.

For individuals with higher super balances, access to the bring-forward provisions is restricted based on the table below.

Because of the tax concessions, there is a limit on the amount of concessional contributions you can make. This cap is $25,000 per annum.

If you make a concessional contribution, it will be taxed at a maximum rate of 15 per cent, and this tax is paid from your contribution (ie with no out of pocket expense for you). The tax on contributions may be up to 30 per cent for individuals with incomes over $250,000 pa.

To ensure you are maximising your retirement savings in Australia, it is important to start early and contribute to superannuation over many years. If you have any questions about this article you can contact us at Bridges Sunshine Coast or make an appointment with your local financial adviser.

Bridges Financial Services Pty Limited (Bridges). ABN 60 003 474 977. ASX Participant. AFSL No 240837. This is general advice only and does not take into account your objectives, financial situation and needs. Before acting on this advice, you should consult a financial planner.

"The lead-in to your story gave the impression that we would learn something about ex-pats living & working abroad while still holding superannuation here in Australia, ie; - Can they still contribute to super in Australia if living abroad (non-resident tax payers)? - Can they commence an allocated pension at retirement with their Australian super if they decide to remain (permanently or temporarily) overseas (non-resident tax payers)? - What are the Australian tax implications of the above? "

"Good summary of super contribution rules. Not just for migrants. "