According to the Head of ASIC strategy group, Greg Kirk, the Wallace Inquiry, in the late 1990’s assumed that as long as we had “disclosure”, the “market” would ensure the right products would be used by the right people – disclosure would fix any issue. We now realise that disclosure documents are technical, long and not read by consumers – so we needed these new laws. 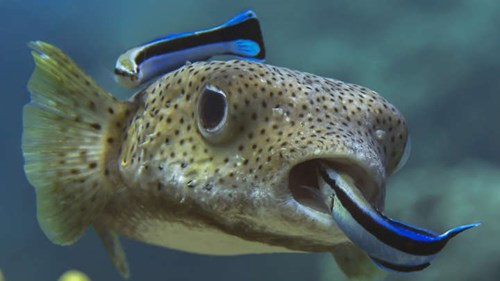 According to the Head of ASIC strategy group, Greg Kirk, the Wallace Inquiry, in the late 1990’s assumed that as long as we had “disclosure”, the “market” would ensure the right products would be used by the right people – disclosure would fix any issue. We now realise that disclosure documents are technical, long and not read by consumers – so we needed these new laws.

Kirk provided a couple of examples of where the new laws could have been applied to improve consumer outcomes, had they previously been in place. One was with consumer credit insurance - the key feature being protection IF you become unemployed. Kirk said this cover was being sold on a wide spread basis, and far too often, being sold to people who were unemployed at the time – meaning they were ineligible for cover. They were paying for something that was never any benefit. This particular example was remediated by ASIC – but after the event. The design and distribution laws are designed to stop this from happening in the first place.

Kirk used the example of term deposits a few years ago as a case where ASIC's new product intervention powers could have been used. At the time, consumers investing in term deposits with a relatively high rate of return could have it automatically rolled over into a new deposit for the same length of time. However, banks were regularly changing the rates and the term deposit could automatically roll over into a lower rate environment – sometimes lower than inflation, meaning these consumers were effectively going backwards.

On investigation, ASIC found this was happening in 47% of cases. Billions of dollars were involved and 100’s of millions of dollars in lost interest for consumers was the result. ASIC could only make recommendations around this scenario, and eventually convinced the banks to notify clients prior to the end of the term. If ASIC had had this new power – it would have happened much faster and saved millions.

The above examples are illustrative of why there is a trust deficit around financial services in this country. Legality, fairness and best interest’s issues are all involved, and when examples such as these are cited, it is little wonder the industry is on the nose with the public. ASIC Chair James Shipton said the new reforms were a critical factor in the development of a financial services industry in which consumers could feel confident placing their trust.

‘These new powers will enable ASIC to take broader, more proactive action to improve standards and achieve fairer consumer outcomes in the financial services sector. This will be a significant boost for ASIC in achieving its vision of a fair, strong and efficient financial system for all Australians,’ he said.

‘This will also provide invaluable assistance to ASIC as we all seek to rebuild the community’s trust in our banking and broader wealth management industries. And we note the overwhelming level of support this attracted from across the Parliament.’

"That Term Deposit example makes me sick. F@&$ing scamming banks, siphoning off punters money. Leeches, parasites, rent seeking scum. It's unethical, but it makes us money and not illegal - let's do it! They pull this kind of crab and then squeal about more regulation. Well they bring this on themselves. Self regulation will never trump greed."