Is Your Loyalty To Your Bank Hurting Your Savings?

Platinum Adviser Luke Mase says the funny thing about loyalty is that the longer we remain loyal, the stronger our desire to remain loyal becomes. Knowing this, is it possible that an institution has been taking advantage of your loyalty ever since you were a child – and you never even realised it? 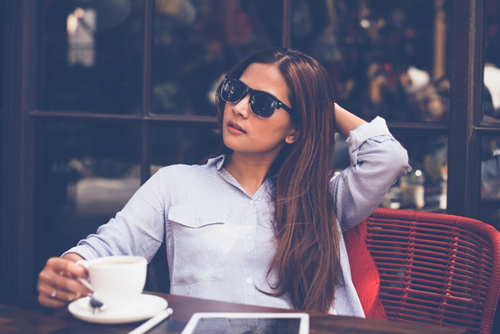 From family to friendships, we’re taught about loyalty from an early age. Being loyal has positive connotations and speaks well about our character. Conversely, we associate disloyalty with negative meaning, so it makes sense that we’d actively avoid doing something that makes us feel disloyal.

The funny thing about loyalty is that the longer we remain loyal, the stronger our desire to remain loyal becomes.

Knowing this, what if I told you that an institution has been taking advantage of your loyalty ever since you were a child –and you never even realised it?

Enter banking institutions such as Commonwealth Bank. If you’re like 46% of people in Australia, you opened your first ever bank account with CBA. They’ve been with you since day one, from your childhood account to your first ever credit card. They’ve always been there for you, so they must have your best interests at heart – right?

Turns out, that thought that might be a bit generous.

If you’re still with your childhood bank, chances are you’re being taken advantage of. Banks know that once a customer is loyal, they’ll become comfortable and be less incentivised to look elsewhere for better deals.

Credit where it’s due, these programs teach children valuable skills to increase their financial literacy. However, what many don’t realise is that CBA pays schools $5 for every account opened during the program. On top of this, any kids under 12 who are signed up to a CBA Youthsaver account automatically get included in the Dollarmites Club.

This means that unless their parents sign them up to another bank, a child’s only experience with managing their own money has been through CBA. And when you –and your friends –have grown up knowing nothing but CBA and the Dollarmites, it seems like it’s easier to stay than to leave.

Out of everyone, millennials are the most likely to remain loyal to their bank, with 58% still with the same bank that they signed up with as a child!

Why make the switch?

Whilst a bank that you’ve been with since childhood hasn’t intentionally wronged you, they haven’t gone out of their way to help you either.

Think of your bank as you would a phone plan. You bought a 24-month plan for $50 per month that includes 1GB of data. Two years later, a $50 per month plan can give you 10GB data. Your phone company hasn’t informed you of the better deals and if you aren’t proactive and switch plans yourself, you’ll stay stuck on the same outdated plan. After the 24 months are up, would you stay on your current plan, or upgrade to a new one?

If you aren’t crazy, you will have chosen to upgrade to a plan with more value for money.

It seems obvious that if you don’t shop around, better deals will pass you by. So why is it that we’re so reluctant when it comes to switching banks compared to a phone plan? The answer is loyalty.

When we’ve been with a bank for such a lengthy period, it’s hard to even consider leaving. Often, we talk ourselves out of switching banks by convincing ourselves that it will be too much effort.

If you’re one of these people, the amount of money you could save by making the effort to switch banks could surprise you.

Data from digital mortgage broking platform Uno has revealed that disloyal loan customers get a better deal on average, whilst their loyal counterparts are getting the short end of the stick.

Disloyal owner occupier customers who have moved to a new bank have an average rate of 4.3%, with loyal customers having an average of 4.5%. Similarly, disloyal investment loan customers get a deal of 4.6%, whereas those who remain loyal to their bank are sitting on 4.8%.

1 in 5 Australian mortgage holders have a loan with their childhood bank. That’s a lot of people who could be saving money just by switching banks.

The bottom line is that it’s no surprise that banks take existing clients for granted. Banks only respect customers who do their homework for a competitive rate, and they certainly won’t go out of their way to help you – especially if it means cutting in to their profits.

Luke Mase is a Platinum adviser with Tribeca Financial in St. Kilda in Melbourne and has 24 client reviews and an average client rating of 4.73 out of 5 stars.

"This is so true! I started with my local bank at primary school in rural Tasmania - got a free wooden ruler and all! They merged into Tas bank, then got bought by Colonial, which got bought by Commbank - who I'm still with today! Did dressing up "Financial literacy for kids" really begin with an ulterior motive - or would they have decided to do it for the right reasons, then realise it was a awesome acquisition strategy. Were they that switched on and money hungry back in the 70's?"