Stories about investing are never about the average investment – they’re always about the heroic or tragic investors – the ones that have either made it very big or failed badly. These are the outliers and the truth is that almost all investors make good and bad decisions. Justin Hooper from Sentinel Wealth in Sydney shares some insight about investing - it's not only about making money – it’s also about avoiding losing money. 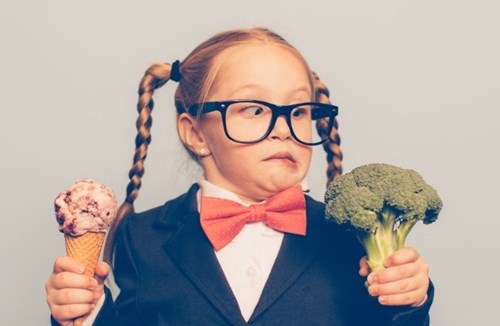 In 1929 Jesse Livermore shorted the entire market earning himself US$100 million which, in today’s money, would be about AUD$2 billion. Then there was George Soros who attacked the British pound and walked away with US$1 billion profit.

Stories about investing are never about the average investment – they’re always about the heroic or tragic investors – the ones that have either made it very big or failed badly. These are the outliers and the truth is that almost all investors make good and bad decisions, as they do reasonably well over a long period of time.

Every investor that I have ever known would have done a lot better if they had avoided unnecessary losses. Returns aren’t available without risk, but not all risk is ‘good’ risk.

Investing is not only about making money – it’s also about avoiding losing money.

Be Prepared To Miss Some Good Ones

But focusing on first avoiding a bad one means being prepared to miss some good ones. There will be occasions when there just isn’t enough information to make a good decision in the time required. There will be other times when there’s plenty of information but there isn’t sufficient knowledge or experience to make a decision. All potential investments look good – investment proposals are engineered to make them appear so. And for some reason, when the answer is either ‘no’ or ‘I don’t know’, it always feels like it’s a lost opportunity — or as the millennials say, ‘FOMO’ (Fear of Missing Out).

There are a surprising number of investment decisions that fail. It’s easy to make a bad one. If you Google “failed investments” more than 55 million results come up.

Every month, we get a list of all the closed or failed funds and I am always surprised at the length of the list.

There are many, many ways an investment can fail. The investment itself carries numerous risks: market risk, liquidity, interest rates, business and currency are just some. And then there are all the psychological and behavioural risks of the investor. There are literally hundreds of ways an investment decision could turn out to be a bad one.

Few investors have the time, knowledge or resources to analyse potential investments adequately. It’s not easy to get all the information that may be needed and do all the analysis. And often it’s the detailed analysis done by the investor that will provide the substance to avoid panic if it doesn’t work for a while. Good investment decisions may not look good for quite a long time — in fact, they can sometimes look quite bad before they look great.

Bad Ones Cause A Big Dent

The psychological dent is possibly worse. After a negative return, most investors get a little ‘gun- shy’ just when they need to be the opposite.

When making investment decisions or selecting managers, it’s not first about how they charge fees or their ranking in the performance tables. It’s more about the process and analysis that goes into their decisions because this will not only ensure they select better investments, but also that they make better decisions when under pressure. It’s impossible to get every decision right and risk has to be taken, but overall and over the long term, quality investment decisions involve avoiding bad ones as much as making good ones.

Only five years after his greatest success, in 1934 Jesse Livermore was declared bankrupt and barred from the Chicago Exchange; George Soros and many other great decision-makers continue to prosper.

"Orlando the cat used my favourite investment decision making process to date...throwing his favourite toy around onto a numbered grid ultimately beating a team of professional money managers!"