Insurance: When Your Cover Doesn't Cover You

Does your superannuation includes insurance? In many cases, this basic cover is insufficient in terms of quality and quantity. Adviser Matt Grant shares a cautionary tale which could have ended very differently without his intervention. 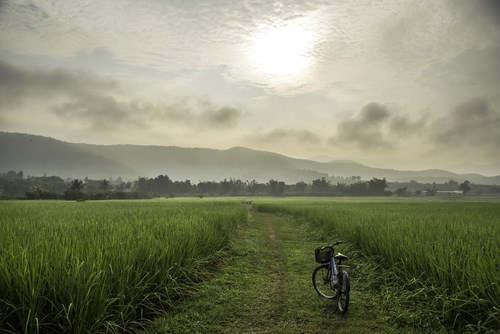 Many of us believe that because we have compulsory superannuation that includes insurance, that we will be covered should anything untoward happen. But in many cases, this basic cover is insufficient in terms of quality and quantity. Adviser Matt Grant shares a cautionary tale which could have ended very differently without his intervention.

In January this year, I caught up with a good friend of mine for a beer in Freo. It is something we've done a number of times, to catch up on how each other were going.

He asked if I wouldn't mind taking a look at his superannuation and insurances as he didn't really have a grasp of it.

We reviewed what he had in place and made a few changes, including, putting in place new insurances for he and his wife, which would replace the bank Group cover that he had in his super fund (the kind you get automatically with no questions asked). Thank god we did.

In February this year, just 3 days after his new cover was approved, he suffered a freak accident when a glass bottle exploded in his face and lacerated his eye. He'd spend a week in hospital with one of the greatest black eyes you're likely to see.

Unfortunately, the damage to his eye meant that he'd never see out of it again, which has been a hard thing to take for a guy in his early 30’s.

In September I had the pleasure of giving him the news that under a specific benefit with his new Disability cover (TPD), he would be able to pay out his mortgage. The insurer had paid out the claim for $500,000. This couldn't have come at a better time, with his wife having their second child just over a month earlier.

This was undoubtedly a great outcome.

What I wanted to point out was that the basic bank automatic insurance cover that came with his super, refused to pay anything to him. Not a cent.

In my experience as an advisor, clients always trust that the basic insurance they have in their super fund will help them in times of need, but the reality is that the cover is of such poor quality that only in rare cases are claims successful. It is a dangerous trend I see for a lot of clients and advisors. The profession as a whole need to do more to point this out to clients. The cover is often insufficient in terms of quantity & quality.

The reason it is of such poor quality is that the definitions around disability are so difficult to meet, and things such as permanently losing an eye don’t fall part of most policies. The policies also generally don’t underwrite clients when the policy is first put in place, so the client really has no idea what they are covered for, and what may possibly be excluded if a claim is made. At the end of the day, the client can have no real confidence that they’re covered appropriately.

We see many mums and dads that use their cheap and nasty insurance in super as their only back up and it's fraught with danger. I urge you to take a look at the cover you have in place currently and ask yourself if you think you're adequately covered.

We really just want clients to be proactive in looking at their insurances regularly. I’d hate for any of my friends or family be caught out by relying on their group cover, and that is what makes me passionate about bringing this example to your attention. With all our private clients, we review levels of cover, quality of cover and price at each review meeting. But for many families, this just doesn’t happen and it is a recipe for disaster.

The client I refer to in my story is a Company Secretary & Chief Financial Officer of an ASX listed company. He’s married and has two young kids. His wife is currently off work due to just having given birth to their second child. He thought he was invincible like most young guys and it wasn’t until we caught up earlier this year that I was able to identify the gaps in his safety net.

Insurance is often a complicated area and many Australians don’t actually know what insurance is out there and what to look out for. This is where a quality advisor can go through a client’s options and recommend appropriate cover for their situation.

It is something I would urged everyone to do.

Matt Grant has 6 client ratings with an average customer rating of 100%. He is the Senior Adviser at Voyage Financial In Fremantle WA.

"Very good article Matt. I have a story in terms of quantity of cover or lack of it in this case. It was told to me by the super fund that paid out the insurance money. A member of a company fund they looked after died at a relatively young age and he had automatic life insurance through his employer super fund. The life insurance company agreed to pay out the policy on this occasion. His widow and 3 young children (under 10 years of age), came to reception to collect the money. The payout was around $108,000. The widow was given an envelope with a cheque inside and the company representative sympathised with her loss. She opened the envelope on the spot looked at the amount, screwed the cheque up, threw it back at the person who had given it to her and said, how do you expect me to bring up my kids on $108,000? Unfortunately in this instance a massive case on under insurance for the poor family. "