It is the belief of many that the Industry Super funds were given an easy ride compared to Retail Super funds. There is no doubt that retail funds were the subject of the lion’s share of the questioning, but did the commission “miss a trick” in not delving more deeply into industry funds? 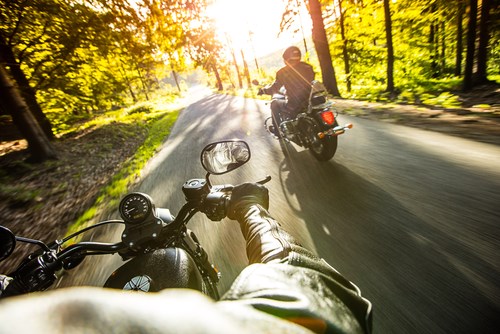 We’ve done quite a bit of reporting on the recent proceedings concentrating on the superannuation industry at the Royal Commission. One thing that has stood out in the comments to these articles is the belief of many that the Industry Super funds were given an easy ride compared to Retail Super funds. There is no doubt that retail funds were the subject of the lion’s share of the questioning, but did the commission “miss a trick” in not delving more deeply into industry funds?

Since the Royal Commission hearings into super closed last week the criticisms of the sector have been stark and unrelenting. Reserve Bank Governor, Philip Lowe, said he was “incredibly disappointed and in many cases I have been appalled at the behaviour that has come out through the Royal Commission”. Don Argus, the former head of NAB, said the hearings had exposed a “profit-at-all-costs attitude leading to scandal after scandal” and Financial Services Minister Kelly O’Dwyer, said “without doubt the most egregious misconduct identified by the commission in the past fortnight has been in the for-profit and bank-owned sector of the superannuation industry”

Responding to the focus of the commission, most of these barbs were directed at the retail fund sector – but there were those who were disappointed that the industry fund sector, comprising around $650 Billion of the total $2.6 Trillion pool of funds were not grilled for their own governance failures and conflicts of interest.

The Australian Financial Review has reported numerous examples of such failures including officials preventing the mergers of sub-scale funds to defend their own board seats, a fund leaking confidential consumer information to its sponsoring union, and unions seeking to influence funds' investment strategies so they align with the goals of the sponsoring union. Analysis for the productivity commission said that up to 1.7 million consumer accounts collectively managing $94 billion are “stranded in 33 sub-scale industry super funds”. This fact and the erosion caused by fees eating up accounts with low balances has led to calls for mergers of smaller funds to enable their members to take advantage of the scale and increased performance of larger funds.

Writing in the AFR, the General Manager Superannuation at BT Financial, Melinda Howes said “the performance of a few large funds hides the chronic underperformance of a multitude of sub-scale union funds –which explains why every "compare the pair" union fund campaign uses selective averages which may not compare apples with apples.” Howes continued…“the simple fact is that the performance of union funds like Australian Super is built out of a government-guaranteed distribution model, administered by the Fair Work Commission, which allocates employees' retirement savings based on union affiliation, rather than competitive forces.”

Industry funds political engagement is also a point of contention - the Australian Electoral Commission data shows that union funds have collectively paid $53 million directly out of members' retirement savings to their sponsoring unions in the past decade. Business Council of Australia executive director, Andrew Bragg, suggested in an op-ed in the AFR that industry super funds were becoming the equivalent of “Super PACs” in the United States, that had a “war chest” of “considerably political influence”. Possibly unfortunately for him, in his piece he linked to an article that cited research by the former head of research at the APRA, who found that if the $577bn worth of assets in retail super funds “had been managed in the same way as industry funds, retail super members would be better off about $15.5bn a year”.

CBUS was singled out by Finance Minister Kelly O’Dwyer as one industry fund whose inner-workings were worthy of scrutiny. It has three board members nominated by the CFMEU and is seen as illustrative of everything industry super’s critics hate about the sector. But Ben Butler, writing in The Australian reported that “the commission went deep into the fund’s operations before deciding not to call any of its board members or executives as witnesses. Chairman Steve Bracks, a former Labor premier of Victoria, chief investment officer Kristian Fok and marketing boss Robbie Campo (all gave) witness statements. The fund was preparing witnesses in the expectation at least one would be called right up until the end of the week before the hearings. On top of demanding witness statements, the commission hit Cbus with a blizzard of notices to produce reams of documents, often on a very tight time frame”.

After doing all the due diligence you might expect from a Royal Commission, Counsel Assisting said “In a number of cases, though certainly not all, the conduct of the industry funds which we have identified as warranting consideration during the oral hearings is very nuanced,”

CBUS was not required to appear.

In April, Industry funds conceded that the current structuring of super legislation stifles competition in the default superannuation market. Industry Funds benefit from about $10 billion in guaranteed default contributions via modern awards each year, along with enterprise agreements that earn them an "illiquidity premium" that other funds cannot access. Many industry fund critics have attributed their “outperformance” compared to retail funds to the ability to invest in high-returning “illiquids” (such as unlisted property) because the guaranteed flow of default money won through bargaining agreements gives them flexibility, while the bank funds are beholden to transient members who can withdraw funds at any time. But a report prepared by Chant West, tabled at the commission, found that when looking at NAB’s funds as an example, they were not suffering from a lack of scale to invest in illiquids. The commission heard that the reason they hadn’t invested was because NAB was reluctant to forgo profits and provide its managers with the extra money to invest in higher-earning assets for its members.

Lack of Competition a “Good Thing”

The recent productivity commission report found that while the averages certainly favour industry funds, that does not mean being in an industry fund guarantees you good performance. The commission found that of the 20 underperforming funds, nine were retail, six were industry, three were corporate and two were for public service. And of the 26 underperforming default products, 12 were retail, 10 were industry, three were corporate and one was a public sector product.

So in reality, it’s not just a simple retail/industry is bad/good, whichever way you look at it. There are legitimate concerns with some aspects of industry funds, but certainly the retail sector should concentrate on cleaning up their own house before crying foul too hard at any structural "biases" that are already well known. The Royal Commission has shown as much. However, thinking that the Royal Commission somehow deliberately glazed over Industry funds' seems to be off the mark. Considering that Industry funds' links to the Union movement set them up as a natural “adversary” of the coalition government, and considering that the commission itself was called by the coalition - who also got to write the terms of reference, it is hard to imagine some conspiracy to protect industry funds. Given the testimony that came out of the Royal Commission, the criticisms some sections of the industry received landed pretty much on target. It’s up to the financial industry as much as the regulators to now heed the messages delivered and clean up its act.

"Breaking news; the Boogeyman and Bigfoot may be real! WE JUST DIDN'T INVESTIGATE HARD ENOUGH! How much more proof do you need that these profit driven funds only care about one thing...profit. I guess it's pretty hard to see the light when most of your advice centers around selling them. "

"The argument is flawed. What financial planner still uses retail funds for any significant amounts. I have not recommended a client invest their superannuation monies into a retail fund for in excess of 20 years. We recommend a full service master trust with all the features and flexibilities designed to meet the clients individually needs. The reason clients elect to pay us is because they are very happy with what we have achieved for them. At the end of the day it should be clients who have the choice. "

"This RC was originally into "The Banks" with Superannuation included. Perhaps another RC is required into "Superannuation" including APRA reports on Super funds'performance and spending. From what I see the justification for spending was "everyone does it". My Super was a good start eliminating fees to Advisers for disengaged clients. Maybe time to eliminate "trustee/investment managers" for the same clients."

"People still complaining about industry funds but being blind about the rip offs in retails funds need their head read. The type of ideological blindness it takes to moan about industry funds, in spite of what the commission has revealed would be right in place at a liberal party leadership ballot. Retail funds should stop crying, stop gouging, stop putting profits before people and lift lift their game"

"Lawyers have a tendency to concentrate on the worst or most illustrative examples. The wrongdoing of the retail funds is obvious, what industry funds are doing is mostly more subtle. If there were no retail super funds, then ..."

"The comparisons tables to 30 June 2018 have been grossly misleading. The HostPlus (high growth) Balanced fund that earned 12.3% did not beat the BT Lifestages Default Super Fund (1970s - 2000s) range, which equally achieved 12.3% for the past 12 months to 30 June. SImply woeful & biased research. "

"The RC has shown that their are structural as well as behavioural problems in our super industry. It has the potential to be the world leading pension system and we should not let opportunistic greed and profit seeking erode it. Take a clip - for sure but only when you're adding value. We have an opportunity to clean it up, so it benefits everyone well into the future."