The impact on the financial advice industry of the introduction of FASEA legislation continues to be felt. It’s adding to the industry’s turmoil and the effect on adviser numbers is also having flow on consequences throughout the industry with the Financial Planners Association also announcing today that it has made up to eight people redundant.

The impact on the financial advice industry of the introduction of FASEA legislation continues to be felt. The pass rate of the latest FASEA exam fell to less than 80% with seven out of 10 current advisers yet to take the test. Uncertainty over possible deadline extensions beyond the end of this year to pass the exam is increasing pressure on advisers to decide whether they will remain in the industry. It’s adding to the industry’s turmoil and the effect on adviser numbers is also having flow on consequences throughout the industry with reports that the Financial Planners Association (FPA) would make up to eight of its staff redundant.

The FPA is expected to announce a restructure as the large number of exits from the financial planning industry is likely to impact its overall member numbers. Our continuing analysis of adviser movements indicates a 15% drop in overall adviser numbers in the 12 months to the end of March this year. 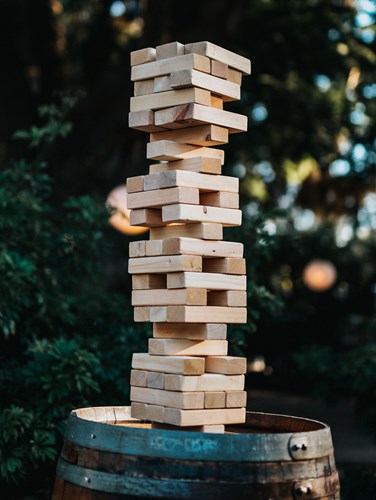 There has been much criticism of the association from advisers disgruntled with the perceived lack of performance and impact the FPA has wielded in recent times, in particular regarding the introduction of FASEA. The redundancies are indicative of how much FASEA is impacting the financials across the industry, in this case particularly the membership base of the FPA. One adviser, who spoke to us on the condition of anonymity regarding the FPA announcement lamented that it could be the "beginning of the end" for the FPA. Although that may sound a bit dramatic, he mentioned many CFP members he had spoken to would leave the industry as they felt the designation had been devalued and there was a lack of willingness to do more study. The news shows how the impact of the loss of advisers will extend beyond advice businesses and their immediate employees.

The FPA told Adviser Ratings that they would be issuing a media release regarding the redundancies tomorrow morning (Thursday).

FASEA is undoubtably a major contributing factor to industry uncertainty, and its introduction and rollout has been a large bone of contention for many advisers, however, not all segments of the industry see FASEA in a negative light. The contentious FASEA code of Ethics was called a “blessing” for AFCA by the Ombudsman for advice and investment, Shail Singh in a recent piece in Professional Planner. Singh said it provides a clear and transparent marker for AFCA to use during dispute resolution cases and and predicted that “the code along with the other FASEA mandates such as the adviser exam – will ultimately reduce the number of disputes in the financial system”.

Despite this, the hard numbers around advisers sitting and passing the exam remain a cause of concern. On Monday FASEA released the exam results from the fifth Financial Advisers Exam held in April. The exam was held exclusively using remote proctoring (a service that confirms the identity of the test-taker and safeguards the integrity of an exam using an internet-delivered or phone-delivered assessment).

Only 470 advisers sat the exam, compared with 2231 advisers sitting the February exam.  The overall pass rate for this exam was down compared to previous results with 79 percent of candidates passing, meaning nearly a hundred advisers from the most recent sitting will have to take the exam again.

It is expected that and extension to the year end deadline will now have the opportunity to pass parliament in June, but if there is a further delay, around 15,000 advisers presently have just four more opportunities to sit and pass the exam, in order to remain practising next year. Registrations for the June exam to be held exclusively using remote proctoring from 11 to 16 June have been extended until 29 May 2020.  Currently over 2000 advisers are registered.

Registrations are also open for the August 2020 exam.  Subject to COVID-19 restrictions, the exam may be offered in physical locations as well as by remote proctoring.  Over 1200 advisers are currently registered for the August exam. October exams will be held from 8-13 October with registration to be opened on 6 July. November exams will be held from 5-10 November with registration dates to be advised.

We’ll be bringing you advisers thoughts on the merits or otherwise regarding FASEA and its impact on the industry over the next few weeks. If you’d like to be heard, you can get in touch with us to have your say by contacting us on rodney@adviserratings.com.au

"Let us hope that the message that has been told many times, will finally sink in and the Government will remedy what has been a total fiasco for all Australians. The 5 thousand advisers who have already exited, are the beginning of what is going to be a continuing decline. The guru's who have never provided advice, though are being paid to lecture and "guide" the Industry forward, are probably unaware, or do not care that their misguided beliefs and theories, have been the catalyst for the total chaos faced by thousands of small Business practices who are struggling under a wave of red tape, uncertainty and rising costs, to the point of just walking away. These same guru's should be held to account for their actions, just like advisers are held to the Best Interest Duty requirements for their clients. Their pass rate would be small and yet they continue causing mayhem with nil recourse for their actions."

"Now I know how the dinosaurs must have felt when the asteroid hit :("

"The FASEA regulations are not workable and advisers will be leaving the industry in droves but this will not become apparent until the end of 2021-assuming the extension to the professional exams are extended. The reason for this is that people/advisers who have been in the industry for 20 to 30 years or more are not going to write exams for a number of reasons. One reason is that it is an insult to ask someone in the industry who is a qualified Chartered accountant and is bound by the ethics of CAANZ to do more qualifying exams. Doctors , Lawyers and accountants are not required to do so. It is easier for people nearer 60 years of age just to walk away. And it is these people who have the experience to give advice, not the 30 year old who are still able to study. This FASEA matter needs to be readdressed as soon as possible to rectify the matter. I am not speaking for myself as I only do Wholesale clients which falls outside FASEA. Finally, the huge amount of extra work required for clients portfolios now that COVID-19 is upon us leaves little time for anything else. "

"I wonder if the "office of the CEO", which as disclosed during the Royal Commission consisted of the CEO and 1 admin staff, still runs as a seven figure expense while others are made redundant? Are we all in this together or does he still take home $1m while his staff apply for job seeker?"

"I'm not surprised the FPA is cutting staff, advisers leaving the industry in droves and no doubt leaving the FPA in even bigger droves. The death spiral has started and the impacts of government overregulation in our once great industry are being laid bare for everyone to see. RIP"