The CEO of the Financial Planning Association (FPA), Dante De Gori, has welcomed the debate that followed the release of the associations five-year roadmap and policy platform for the advice industry. Much debate so far focussed on the suggestion that the AFSL regime be reformed to focus on the licensing of financial products rather than the provision of financial advice. With the government to establish a single disciplinary body for financial planners that will require the registration of all planners, the FPA has proposed that responsibility for registering should rest with the individual financial planner and not their employer or licensee. But not everyone thinks it's a good idea...

The CEO of the Financial Planning Association (FPA), Dante De Gori, has welcomed the debate that followed the release of the associations five-year roadmap and policy platform for the advice industry. Much debate so far focussed on the suggestion that the AFSL regime be reformed to focus on the licensing of financial products rather than the provision of financial advice. With the government to establish a single disciplinary body for financial planners that will require the registration of all planners, the FPA has proposed that responsibility for registering should rest with the individual financial planner and not their employer or licensee. But not everyone thinks it's a good idea... 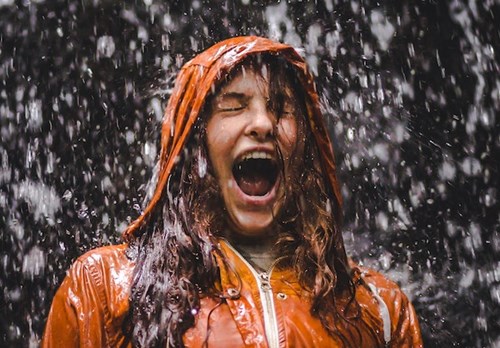 The idea would potentially be for the register to override the existing Australian Financial Services License (AFSL) regime and would authorise advisers to practice by virtue of them being validated on the register, rather than holding their own license or being an AR of a licensee.

The proposal argues that this change would promote portability of qualifications between businesses and licensees, and encourage financial planners taking responsibility for their qualifications and compliance with professional standards. It also suggests that registration can be more bespoke, based on the skill, education and experience of the individual providing the service, rather than their licensee.

What’s That Ruckus?
The response to this particular policy proposal has been mixed with some saying it’s the best idea to come out of the FPA for a long time and others suggesting it’s simply a way for the FPA to sure up their financial position in the face of dwindling membership revenue. If the FPA were to be responsible for maintaining the register, it may be financially beneficial, although the policy document does not explicitly call for the FPA to fulfil this role.

AFA chief Philip Kewin said such a change could be “more disruptive than beneficial” given the regulatory load already facing advisers from FASEA and upcoming royal commission legislation. Assistant Minister for Superannuation, Financial Services and Financial Services Technology, Senator Jane Hume, said the Morrison Government was committed to reforms which would move planning from a sales culture to a profession. If the FPA’s proposal would hasten this transition, it seems it would be welcomed by the government.

There was inevitably push back from licensee’s, with six licensees including Countplus, Easton, Centrepoint and Fortnum releasing a joint statement approved by their CEO’s. Interestingly five have FPA professional partner status. The statement read: “The FPA policy is a surprise and ill-considered given the hard work that the entire advice sector has put in to overcome historic shortfalls brought to light by the Hayne Royal Commission and in light of the leading work that AFSLs bring in areas of education, risk mitigation, compliance, consumer best interest measures and commercial support to advisers and their clients”. It also sought to highlight the true costs and consumer protections currently afforded under existing AFSL Licensing obligations.

In response to the debate about the ongoing nature of licensee’s, De Gori (pictured) 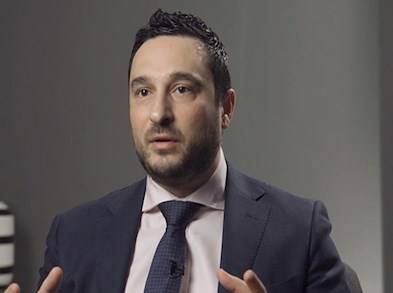 said “The AFSL does not make the planner, just as the hospital does not make the doctor, nor the law firm the lawyer. Individual financial planners are the ones who provide financial advice and the regulatory system should focus directly on their professional qualifications and behaviour.” He stated that the FPA was targeting lowering the cost of advice and making it more accessible by reducing regulatory duplication and said “The FPA acknowledges that licensees continue to play a crucial role in developing, training, educating, and supporting licensed financial planners.”

The government’s intention to have a single disciplinary body could be modified so that it would include the authority to license advisers. Many in the industry have been calling for a ‘peak body’ to be established that would take the role in being the ultimate arbiter for the industry. Rather than any existing stakeholder playing the role, the government and industry stakeholders could come together to form a new body with - as many advisers have suggested - a board and executive with a healthy representation of former advice practitioners.

There is plenty of room for reform in the licensee system, but it’s easy to see where critics of the proposals are coming from, given the flux and disruption currently disturbing the industry. Then again, as part of a 5-year policy proposal, and with the make-up and structure of the governments mandated ”single disciplinary body” yet to be determined, putting an idea such as this out there for debate may not be the worst decision the FPA has recently made.

"Just something a bit out of left field that risk insurance advisers may not know. If a client holds a Master trust owned life policy, and decides to change, they must complete and lodge the Notice of Intent to Claim a Tax Deduction form (if they haven't already done so) with the holding Master Trust before they take out a new policy. The reason is, that form needs to be completed and signed while they are still a member of the Master Trust, otherwise their tax deduction will be denied. "

"As always, the devil will be in the detail and execution. If we look at the history of change in the Financial services Industry, it is one of high ideals and complicated implementation, that throws up more Regulation, red tape and higher costs to adviser practices and clients. The FPA may have good intentions, though with all that the Industry is facing today, it is not a good time to be throwing another Business model out there for the battle scarred, weary advisers and Licensees to try and digest. When you are up to your neck and struggling to stay afloat, some-one handing you an anchor to hold onto while they decide where they want to stop for canapes and drinks, is not helpful."

"The idea of individual licensing is noble in intent and, of course, has been around for decades. It is probably inevitable, but, at present, the industry already has more on its plate than it is able to digest. "