Financial advisers breathed a sigh of relief this morning when the bill containing the long-awaited extension to the deadline to pass the FASEA exam was passed by parliament. The deadline to pass the FASEA exam is now 1 January 2022, and advisers will also get an additional two years to meet FASEA's qualification requirements. The education requirements now have to be met by 1 January 2026. The extension will temporarily ease pressure and anxiety for advisers, but concern for the mental health and wellbeing of those in the industry remains. More than half of people from the financial and insurance services industries surveyed last year indicated they have experienced a mental health condition.

Financial advisers breathed a sigh of relief this morning when the bill containing the long-awaited extension to the deadline to pass the FASEA exam was passed by parliament. The deadline to pass the FASEA exam is now 1 January 2022, and advisers will also get an additional two years to meet FASEA's qualification requirements, which now have to be met by 1 January 2026. The extension will temporarily ease pressure and anxiety for advisers, but concern for the mental health and wellbeing of those in the industry remains. More than half of people from the financial and insurance services industries surveyed last year indicated they have experienced a mental health condition. 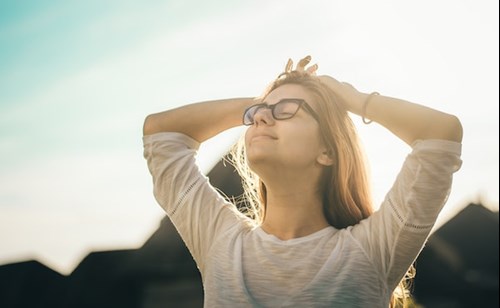 Without the extension, our research indicated that potentially thousands of financial advisers could have been forced to cease trading, leaving up to 1.5 million clients without access to advice and $900 billion in investor funds "in limbo".

Advisers Caught in Political Crossfire
While both sides of parliament wanted the extension legislation passed, it passage was held up because the bill was not just about the FASEA legislation, but rather a “bits and pieces” 'omnibus bill'. The issue came from the attempt by cross bench senator Rex Patrick to attach an amendment to the bill that the government rejected. The amendment dealt with a loophole that allows some large corporations on an 'exempted companies' list to not file financial records with ASIC. Last month ASIC released a list of 1119 companies still exempt from these reporting requirements. Many companies on the list are linked to some of Australia's most rich and powerful people and according to Tasmanian independent Jacqui Lambie, more than 1000 of the companies exempted since 1995 had donated a collective $20 million to the Liberal Party.

In response to the passage of the bill, Senator Jane Hume told the AFR "We're very happy we've been able to deliver on the promise," saying the bill had been held up by "game playing" by the Opposition and crossbenchers. For his part, Mr Patrick said he was withdrawing the amendment because there was "urgent need for financial advisers to be relieved in terms of their requirements for professional qualifications". In a letter to lobbyists representing financial advisers including the AIOFP executive chairman Peter Johnston, Patrick said "I am fully in support of your industry getting the time extensions that it needs" and added "I appreciate this politicking has caused some angst within your industry and I apologise for that angst".

Concerns For Mental Health Remain
While the legislative reprieve for the advice industry will offer temporary relief for many, there remains unacceptable levels of anxiety and stress that contribute to adverse mental health outcomes in the sector. Results from the most recent survey by a mental health organisation that partners with profit-to-member superannuation funds and insurers, Superfriend, indicated that 50.7% of all people working in the financial and insurance services industry have experienced a mental health condition.

The report noted that nearly half (47%) of those workers believe their current workplace caused their condition or made it worse. Of those, 50% said workloads and deadlines were the major causes of stress. The survey tracks the progress of workplace mental health and wellbeing across Australia against an ideal or desired state and is a representative sample of Australia's workforce. Last year’s survey reached more than 10,000 workers across a range of industries. It noted that “following a challenging few years with a Royal Commission and related media and public scrutiny, seemingly endless legislative changes, and senior leadership turnover, mental health and wellbeing in Financial and Insurance Services (was) finally moving in the right direction” compared the previous year, but said the financial and insurance services industry was still only two thirds of the way toward where it needed to be in order to be classed as “thriving”.

The report also noted the sectors contribution to mental health across Australia. After Government, the life insurance industry is the largest financial contributor for people with a mental illness, paying over $700 million in mental illness-related claims in the 2018 financial year. In comparison, $543 million was paid in workers’ compensation during that year.

It’s research, that many advisers would no doubt be able to relate to, said that more than a third (34.6%) of Finance and Insurance Services workers are highly stressed on a weekly basis. The major contributing factors were:

While anecdotally, many would agree with the findings of this report, it is vitally important that such studies continue, and attention is drawn to them. Doing so can both draw much needed attention to these often-neglected issues and help make them more accepted and mainstream, but also reinforce to anyone experiencing mental health issues that they are not alone.

"Life insurance in super could almost be discontinued. The life companies hood winked the govt with their plan to write more business in super. Then the govt panicked at the thought of good premium money paying for cover?The inside super products are not good and the SIS RULES GET IN THE ROAD. GROUP LIFE I SUPER IS NOT A COMPREHENSIVE PRODUCT . Good quality private products with a choice of riders would be better for the client. "

"There are definitely clients that we can no longer provide insurance advice for due to the reduction in our income as a consequence of the LIF reforms. That is not fair to the the clients or the tax payers who will be forced to pick up the tab. Advisors are voting with their feet. "

"FASEA is one area that caused angst, however an extension will not stop the inevitable exodus of Life Insurance specialists. Having spoken to many Financial Planners, the vast majority have decided to cut back on providing advice themselves for their clients on Insurance and will instead refer that on, as it is no longer viable to do so. The fact that there are only 10 percent and dropping of the required risk advisers needed to look after 1 million Business clients and 11 million Australians who need advice, is a clear indicator that the current regime is not working and is heading towards terminal decline unless changes are made. The solution is simple, will not cost the Government one cent and will bring the Life Insurance advised Industry back from the precipice. All we need is for the Government to listen."

"I haven't heard an update on the suicide rate since last year but I have no doubt it has worsened. The worst part is nobody in government, ASIC, FASEA (or any other bureaucracies we pay fees to) cares."

"Rich, I think you will find Shane was talking about risk advice which naturally includes considering risk in super, as all good risk advisers know. Surely he is referring to the investment aspect of super and planning!! With reference to stress, I suppose it could be the result of the sledgehammer approach by those who do not understand the reality of our business and actually believe that halving our income, quadrupling our admin and completing a meaningless ethics course will improve our industry. It is only about being seen to do something and ignoring the terrible damage. I could have sorted this mess in my sleep and left Ken Hayne to do what he does best."

"At age 67 and working in the industry since 1982, 38 years. Doing the FASEA exam to show what!!! To Keep FASEA relevant and Employed."

"Shane - with the greatest respect, if you are offering risk advice without considering what insurances that the client already holds in super, which forms part of the clients overall financial planning goals and how risk relates to that - then you should not be advising. Risk consideration is part of the overall financial planning process which encompasses all areas."

"I'll be 63 by the time I have to qualify...I'll have 36 years as a financial adviser at that time. B.Com, CFP, F(CH)FP , Adv Dip(FP), SMSF - and now some arbitary course to make a whole bunch of professors even richer....just so I can practice those final two years or so.....This is just plain stupidity...."

"Great to hear. Now how about a carve out for risk only advisers, these education requirements are onerous for those who don't offer Financial Planning or Super advice."