August 31 marks Equal Pay Day, when we’re reminded that the average Australian woman will work an 62 extra days for the same pay as the average man. Bianca Hartge-Hazelman is exhausted just thinking about it.

On Equal Pay Day, we’re reminded that the average Australian woman will work 62 extra days for the same pay as the average man. I’m exhausted just thinking about it.

If that trend persists, it means women in their 20s will have to work an extra 7 years to achieve equal pay, women in their 30s to 40s will work roughly an extra 3.5 years, and women in their 50s… well when they check in to aged care, they may as well hand their resumes in at the same time.

So what’s it going to take to close the gender pay gap?

It’s not just about addressing pay. It’s a big issue that requires a holistic approach to improve the economic wellbeing of Australian women, and that’s something which requires the help of both genders.

Will it be a slow burn of campaign awareness around financial literacy and behavioural change? Or will it take something more radical from a social and business point of view such as compulsory reporting of employee pay in like-for-like roles, or greater support for men as primary carers of children?

Society doesn’t tend to like radical change but whether we realise it or not, change is afoot and financial educators have an important role to play.

The good news is that the national gender pay gap hit a 20-year low of 14.6% this month, down from 15.3% in November last year, helped by record female employment growth and improved wages.

The bad news is that the gender pay gap continues to remind us of the daily workplace struggles that women face and the social stigmas at play when it comes to caregiving.

Here’s some of them:

It’s critical that in tackling the problem that we are inclusive of men because without a greater social mindset shift on the changing family and workplace dynamics, the task at hand will be more difficult.

What’s the economic cost to women and the economy?

The estimated price tag on the gender pay gap in the global workplace could be as high as $160 trillion in lost earnings, according to a World Bank study.

Another report by KPMG Australia found that if the gender pay gap in Australia were halved and entrenched discrimination against women in the workforce was reduced, then this could result in a massive payoff to the economy valued at $60 billion in gross domestic product (GDP) by 2038.

The economic benefits of closing the gender pay gap look obvious and would provide a significant boost to Australian households.

Currently the average Australian woman earns about $1433.60 a week, according to the Australian Bureau of Statistics (ABS).

By contrast the average weekly ordinary time earnings for full-time adults in Australia in May 2018 was $1,585.30. 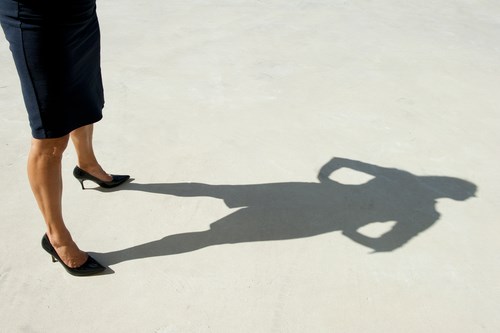 The gender pay gap is significantly worse in senior management, where women hold about 36% of positions, according to a gender report by the Organisation for Economic Co-operation and Development (OECD).

As a consequence of the gender pay gap, women are often at an economic disadvantage throughout their working lives. Here’s how it has played out:

The superannuation savings gap between men and women has marginally improved in recent years.

The most recent data available from the ABS shows that the gender gap narrowed by 6 percentage points in 2016 financial year and means that the average woman has about 27 per cent less in her retirement savings than men.

The gap in superannuation savings is largely affected by time spent out of the workforce caring for children and loved ones, and part-time work.

There are about 2.7 million women working part-time compared to about 3.14 million who are working full-time.

We are starting to see an increasing number of Australian companies change their parental leave polices to ensure that superannuation is paid while a person is on paid and unpaid leave.

This is regardless of a person’s gender and based on primary caregiving.

What should also help boost women’s super in the years ahead is increasing the Super Guarantee (SG) rate.

While further initiatives are needed to help women close the retirement savings gap in super, there’s no doubt that increased awareness, financial literacy, and improved understanding of some of the incentives available such as the government's co-contribution, will help women to add to their savings and close the gap.

One of the sad facts of financial inequality is homelessness and poverty.

While this affects the young and old, increased life expectancy also means that if women don’t work, own a home, or indeed have the support of family and friends, then they are likely to experience financial hardship later in life.

According to the latest Census, there are more homeless women, and elderly women living in poverty than men.

Fairfax Media reported that in 2016 the number of older women in Australia living with homelessness increased by 31 per cent to 6866, up from 5234 people in 2011.

While financial security is a big part of this story, so too is domestic violence.

Of the estimated 1.7 million Australian women affected by domestic violence, it’s estimated that most of them are also affected by financial abuse.

This is where their economic wellbeing is controlled to the point of abuse by another person, usually a partner or family member.

As we continue to call out the issues that affect the gender pay gap, it’s important to acknowledge that some progress is being made; all we need now is to speed up that momentum.

"This is a great article!"

"Whilst disparity in pay for like for like does raise questions and concerns, I often find comparisons between different industries distorts the argument. Men working in mining for instance also earn more than the average man working in most other industries for comparison. There are disparities in some occupations such as mining not due to hiring bias but the fact the lifestyle is often restrictive to many people wanting to fulfill those roles. Many mothers will not want to do FIFO work, so it's hardly surprising that women will also be unrepresented in that industry, with more mothers still in this day and age being the primary carer for children. 2. Despite strong educational attainment, women are less likely to engage in the paid workforce. That's very interesting and requires further explanation to the cause. If a group of people is more qualified but engaging in less paid work, one would expect a correlation to pay disparity also. I think it's very important that positions are paid based on requirements and ability to meet those requirements and neither gender nor race should have any influence on that at all, but I often feel many of the arguments put forward to try to establish there is a discrepancy based on these factors, is introducing factors that aren't really based on discrimination due to sex or race, but other factors such as lifestyle choices and preferences. I'm all for equality, but shot gun arguments devalue the message. I can get behind '"It’s not just about addressing pay. It’s a big issue that requires a holistic approach to improve the economic wellbeing of Australian women, and that’s something which requires the help of both genders.", but lets not find argument and cause where it's perceived but attributed to other factors."

"This is great, need more of it. Gender based bullying in politics could be added to the list. In the words of Hannah Gadsby, "men need to pull their #$%@n socks up!"