Election 2016: Comparing policies - we don't tell you what to think

Including...everyone thinks multinationals should pay more tax, a tax break that won’t even give you a sandwich OR a milkshake, and trying so hard not to be cynical leads to a strange thought - hypocrisy might just be a good thing…

Who will get your vote?

I do not want to be cynical, just realistic. Years of experience has taught us all to be sceptical of particular commitments from politicians. Sometimes these promises will not be kept and their original proponents will be accused of, wait for it – HYPOCRISY! I know – politics and hypocrisy in the same sentence…I never.  If you take all of these election policies as rolled gold, set in concrete promises, you may well be a fanatic of one of the parties and your rose coloured glasses need to be hollowed and re-set with some crystal clear lenses. The great political stayer of recent times – John Winston Howard led me to that very conclusion when he articulated “core” and “non-core” promises nearly 2 decades ago. If you voted liberal, you might have thought it a fair enough point, if you voted Labor, this and his master political nous meant he was a lying hypocritical rodent. He governed for 13 years!

Julia Gillard said she wouldn’t have a ETS prior to the election, then being pragmatic in the face of a hung parliament (if you were a supporter) she made a deal with the Greens in order to govern which made her a (hypocritical) lying witch (if you didn’t support her…and if you believed some excitable media).

But it ain’t all bad.  Hypocrisy, after all,  gives humanity some  wiggle room when we  get things wrong,  allowing us to change  our positions. As a  pollie, if you’re sticking  to your word just to save face in front of overwhelming evidence against your position (Big Mal?), then you’re more worried about yourself than those you are representing a bit of hypocrisy and a mouthful of humble pie might be called for. Of course, in politics the line between hypocrisy and pragmatism is drawn by others, not yourself, so changing your mind could end with the metaphorical knife in your back! We can only hope that these promises are made with integrity and are genuine - rather than as an attempt to cajole and hoodwink. If you’re looking with crystal clear glasses, maybe the best we can hope for is the general “vibe” that we agree with…

We know you’ve all probably already gone to each party’s campaign page to check out the policies for yourself… but just in case you haven’t, we did and chose these promises to share with you… 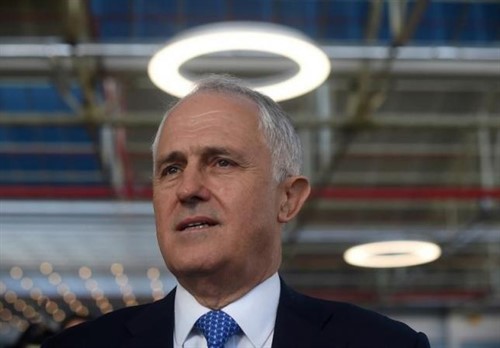 Angel or devil in disguise?

It seems a safe bet politically that everyone thinks multinationals should pay their fair share of tax. How many voters are going to argue against that? We are lucky multinationals don’t get a vote!!

I get the feeling that ‘promised’ changes to super may well fit into the ‘non-core’ basket for some influential pollies. Interestingly, regarding proposed changes to Super, Noel Whittaker noted in his Fairfax column…

"(Liberal) Cabinet secretary Arthur Sinodinos, in a Sky News interview, refused to rule out a review of the government's retirement savings policies after the July poll (saying) "The next process will be that we win the election then there will be consultation on various changes and then legislation presented to the party room”’. 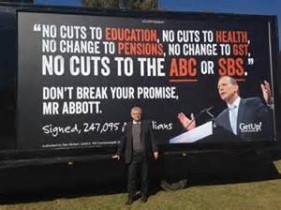 Do campaigns like this actually convert – or just preach to the already converted?

So again – do all these commitments really stand for anything? Mind you, if they keep banging on about particular things for long enough and then keep recanting their lines or doing the opposite, we may end up with a situation like they do in the US where it seems people have become so sick of the establishment status quo and their vested interests, that they’re willing to elect someone like Trump – maybe just to shake things up a bit?

Whoever wins government or influences the balance of power, it seems as though Finance and the Advice industry will remain under further strong scrutiny. While Labor have promised a Royal Commission into Banking and Finance, the Liberals have promised more funding to regulatory bodies and the Greens have a couple of stated aims as being the strengthening of prudential regulation to ensure greater transparency and reduction of systemic risk in the banking sector and regulation of financial advice services to ensure impartiality, transparency and protection of consumer interests.

So who will get your vote on July 2?

We asked 3 constituents where their vote currently lies and why: 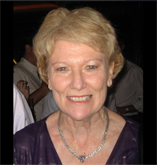 “Personally, the changes to Super proposed by the Liberal party are quite detrimental to me, but the Liberal Party has shown strong economic credentials in the past and will continue to have my vote. All in all, I’d be worried what a Labor led government will do to our economic standing and how that will impact my children and grandchildren long term.” 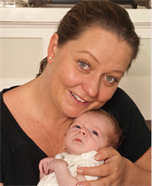 “As a university educated female property owner with a 10month old baby, I would like to see a more green government. I am increasing impressed with the calibre of the candidates and have noticed more being done for our state electorate since our green MP was elected - twice - I really don't understand how dental healthcare has been denied to citizens for so long and it's about time this changed. I also respect the greens efforts to include and encourage women in the party, affordable housing for future generation and the ceasing of large Companies donating to political campaigns, for reasons that should appear obvious.” 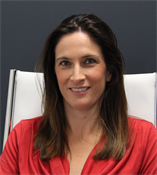 “As an accountant it is important to me to have a strong focus on economic performance. However I will not be making my decision based on this issue. In our current political situation I am compelled to take a stand on basic human rights. I want and need to be part of a country that gives equal rights to all people and protects those in our society that are marginalised. I am usually proud of Australia in leading the way in the global space but at the moment I find myself embarrassed at our failure to recognise same sex marriage, our single minded approach to detention camps and our lack of female representation in our current government. I will be voting with my humanity this election and hoping Labor can deliver on its promises in these areas.”

"C'mon Max, Howard should've set us up with a soverign wealth fund instead of buying votes with the mining boom money - any muppet could have had a surplus. Labor came in right when the GFC kicked off - and performed better than any other OECD country. Abbott was just out of touch and was an old school power politician, I'm hoping Malcolm will be better but he needs to shed the far right fruitcakes - if he done he (and the libs) would have a majority for as long as they wanted."

"I can't believe many Australian electors have such short memories. The Rudd/Gillard/Rudd government came in with a huge Howard era surplus plus a record mining booming but left the country with a huge financial and humanitarian mess and a few landmines (NBN, Gonski and NDIS) for Abbott to deal with. . Labour and the Greens are just not capable of managing the economy in a responsible way. Let's not leave our children and grandchildren with our debts. "

"It looks as though there will be substantial change in the rules governing super whoever wins the election. Personally, I feel comfortable managing my own affairs but I would have thought it would be a boon for planners as all their clients will have to pay for updated advice and planning?"

"Comments like Ann's represent the political reality. Even when their teams policy is bad for them, the go on voting for them. Rusted on voters of all parties get taken for granted. They play us for mugs"

"The X-Factor for mine - Nick Xenophon is the only honest bloody one in there....we just continue to go backwards with this current lot at the helm. Bill and Mal are both as inept as each other."