Don't Leave Getting Advice Too Late

86% of Australians remain unadvised. Of the 14% who are advised, nearly three quarters are over the age of 45 and half are over 55. With Australia's already massive superannuation pool of $2.8 trillion set to more than triple in less than 20 years, there is a massive opportunity for everyone - but as specially the younger generation to secure their prosperity for future decades. 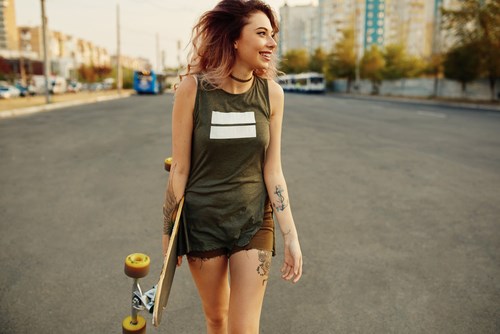 86% of Australians remain unadvised. Of the 14% who are advised, nearly three quarters are over the age of 45 and half are over 55. With Australia's already massive superannuation pool of $2.8 trillion set to more than triple in less than 20 years, there is a massive opportunity for everyone - but especially the younger generation to secure their prosperity for future decades.

The Australian consumer is one of the most investment savvy in the OECD region when it comes to market participation, in part due to the compulsory superannuation system implemented by the Labor Government in 1991. The current $2.8 trillion pool of superannuation funds is the 4th biggest pension fund pool globally, sitting only behind the USA, UK and Japan). It sits in the top seven pension markets globally, with the highest compound annual growth rate of 5.9%, in front of both Switzerland (5.3%) and the US (5.2%).

The size of this pool is set to get much bigger – according to Deloitte Economics, the Australian wealth market in the next decade is expected to grow to $4.6 trillion and $9.5 trillion by 2035. This is partly driven by the structural foundations of the Superannuation Guarantee and its increase to 12% by 2025.

Despite these fantastically large numbers, 86% of Australians remain unadvised. There is a great opportunity for the Australian public to take advantage of the “wonders” of compound interest to help secure their financial future. This is particularly so because nearly three quarters (72%) of people do receive advice in Australia are aged 45 or over. The upside for younger generations who start planning for future decades is enormous.

State Breakdown Of Average Age Of Clients Per Adviser

In terms of those people getting advice, it seem to make much difference whether they are in high income regions or low income regions of their state. The chart below references the regions within each state with the highest and lowest weekly median incomes. Aside from the outlier in the inner South of Melbourne, where only 58% of people who get advice are over 45, the figures show a remarkable consistency of use of advice from the over 45’s. It doesn’t matter whether you are in the highest household income area, or the lowest. If you’re getting advice, in more than 7 out of 10 cases, you’re over 45.

% Of People Receiving Advice Who Are Over 45

Most financial advisers will tell you, the earlier you start planning and saving for your future, the bigger the reward will be when you reach retirement age. The compounding nature of savings and interest over time is a simple and well known example of this dynamic. It is perfectly illustrated in this article regarding compound interest. This is one of the key reasons why starting to plan for your financial future is best started now – if you don’t, you might end up kicking yourself later.

"The earlier you see an adviser to help you save money and put in place a simple plan the better off you will be. I can't stress this enough. It doesn't have to be about investing large amounts of money, particularly if you start early."