Craig Swanger of Revolver Capital says that no matter what the Royal Commission concludes, the superannuation fee debate has reached the point of no return. To help you wade through the super maze, Craig debunks 5 myths about superannuation... 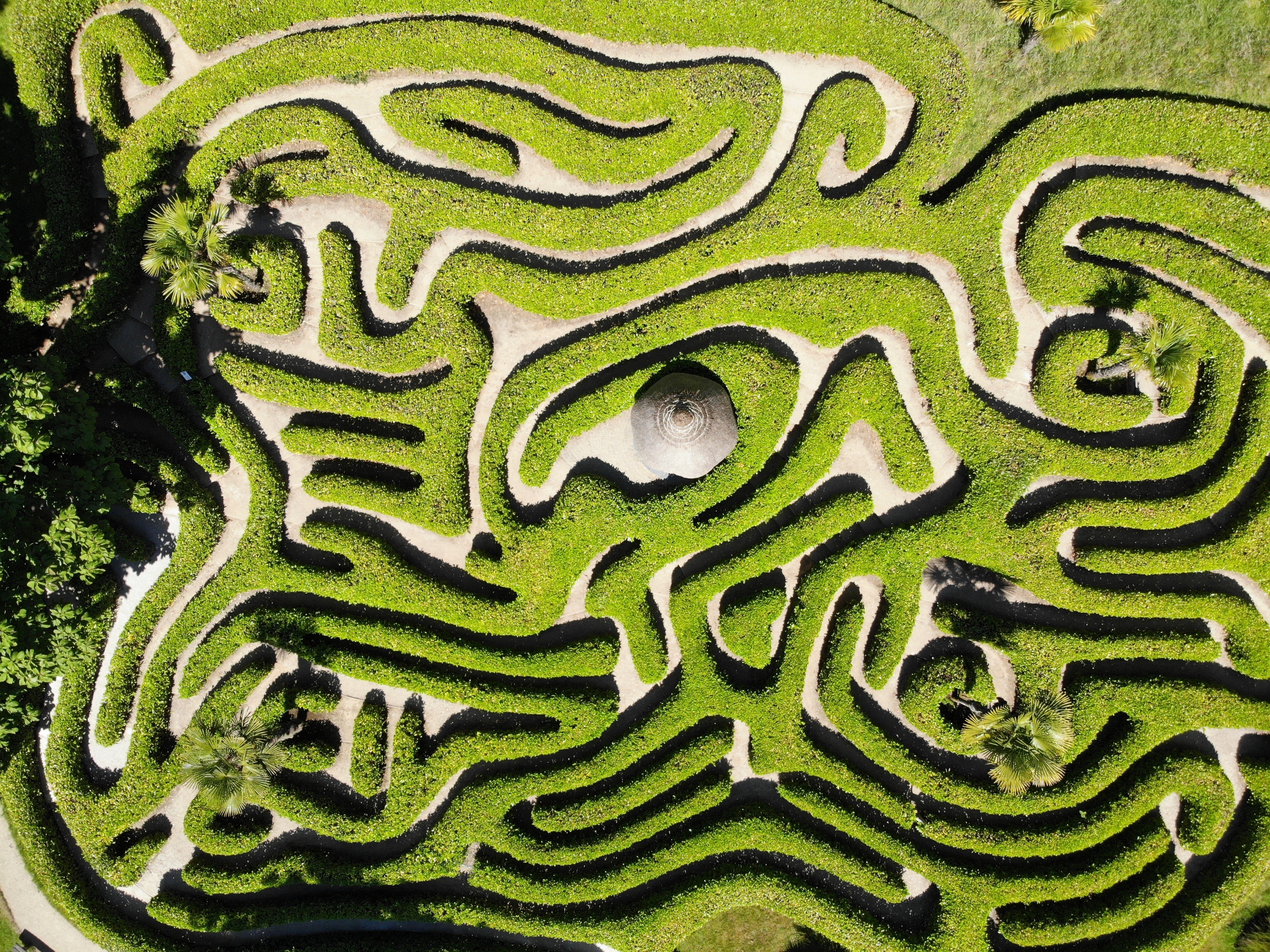 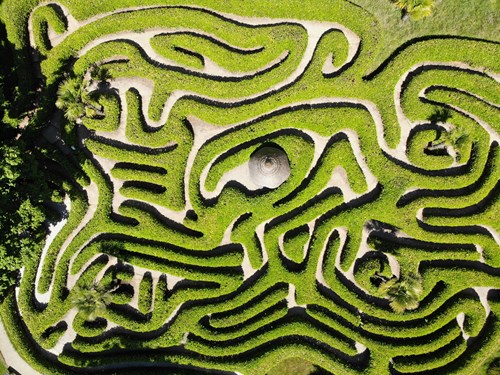 Myths abound in the finance industry, alternately bewildering and then lulling consumers into a false sense of security.

No matter what the Royal Commission concludes, the superannuation fee debate has reached the point of no return. We will not hear the end of this for a long time. Almost certainly there will be more inquiries, ASIC attention and a voracious media appetite for scandal which will ensure the public continues to learn of broader industry failings. Interestingly, and despite the focus of the more predominant media headlines, the Royal Commission findings make it clear this is not just about big bad banks and a few naughty advisers. Contrary to popular opinion and a belief that not-for-profits only act in the best interests of members, industry super funds are not always blameless.

Grandfathered trailing commissions, banks consolidating clients into their higher-fee funds, not-for-profit funds spending members' funds on self-promotion and related parties, the list of abuses goes on and on. Unsavoury in nature, they are a blight on the work and reputations of the people in the industry doing the right thing. It is therefore vital each of these issues is addressed. However, in my view, these issues only address the easy wins in the debate.

Moving beyond the easy wins: pointing a finger at obvious transgressions isn't enough when Aussies continue to be misled on performance and fees.

It's obvious we need to eradicate poor conduct of this nature, a disgrace which for the most part has been left unchecked too long. Senior bank executives throw sacrificial lambs into the Royal Commission’s fire, then claim in carefully crafted press releases that they will do better by customers in future. More must be done to fix the conduct issues plaguing parts of the system.

Less obvious, more entrenched and therefore so much harder to change, is the ease with which excessive fees can be charged within the existing rules. This is not misconduct. It is a fatal flaw in the system.

Funds charging double the fees for the same investment products offered by others are operating legally and unchecked. It may be legal, but they are not acting with full transparency, or in the best interests of customers. They hide poor performance behind a bewildering array of investment choices, yet the cause isn’t investment performance. High fees are the real culprit. These are hidden in layers of fees which make it impossible for the average consumer to compare price and value.

Let’s cut to the chase. Others won’t say it for fear of retribution, so let me spell it out in black and white. There are more than a few of these funds deliberately taking advantage of the lack of understanding and lack of engagement with super to get away with:

So, how do they get away with this?

Most people don't think about their super much because they are more focused on solving today's problems. Also, decisions are often made on their behalf by an employer who they trust more than their own judgement. The industry is also highly effective at making super seem more complicated than it is, discouraging a deeper engagement from members (unless it is encouraging people to consolidate super into their products).

The average person in Australia generally believes that a more expensive product is better. There will always be subjective arguments of course, but for the most part, it is generally accepted that a Maserati drives better than a Mini, Bollinger tastes better than Spumante and cashmere is warmer than cotton. So, consumers will pay more if they value the difference, and they can afford the price tag. The same applies in reverse. Typically, a Holden Commodore and a Ford Falcon didn't vary far in price because consumers were aware they were essentially the same thing. This thesis applies to most consumer goods – higher quality must back higher prices. This is not the case with superannuation which joins a small list of opaque consumer products where quality and price aren't connected, just because the consumer isn't able to make an informed decision.

Education and access to unbiased advice is an important component in resolving this tension. However, it is already incredibly difficult to get Aussies to engage with their super. The likely impact of the recent revelations by the Royal Commission is less trust and a stronger reluctance to rely on industry experts to help them make good decisions for their future. Therefore, structural changes are required to increase transparency, unravel fee complexity, and ensure more funds are doing the right things by their customers. 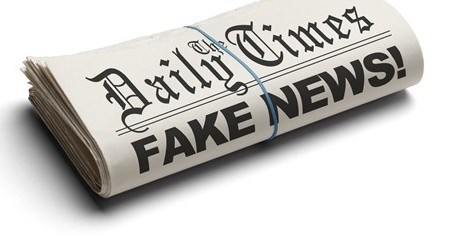 In super, there is no stronger example of this than the persistent perception that bank super products are safe (and therefore high performing) and that industry funds are cheap (and consequently high performing). The facts simply do not back this up.

The evidence on who is best between the industry funds and the retail funds is mixed, and at best inconclusive. What is not mixed is the uniform lack of transparency when it comes to fees and performance. Some major myths must be debunked if we are to become a credible industry. Alternatively, we can ignore this underlying issue and continue to suffer the loss of consumer confidence as ASIC actions hit the news year in and year out.

Debunking super myths. Getting real can benefit everyone – consumers, companies and the country at large.

Since the clean up on superannuation fees with the regulatory (RG97) changes last year, some of the industry funds are far above the average fee levels. For example, the HostPlus ‘MySuper'* option is $78 per year + 145bp (145basis points, or 1.45%), equating to $1,528 per annum for an average account size of $100,000. Given this is essentially the same product as the MySuper products offered by UniSuper and Australian Super, coming to $656 and $828 respectively, it is hard to justify the perception that if a fund is an industry fund, it is cheaper.

*MySuper was designed to be a low-fee, low-complexity, diversified super solution to be offered by retail, industry and corporate super funds, and to be used as the default funds for employees that don’t choose a specific super fund themselves.

Contrary to the "big and safe" brand perception the banks enjoy still, their most significant products are by far the weakest on performance. Colonial's FirstChoice for example, has returned 6.0% per annum over the past ten years, compared to 7.2% - 7.4% per annum for the three funds listed above.

While bad performance in the past tells us something, good past performance is not indicative of good future performance. Overwhelmingly, the data shows that good performance is not persistent. Yet the media, the productivity commission, and far too many in our industry focus on performance tables. If you had switched to the top performing fund at the start of each year, you would have underperformed the simple strategy of choosing the average low fee product.

MySuper is the cheapest option

MySuper is the default fund for any given fund manager and has the most straightforward fee structure. Consumers are led to believe MySuper, as the default, is the cheapest. Often this is not the case. As an example, the HostPlus MySuper option is one of the most expensive in the market. Meanwhile, HostPlus currently offers the lowest fee fund in the market, the HostPlus Indexed Balanced Fund, at just $78 + 7bp a year. Similarly, Vision Super provides a Sustainable Balanced fund for only $78 + 33bp per year whereas their MySuper product is $78 + 92bp per year. This trend continues across the retail platforms where the MySuper option is typically much more expensive.

The Royal Commission has commenced an essential journey towards unravelling the complexity, misinformation, conflicts and structural issues which characterise superannuation. Rebuilding this important industry in a more sustainable and consumer-focused form will be more challenging. Debunking the commonly held misconceptions and myths which surround super is an essential first step.

But those myths were created by the industry itself so that won’t be easy to achieve. Every year the performance tables are rolled out and we celebrate last year’s winners. Inadvertently or not, once again we mislead consumers into believing that past performance is the most important guide when selecting a super fund. Industry funds collectively continue to promote themselves with the promise of lower fees, obscuring the reality that many of their MySuper funds are 20 -20% above the average cost. Both sides happily push advisers under the bus, and sadly a few bad eggs have made that job easy for them.

It’s time to get on the front foot. Let’s not wait for the next inquiry or regulatory overhaul to force us to change. The industry, consumers and the country at large all benefit from positive reformation. To achieve this, there must be a bold commitment to:

Australians work hard and deserve to enjoy the fruits of their labour. They are not, by any means, stupid. It is time for the finance industry to stop being so paternalistic. Empowering consumers with knowledge, giving them a voice in the conversation about their financial future, creating easier access to trusted advice and ensuring appropriate protection measures are in place are all imperative to creating a more certain pathway to prosperity for the nation.

Craig Swanger is a 25 year veteran in global investment markets, including 15 years at Macquarie Bank as Global Chief Investment Officer where he was responsible for a team of 120 product developers and managers across 14 countries and every major asset class.  Since leaving Macquarie in 2013, Craig has invested and advised a range of technology companies with a focus on transparency, independence and educating consumers.

"all i can observe is a big explosion in the financial services ind, followed by a regrouping, same again??only different rolls, "I WILL BE BACK". a few sacrificial lambs slaughtered, a few bad boys at top of bank corp ladders swapping jobs. For what its worth I would like to see : Ghost bank customers reporting results of dummy visits to all branches of the financial services and reporting to "experts" ongoing and random "anytime/place" visits. ANY TAKERS?"

"What a great article. Thank you for posting."

"Hi Steve - answer is that yes it is a design flaw. The problem is that while the regulator called for LESS fees they didn't specific it had to be LOWER fees per se. That said, MySuper's real purpose was to remove the situation where disengaged employees were being put into very high fee funds. It has succeeded in reducing the average fee paid overall as it forces default funds to be MySuper. But that just means they are lower fee than expensive funds, not low fee!"

"Good article Craig. And maybe HostPlus isn't even that cheap in MySuper if they are using insurance tax deductions to fund operating expenses as opposed to the normal practice of charging members directly. https://www.smsfadviser.com/news/16828-host-plus-denies-using-insurance-premiums-to-prop-up-fund?utm_source=SMSFAdviser&utm_campaign=15_08_18&utm_medium=email&utm_content=1"

"Thank you Craig for helping to remove some of the myths surrounding superannuation. With Australia having the 4th largest pension system in the world with more than $2.09 trillion (pretty impressive for a population of only 25mil), we definitely need to educate ourselves more on superannuation!"

"Very informative - but If "MySuper was designed to be a low-fee, low-complexity, diversified super solution" - why are some more expensive and have higher fees? Is it that the funds - whether they be retail or industry - have set them higher because they are default and so they're aiming to gouge the greatest number? If they're designed to be simple and low fee but aren't - isn't that something of a design flaw? "