It looks like a carefully constructed political budget, with aims for more drastic changes when the Liberal government looks to secure both the Senate and Lower House in July.

We can't help but think this is a carefully constructed political budget, with aims for more drastic changes when the Liberal government looks to secure both the Senate and Lower House in July. The safety of this budget, given 75% of Australians will be unaffected by it, signals that the PM and Co are angling for another 3 years, in order to implement more fundamental changes to Australia's economic landscape in 2017. 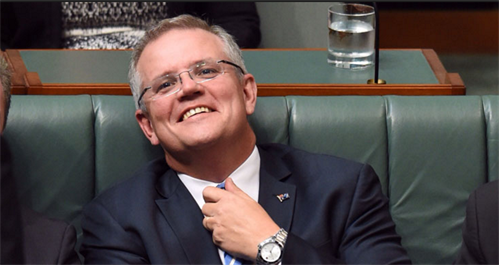 The biggest loser in last night's budget is undoubtedly the 4% of "high net worth" superannuation members and those transitioning to retirement. The key issues for concern are:

1) The reduction on annual maximum contribution limits to $25,000

3) Earnings of transition to retirement income streams will be taxed to kill the incentive to use them to minimise tax.

The key positives out of Super changes were:

1) Retaining the low income tax offset for those earning under $37 000;

2) Extending the superannuation system to all Australians by broadening the tax deductibility of contributions and removing the work test for older Australians;

3) The introduction of a mechanism to carry forward unused caps for five years where an individual has less than $500,000;

We think this is a big opportunity for financial advisers to help their clients adjust to the changes. When you start fiddling with the 30 year Australian bastion that is our Superannuation system, consumers rightfully get a little nervous - even more so when nearing retirement.

WHAT DO OTHERS THINK?

Negative or positive - what do all pundits of key association acting on behalf of advisers and consumers?

On a day when the Reserve Bank of Australia (RBA) has cut our interest rate to a record low, Treasurer Scott Morrison has delivered a solid budget with a coherent narrative.

The Financial Planning Association of Australia (FPA) welcomed fairness measures in the Federal Budget but cited concerns with increased complexity, changes to the “transition to retirement” (TTR) strategy in tonight’s 2016-17 Federal Budget announcement and called on FPA members to carefully consider the effect on clients.

SMSF Association CEO/Managing Director Andrea Slattery says this decision, when coupled with other flawed measures in the Budget, will send shock waves through an SMSF sector that was hoping the broad parameters of the system had been settled.

The Association of Financial Advisers (AFA) believes measures announced in the Federal Budget this evening will benefit small businesses, which represent the engine room of the Australian economy.

AFA CEO Brad Fox said the Government needs to create a paradigm shift by setting a new vision that can inspire the country beyond the post-mining boom era and while it will take time to see if the Budget is enough to create that paradigm shift, it is a step in the right direction.

Overall we are cautiously positive about the many superannuation changes in this year’s budget. On the one hand some changes repair past mistakes, while on the other hand some new proposals, if not legislated with great care, could create a suite of new problems.

The Financial Services Council (FSC) notes the proposed budget changes to superannuation are designed to improve retirement outcomes for all Australians.

Council on the Ageing

COTA Australia Chief Executive Ian Yates said he welcomed the initiatives which put superannuation back on the path for which it was originally intended and ensured women and low income workers had more opportunities to save for their retirement.

Unfortunately, aged care is still a rationed system which means people who have been assessed and approved as eligible for care don't get it because of the rationing.

"This means thousands of older people still languish on long aged care waiting lists or may have to move to inappropriate care or care far from loved ones.

"Can you leave superannuation alone please? I mean, seriously, could you try any harder to undermine the confidence of younger Australian's who may be considering super as a legitimate way to save for retirement? Every time you touch the rules you take a wrecking ball to the confidence levels of Aussie's and their retirement aspirations. And what about all that work financial planners have done with clients over the past 5 and 10 years, working with clients on specific retirement targets and goals? All gone to dust. You think you're balancing a Budget, truth is you're targeting the wrong folks, you're messing with things that will come back and bite future governments 20 years from now. And those future governments will point to a time in history when the then government cocked things up. That'll be this government's legacy. TTR, for all its faults, was a hands down winner on engaging people about their retirement plans. It made people sit -up and pay attention and put plans in place. That was its purpose and it's why this government, a conservative government, should have seen past the tax aspect. "

"The restrictive contributions caps are disappointing, particularly for small business owners and others who intended to fast track their super accumulation when their late-in-life cashflow allowed or the proceeds of the sale of their business freed up money they intended to use to fund their retirement. "

"Interesting the different comments re super from the FSC (bank lobby group) and the SMSF Assoc."

""We can't help but think this is a carefully constructed political budget..." Is there any other kind? Nothing to rock too many boats here, but when they win the election, next budget look out for something like Hockey's first train wreck! "