From the waterways of Duungidjawu country that is Moreton Bay, to the hipster enclaves of North Melbourne. Join us as we continue our travels across Australia's Top 20 Advice regions of “opportunity” for financial advisers and highlight the top advisers along the way.

The eastern seaboard of Australia represents great opportunity for advisers – from the waterways of Duungidjawu country that is Moreton Bay, to the hipster enclaves of North Melbourne. These are the regions ranked 6-10 in our countdown of the top 20 regions in Australia of “opportunity” for financial advisers.

The rankings of the 56 regions across Australia are determined by a number of factors including but not limited to population per adviser, FUA per adviser, growth rates and household income of the region. The rankings are one indicator of the opportunity that region represents to advisers in terms of employment, salary and client acquisition comparative to other regions across Australia. 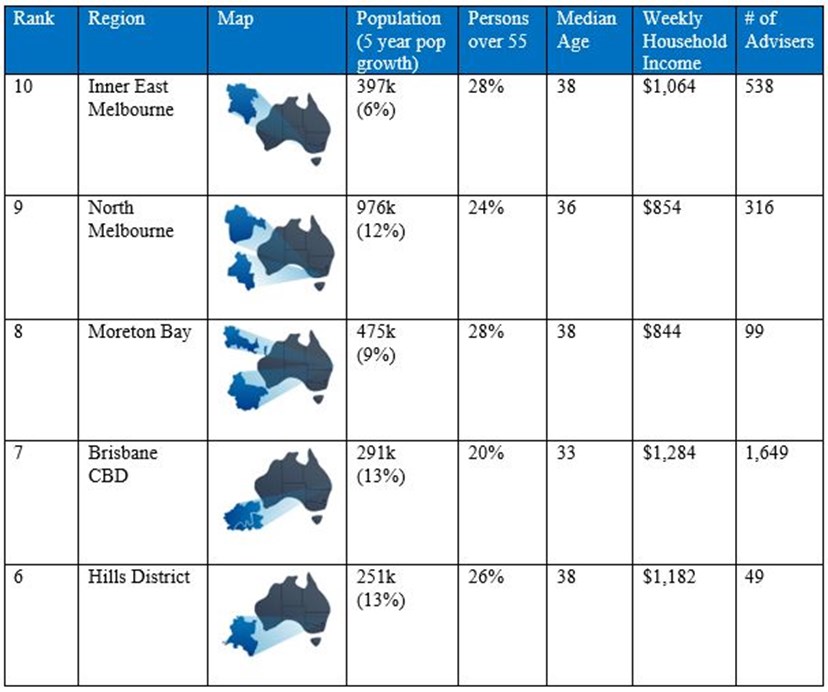 Easily accessed by tram, train and road, the inner eastern area of Melbourne is known among Melburnians as a working-class district, filled with pubs and old factories. It is home to the iconic suburbs of Collingwood, Fitzroy and Richmond, with each suburb having its own uniquely Melbourne feel and characteristics. 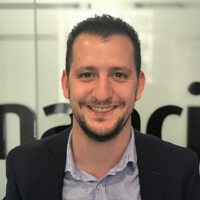 Whether it’s a delicious meal shared over a cheeky red in Melbourne’s north-western suburb of Sunbury or a delectable burger from a burger bar in Melbourne’s south-eastern suburb of Doncaster East, North Melbourne is culturally impressive. It has the charm of the country, with all of the fun and excitement of the city. 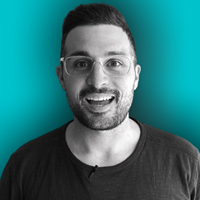 Home to one Australia’s most important coastal resources, the waters of Moreton Bay are a popular destination for recreational anglers and are used extensively by commercial operators who provide seafood to market. It’s a fast growing vibrant community positioned just north of Brisbane, with the massive D’Aguilar Range enticing tourists with its lookouts and swimming holes. 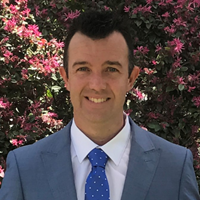 Perched on the Brisbane River, Brisbane CBD is home to the third largest constituents of advisers in terms of regions across Australia. The affluence of Brisbane continues to grow, driven by property price growth and an expectation of post pandemic tourist activity from the southern states. 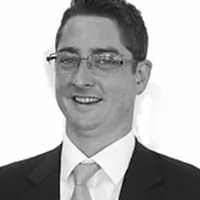 "Sydney’s Bible Belt", the Hills district is strong conservative Liberal stronghold, with high levels of wealth and SMSF penetration. It is serviced by a relatively low number of financial advisers, representing significant opportunity for any adviser looking to move to the area. 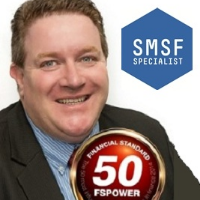