By the time 2023 rolls around, 15k advisers will have left the advice profession. Having been battered for the good part of a decade, what constitutes survival in the advice Industry?

The inexorable march to a profession reminds me of Charles Darwin’s oft-quoted, “It is not the strongest of the species that survives, not the most intelligent it is the one that is most adaptable to change.” So, what constitutes survival? By the time 2023 rolls around, 15k advisers will have left the advice profession…

Two months later, in July 2008, the US Federal government had to bail out lenders, Fannie Mae and Freddie Mac. In September 2008, Lehmann Brothers declared bankruptcy. In Australia, in October 2008, Storm Financial collapsed calling in the administrators 3 months later. In March 2009, global stock markets were at their nadir. 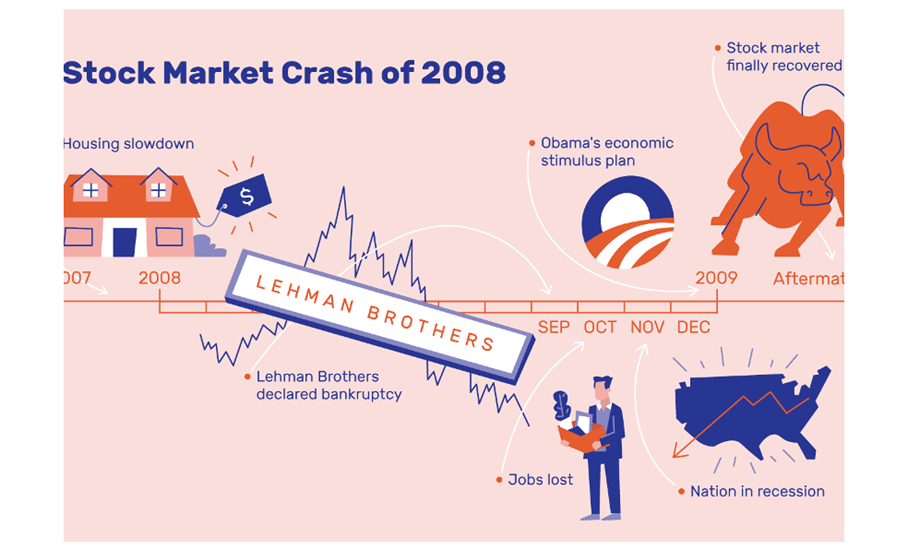 The Global Financial Crisis (GFC) along with the collapse of prominent financial product and services providers led to a massive loss of public trust in the financial planning industry.

It prompted the industry to move from being a transactional and product-focused industry to one offering holistic advice and services.

In 2012, the Future of Financial Advice (FOFA) reforms were passed with new legislation effective 1 July 2013. This meant removing commissions from investment products and a 2 year opt-in.

In 2017, FASEA was established placing education and new exam requirements on both existing and incoming advisers.

In 2018, the advice industry was hauled over the coals at the Royal Commission. In February 2019, Commissioner Hayne delivered his recommendations.

In 2020, having been battered for the good part of a decade, the advice industry was front and centre of the pandemic, as markets fluctuated and new stimulus measures passed. AMP hit the headlines for all the wrong reasons; MLC sold to IOOF. The removal of grandfathered commissions and the final stage of LIF was implemented.

Advisers ADAPTED (by leaving the industry).

In October 2020, Senator Jane Hume, stood on the virtual dais at the AFA National Conference exclaiming:
“You’ve been providing advice to distressed clients, doing pro bono work, providing discounted advice, putting in long hours. In times of crisis, Australians turn to their trusted financial adviser for advice and guidance. And even before the pandemic, the financial advice industry was undergoing significant transformation — the main focus of last year’s conference — following reforms to lift standards and in response to the Royal Commission…

… I know it hasn’t been easy — as the Treasurer said 'the road out will take time and there will be bumps along the way’. We’re taking a practical approach as Australia continues down the path of having a truly professional financial advice industry.

Despite all the challenges, we want as many Australians as possible to access quality professional advice when they need it. Ultimately, that’s the goal for all of us.”

A month later we surveyed the adviser market. Surveys often capture the most active advisers in the market. 22% of these advisers were at best uncertain to stay in the market. With only 4 sittings left of the FASEA exam, 43% of advisers still need to pass the exam. Having gone through adviser by adviser, licensee by licensee in terms of where advisers are on their education/exam pathway and their own personal view on their future, the “exit door” is more enticing for a further 7,500 advisers still practising. We are halfway through our adviser exodus.

It seems many advisers are not waiting for the government to cut red tape. Their decision is made. By the end of 2023, 13,000 advisers will be left in the industry from highs of 28,000 (refer AFR article).

And to bookend with a quote, in the words of financier, John Pierpont Morgan - “The first step towards getting somewhere is to decide you’re not going to stay where you are.” This is true for whether you are going to move forward within or outside the industry.

Time is not on advisers' side.

"Have Canberra considered the loss of revenue of 13,000 plus advisers leaving and closing their businesses. All you hear from politicians is “Jobs and Jobs and more Jobs”, seriously boring. I know what tax I pay along with all the other business expenses. The fall out will be followed by the closure of licensees and staff along with institutions and staff downsizing due to the lack of new business and insurance pool shrinkage. The up side of leaving after 36 years is that I won’t be paying any more PAYG tax that pays Canberra salaries unless they change the retirement rules which is always on the cards when they want more revenue. Looks like the industry funds will have the last laugh"

"I too am on the verge of giving up after 31 years in the industry and after having witnessed many changes over the years and each time rising to the challenge. Now at 77 years of age and after recently completing my Graduate Diploma which was a rehash of the Diploma I already held, and successfully passing the FASEA exam I am concerned about the future viability of operating a small business. I love my clients and I love the work I do, but the writing is on the wall, that I will have to exit the business and apply for the Age Pension. The cost of running a small financial planning business, the time spent on compliance work and the ever growing fees ( ie licensee, professional indemnity and ASIC) have resulted in my feeling completely discouraged for the first time since the early 1990's and the " recession we had to have". I wonder too why the media hasn't picked up on this. We seem to be fighting a secret battle that no-one knows about."

"It's been 16 years. I've thought about leaving the industry many many times. It's disheartening to hear all the comments because unfortunately, it's true and accurate. It's not just a bunch of washed up, jaded, cynical complainers. The entire industry feels it, young and old, experienced and inexperienced, holistic or scaled, it doesn't matter. The system is broken and no one is getting to the heart of the issue. The system is getting worse because NO ONE is brave enough to address the elephant in the room. If you truly want to fix financial advice in Australia, do something about Statements of Advice. "

"After 15 years, at age 37, I left the profession. I held 3 degrees, 3 designations and was in the first tranche of Advisers to tick off all FASEA requirements. I left because I could. I wasn't trapped as a business owner, I could walk away with a perfect compliance record. Those that leave can do so because they have options. Those that are trapped do not have options. "

"I agree with all of the above. The sad thing is, they don’t care one whit about the fallout and are happily skipping off to their next taxpayer / member funded gigs. That is why advisors are leaving in droves - it’s just not worth the BS, especially for those who are well educated and can pursue other careers."

"If we acknowledge that there are some greedy, misleading advisers and planners in this country and the cure is to halve their incomes, create ridiculous, unnecessary exams and add the quadrupling of admin, will all politicians, lawyers accountants and doctors agree to the same damning punishment when they are found to be corrupt and unprofessional? Perhaps, Mr. Trowbridge and Mr. Hayne could voice their opinion on this issue. There will always be some level of corruption in business and politics, however in no way will the punishment lead to the decimation of a profession like ours that does more to help society than most! God help us, because our government will not! The banks saw an incredible opportunity to make billions from the insurance and super business and failed miserably and yet good, hard working advisers have had great success by being just that! After 48 years of giving good, honest advice, and handling tens of millions of dollars in claims, I am not sure I need to continue to be insulted by the onerous compliance requirements which continue to question my honesty and integrity and deem me to be unqualified, if I do not do a silly test! "

"I passed the FASEA exam in early 2020, and have met all the educational requirements. I am confused as to what industry I've now joined (I'm in an associate adviser role) simply as my new licensee doesn't want to pay the higher authorised rep. fees."

"I met with Senator Nick Sherry after he spoke about being in a room with hundreds of people who had lost everything due to the complex maze that is Investing and how together, we must fix these issues. When I pointed out that the main cause of confusion with Investors, was the Legal jargon and wording in huge documents that NO-ONE except Lawyers understood, which resulted in N0-0NE except Lawyers reading them and the way to fix this, would be to avoid using Lawyers to draft anything that is put in front of a client, he was quite shocked. The fact he was a Lawyer and I was attacking the citadel and ivory tower that is the Law, offended his sensibilities. There has been no reduction in complexity, in actual fact, it is many times worse, which has led to a mass exodus of Advisers, the cost of advice rising and now after all the ""Improvements"" have been implemented, 85% of Australians can no longer get comprehensive advice. Congratulations all the Regulators, Public servants and the Government. You have been able to destroy thousands of very good advisers lives and alienated millions of Australians who now are left in limbo, by using complex Regulations developed by Lawyers, who are very happy with their lot in life, just too bad for everyone else."

"Great job ASIC, LNP, MIA Jane Hume and FARSEA. You must be so proud to have totally STRANGLED TO DEATH BY BS REFS the Advice Industry. Cant wait to see all that wonderfully personable and mythical Robo Advice fill the gap. Canberra bubble bureaucratic clowns couldnt run a meat raffle at the bowlo with 1,000 new REGS. Pathetic !! "