My parents have lived in Australia for 20+years and the whole time drawing a UK pension. Is it possible to transfer it out here? What do we need to be aware of when considering this? I keep seeing the term 'QROPS'. What is this, and is it important?

My parents have lived in Australia for more than 20 years, and the whole time they have been drawing a UK pension. Is it possible to transfer it out here? What do we need to be aware of when considering this? I keep seeing the term 'QROPS'. What is this, and is it important? 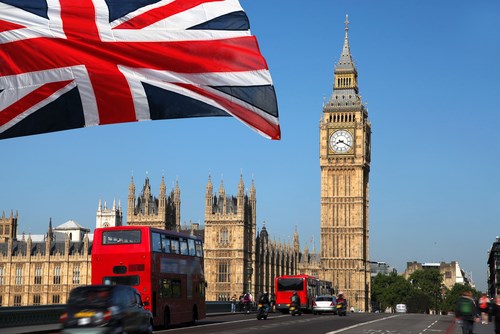 Great question, and it will relate to many as a lot of people have UK pensions from when they’ve worked over there.  While this will give you a quick glimpse of some of the issues you will come across, a thorough answer to your question will require deeper investigation and potentially pages of explanation.  QROPS stands for Qualifying Recognised Overseas Pension Scheme, and is the reference used by Her Majesty’s Revenue and Customs (HMRC) for pension and superannuation funds that meet specific rules which allow them to accept money from UK pensions.

In April 2015, changes were made to the QROPS rules which made it a lot harder to bring pension funds over to Australia.  Australia superannuation law states that funds need to be available for hardship payments prior to retirement.  This makes most funds non-compliant with the QROPS rules so a specially-drafted trust deed is usually needed which does not allow this.  As a result of this, the list of approved QROPS funds on the HMRC dropped dramatically.  A quick scan of the list of approved Australian funds will show you that it mainly consists of Self-Managed Superannuation Funds.

As with any “manufactured” tax environment, there are a multitude of different rules and regulations, so without a thorough examination of your parent’s pension, it’s just not possible to give a black and white yes/no to being able to bring it over.  UK pensions and QROPS rollovers are a very specialised field and advice really should be done one on one.  We’d need to explore if it’s one single pension or multiple ones.  Which ones are paying an income stream, which ones are not.  Those that haven’t started paying an income stream might be able to be transferred.  Some UK pensions are locked, some are more flexible.  It’s similar to Australia where we have industry & retail funds, Self Managed Super Funds and Public Service funds (eg, PSS, Military Super and the like).

Further, when moving money from the UK to Australia via QROPS, some of the money (but not all) is treated as an after tax, non-concessional contribution.  There is a limit of either $100,000 per year or $300,000 if you group this year and the next two years’ contributions.  Other parts of your pension may be taxed at 15%.

If your parents UK pension has a “pay out” value, they may be able to transfer the lump sum over to a QROPS compliant superannuation fund.  However, there are a few things to keep in mind:

The implications for moving a pension can be dramatic, so a lot of care and consideration should be given.  As always, seek independent financial advice and in this case, specialist independent advice.

While the Adviser Ratings Website facilitates the question and answer functionality, all such communications are between users and authorised financial advisers, of which Adviser Ratings has no affiliation. Adviser Ratings is not the advice provider and does not provide financial product advice and only provides information that is general in nature.

"I think this just goes to show that you really do need to consult an expert in the different fields you are seeking advice in ? Whilst these two gentlemen have done their best at giving "some" general information, there are a couple of BIG glaring omissions, or just plain wrong comments. Firstly, (generally) if the pension has commenced paying an income (as inferred), it cannot be transferred. Secondly, if the Pension had not commenced, and could be transferred, not all of the funds are considered as NCC when being accepted into a qualifying QROPS Superfund here in Australia. Part is considered "Growth", taxed at 15%, and considered "contribution - other", and not counted in either NCC or CC caps. There are many other points, but this really just highlights the importance of seeking advice from a qualified expert !"

"Great answers. Congrats to you both! This is something people obviously would benefit from seeing a financial adviser."