Advisers Must Prepare Or Pay The Price

FASEA was established with a mandate to govern the conduct of professionals in the financial advice sector. If advisers don’t start preparing now for change, they could end up paying dearly...

The inaugural CEO of the Financial Adviser Standards and Ethics Authority Limited (FASEA), Dr Deen Sanders OAM started his tenure on Monday this week. FASEA was established with a mandate to govern the conduct of professionals in the financial advice sector. As the incoming FASEA CEO, Dr Sanders will lead the establishment of these new standards. 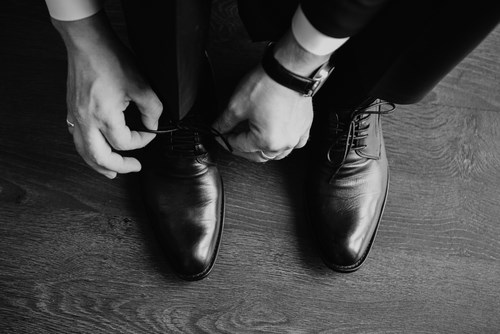 The Legislation In A Nutshell

The new professional standards regime, introduced by the Liberal Minister for Revenue and Financial Services Kelly O’Dwyer, will commence on 1 January 2019. From this date, new advisers entering the industry will be required to hold a relevant degree.

Key points of the bill include:

A media release from O’Dwyer regarding the legislation noted that this transition period for existing advisers recognises that they may need to complete the education requirements on a part-time basis, while continuing to service their existing clients.

As noted recently by Sally Patten in the AFR, although advisers:

“...have few details to work with, it's clear they need to start thinking about their future now… the basic requirements are known and financial advisers do not have much time to get ready for the new regime – or get out. Sadly, those who bury their heads in the sand and make no decision about whether they will get with the new program or leave the industry could end up paying dearly.”

The issue is acute for those advisers who own their own businesses. Selling a practice can be a protracted affair and could take up to 5 years, grooming a suitable successor will also take time.

Patten identifies the problem for business owners who decide it is all too difficult is that if they don't act soon, there will be a flood of similar businesses on the market at the same time.

"Given the long lead times, advisers may not have the luxury of waiting to see what the new education and ethical requirements will look like."

The UK Experience – The Advice Gap

Australian advisers (and consumers) would do well to look at the UK as illustrative of what may happen when a new regulatory regime is implemented with a view to improving the way advice is offered.

In 2013, the UK introduced sweeping reforms to the financial advice market, aiming to improve free transparency and professionalism. The rules, known as the Retail Distribution Review (RDR), banned advisers and wealth managers from taking commissions from the products they recommend. Instead, they must charge a fee direct to the customer for the advice provided. Four years on, the RDR has broadly achieved its objectives: consumers are better informed about the cost of advice and professional standards have risen.

However, one of the biggest unintended consequences has been what many describe as an ‘advice gap’ caused by advisers withdrawing services for those with less than £100,000 to invest. They argue the cost of servicing these clients became too high.

Although the regulatory changes effecting the Australian market will be different, they may have a similar consequence if they cause advisers to leave the industry. There have been suggestions that thousands of advisers may leave the industry – particularly those more mature and experienced advisers who resent having to jump through the new regulatory hoops or those who decide attaining the new qualification standards are just too onerous and time consuming.

Fewer advisers could result in a similar experience to the UK with an “advice gap” opening up in the market that would result in many seeking advice no longer able to afford it and looking elsewhere, including robo-advice for help.

Numbers of UK advisers fell by around 30% in the two years following the RDR changes going from 30,000 in 2013 to 20,000 in 2015. According to AXA Wealth, there is only one adviser for every 2,700 people in the UK who require help with their finances. This compares to current ratios of one adviser per 1,400 people in Australia and one per 156 savers in Hong Kong.

The new regulatory regime will most likely have a positive long term impact on the quality of advisers and advice in the Australian market. However, in the short term at least, there are 2 groups that may bear the cost. One being those professionals currently operating in the system who fail to satisfactorily meet the new regimes requirements or effectively plan their exit strategy, the other being consumers who could pay a premium resulting from a large chunk of advisers exiting the industry in unison.

"no need for sales people. customers love buying insurance and the under-insurance (actually, non-insured) issue will be resolved."

"With respect Russell, I believe there is a threat that thousands will leave the industry as a result of this new legislation. Advisers may have been giving good advice for 40 years, but if they're not qualified at 60, I'd bet they're not going to do the equivalent of a 3 year full time bachelor degree to be qualified at 65. It's out for them. Lots who have earned enough by 50 will be thinking the same."

"I'm with Mark. You'd hope Dr Sanders has a fair idea of what will be requested of advisers. The compulsory education requirements for existing advisers will be the most important component to see who stays in and who's out."

"I would like to know the % of risk advisers who disappeared after the UK legislation!! Four years on, the cost of risk advice must have increased so I believe underinsurance would be greater than ever. Suggestions that thousands may leave the industry due to regulatory hoops are not correct. Thousands will be forced to leave the industry because they will suffer a 50 % reduction in income. It is that simple. Advisers who have given good, honest advice for forty years suddenly are not qualified. Give me a break! Russ"

"It would be really helpful if you would hurry up and tell us long serving advisers what we actually need to do to bring ourselves "up to standard" so we can get on with doing what is required. Much as we focus on those that might not want to go though the process there are many more who are keen to get on with it!! "