Financial advisers are demanding more from administration platforms, planning software and investment research vendors. This sentiment, reflected through adviser satisfaction, saw major incumbent providers rated poorly. With Adviser Ratings forecasting a significant acceleration of adviser movements and a continued shift into self-licensing, it opens the door to new players. Take a look at the rankings and satisfaction levels here. 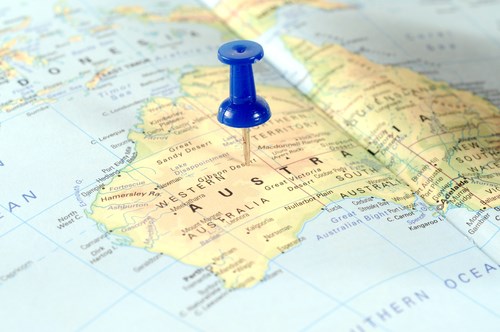 Financial advisers are demanding more from administration platforms, planning software and investment research vendors to help them deal with a tsunami of disruption to the industry caused by regulatory change and growing customer expectations. This sentiment, reflected through adviser satisfaction, saw major incumbent providers rated poorly. Conversely, accolades were showered on agile players responding to needed product and service enhancements.

Adviser Ratings Managing Director Angus Woods said the findings from the recently released 2018 Financial Advice Landscape Report indicate that technology and investment research providers to financial advisers are on notice to better serve their clients. “Our survey clearly shows a high level of dissatisfaction with many technology players, at a time when advisers are facing other cost pressures, particularly in the areas of education and compliance. Advisers are looking for more technological and phone support from platforms and planning software to free up their time and provide compliant end-to-end solutions to achieve this. In addition, with increased adviser mobility between licensees and the growth in social media, advisers are becoming more influenced by their peers’opinionwhen selecting a new platform or software solution.”

In assessing satisfaction levels of advisers, Adviser Ratings used a widely-known customer experience metric, the Net Promoter Score (NPS). NPS is a well-known metric that measures the loyalty of a user to a particular provider’s product or service. Other qualitative questions were overlaid-including fees, provider support, adviser reporting, platform functionality, robustness of research and ease of use to help understand the reasoning behind these scores. “With most providers where functionality or features were fairly even, we found the level of service and knowledge and helpfulness of its staff, was the most important feature when coming up with their score,” said Woods.

Despite (or perhaps because) they only service 2% of the market (St. George and Securitor advisers), AdviserNETgain was the only planning software provider to record a positive NPS (+18). In second place servicing 6% of the market was Adviser Logic with an NPS of -17. The two biggest players servicing the majority of the market also had negative scores. X-plan (owned by IRESS), with 53% of the market scored -28, while COIN (owned by Temenos), with a 20% market share had the lowest NPS of -43. It must be noted that Temenos, as the new owner of COIN, have bold ambitions to overhaul its current offering.

Clearly, this indicates there is a lot of work to do for the incumbent providers to raise their satisfaction levels with advisers – and indeed, it exposes the opportunity for newer providers to potentially replace these products with better offerings. Intelliflo and Advice Intelligence have signalled they are ready to aggressively tackle the Australian market.

The satisfaction levels vary across licensee and by region.

AMP advisers, who predominantly use COIN give it an NPS score of -45 with Financial Wisdom advisers rating it a lowly -73. BT advisers, however, are a little more satisfied giving it a +19.

The main player in this space also with a high dissatisfaction level among the top 100 licensees. Fortnum (-92), Magnitude (-47), Count (-42), Charter (-34) represent a highly dissatisfied adviser base. On a slightly more positive note, there is some wind in the IRESS sails, with higher satisfaction levels by Bridges (0), Financial Services Partners (0) and Morgans (+20). 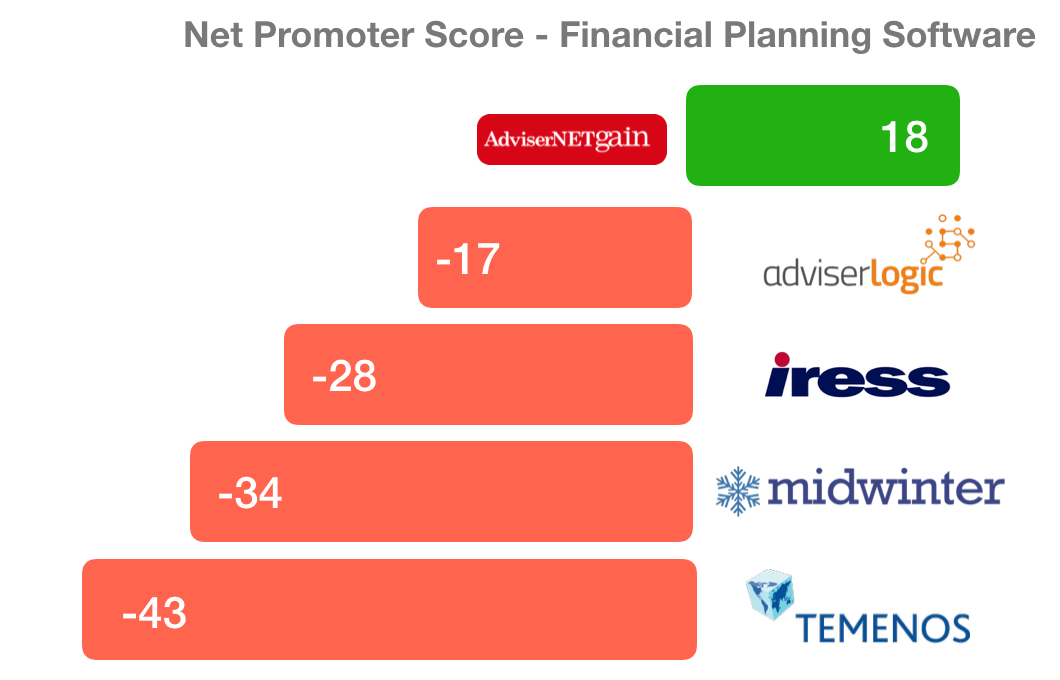 Regional analysis suggests some huge opportunities for incoming players - there is general dissatisfaction of all players in the two major metro areas of Sydney and Melbourne. Pockets of more satisfied advisers can be found in Adelaide and one or two regional areas, such as Ipswich and Coffs Harbour.

In further analysis, the disparity in satisfaction levels is largely due to accessibility of modules, training and on the ground support. As the market fragments, it will require a different level of service offering for the incumbents. Adviser segmentation and understanding who are the influencers within the individual practices in Australia (of which there are 8,667) is going to play a huge role for both new and existing players as adviser mobility accelerates.

The NPS scores of the research houses were typically more positive than the scores for software providers. The penetration rates of research houses that advisers use reflects the fact that many advisers have access to more than one provider. Morningstar dominates this area with 62% of advisers saying they use Morningstar research. Morningstar had the second best NPS of +8, sitting marginally behind the market leader Lonsec (+10). Lonsec penetration with advisers is the second largest of the research houses, but only half that of Morningstar, at 33% of the total market. Super Ratings and Mercer, who both service less than 10% of the market had the worst satisfaction scores of -18 and -13 respectively. The other sizable player in the research market is Chant West, used by 27% of advisers who gave it a marginally positive score of +2. 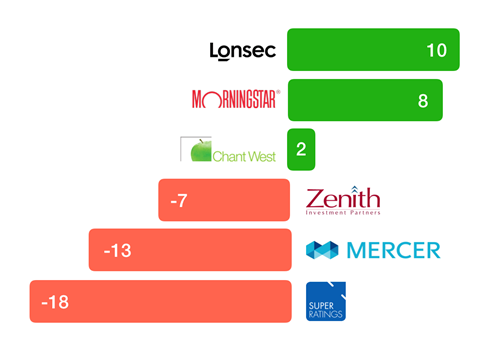 With Adviser Ratings forecasting a significant acceleration of adviser movements and a continued shift into self-licensing, it opens the door to new players. “With satisfaction and loyalty rates at such low levels and with advisers moving to practices where technology providers don’t have a strong influencing relationship, incoming players can present a real challenge to the market leaders” said Woods. “Frustrated advisers will soon have more choice. It is up to the incumbents to see if they are ready for the challenge.”

If interested in the full 690 page report (Australia + 59 regions + licensee breakdown) for all suppliers to the advice market, please contact Mark on mark@adviserratings.com.au - Plenty of infographics, graphs, recommendations and opportunities for new and existing wealth participants. Advisers can get access to a free copy of their region (valued at $300) by filling out the 10 minute survey - here

"I agree Barney, FinPal integrates with all MS software, it talks to other systems and is actually a great CRM, unlike the others mentioned"

"All too often the advice provided to practices around technology use is influenced by the level of knowledge the provider of that advice brings to the table. In my experience, poor advice and information has resulted in few businesses exploiting technology to anywhere near its full potential. This shouldn't be viewed as criticism as most advisers entered the profession to become a 'great adviser' not a 'great technologist'. Ensuring you get the right advice and that the answers reflect what you need rather than what you want is critical. In the case of XPLAN, the statement I most frequently encounter is "I don't know what I don't know" and unfortunately, in most cases whilst practice principals are aware of how they'd like to run their business and service their clients, they are less aware of how to get the most out the system that should underpin their business and client services. No piece of software will operate on its own and If you consider the 'basics' like Excel and Word, everyone can suggest that they know how to use them, but few will be aware of all the features let alone understand how to use them effectively. It’s also worth highlighting that solutions which come ready 'out of the box' will be easier to use, but the trade-off quickly becomes apparent when attempting to tailor that solution to support the business model you want to run. I'd encourage practice principals who feel that they are not seeing value from XPLAN to review the content, discussions and information being provided via the IRESS Insights Community (https://insights.iressconnect.com). In addition to providing answers to both simple and more complex challenges, Insights provides advisers with the ability to become directly involved in shaping the future and reviewing the enhancements being introduced through initiatives like XPLAN Labs (eg. https://goo.gl/gWU6Qu). These changes at IRESS are reflective of the feedback we have received (those 'kicks up the date') and our ongoing commitment to delivering better outcomes. It hasn't happened overnight and the changes are far from complete. Paula, Jason, and Peter, please feel free to contact me on 03 9018 5912 if you'd like assistance with your issues. "

"XPlan is woeful. Unless we are prepared to pay an outside organisation $20,000 to fix it for us we can't even get it do feeds accurately so we can generate FDS. The only sense we can get out of it is in the risk space but not kept very up to date here either."

"Looking forward to trying Intelliflo when it arrives. IRESS are the most arrogant organisation and X-Plan is a mess. They do not support their advisers at all. Lazy incumbents, who hopefully have their kodak moment."

"Not a fan of any of these esp AdviserLogic , nothing logical ahem "

"X-Plan needs to be x-plained too much. Thankyou. Please try the chicken."

"Advice OS much better than Xplan."

"Check out FinPal! Still at an early stage, but does all the important stuff really well at a really good price. Excellent interface with Office 365. We're loving it in my firm."

"Looks like X-Plan are getting a good kick up the date. They deserve it."