Adviser Ratings is seeking industry feedback for a proposed ratings system for licensee’s. Its development recognises that the licensee environment has a substantial bearing on the quality of advice delivered by an adviser. 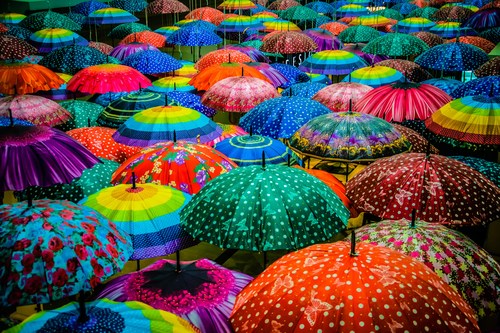 This week Adviser Ratings announced it is seeking industry feedback for a proposed ratings system for licensee’s. The proposal sets out two types of ratings: the first placed on all licensees using publicly available or commercially procured data, and the second incorporating proprietary and qualitative information gleaned directly from the licensee.

"The focal point of our methodology is to predict actions within a licensee that are detrimental to clients' interests. Chief among these are instances of misconduct," said an accompanying white paper co-authored by Adviser Ratings' chief executive Mark Hoven and Jerry Parwada, professor of finance at UNSW Business School.

In the wake of the Royal Commission findings into advice and with a myriad of new reforms seeking to clean up the industry, consumers are facing an overwhelming amount of information to process during the decision-making process to select an adviser.

As you would be aware, Adviser Ratings has already developed and operates a platform that helps clients to find and rate an individual financial adviser. The rating system for individual advisers incorporates information on planners from customers, industry bodies, and Australian Financial Services Licensees and applies percentages to each component to come up with an overall adviser rating percentage. It helps users compare advisers based on qualifications, memberships, experience, and customer satisfaction

The proposed licensee rating system will be designed to align the quality of advice to customers with the institutional attributes of those institutions and to enhance the clarity and consistency of information used by clients to select financial advice providers. It recognises that the licensee environment has a substantial bearing on the quality of advice delivered by an adviser.

The royal commission has revealed disturbing levels of malfeasance and institutional defects across a range of licensee’s. The explosive revelations regarding AMP and the collapse of Dover being just two examples of institutional failings which further discredit the financial advice industry in the minds of the public.

Such flaws in the structural and cultural models of these institutions further blacken the already battered reputation of the advice industry and once again advisers at the coal face feel the brunt of the publish backlash. Advisers themselves have little or no ability to control or limit such deficiencies within licensee’s and yet, as seen with Dover, over 400 advisers and tens of thousands of their clients were left stranded when the regulator decided that it’s practices were not up to scratch. Aside from those directly affected, the repercussion of such public failings reverberate across the entire advice landscape and further discourage Australians from seeking financial advice.

“The destruction of trust in the financial advice industry is deeply concerning”, said Adviser Ratings CEO Wealth Mark Hoven. "Our mission is to increase the penetration of advice amongst consumers, yet the trend is strongly reversed. The announcement of a new rating system for licensees is intended to differentiate the better service providers and rebuild community faith in our industry.

The licensee rating system proposes to help correct this loss of trust. At stake is the threat to retail customers’ willingness to access financial planning services. It has been argued in theory that a key function of financial advisers is to convince households to trust the financial system. However, recent studies demonstrate that even indirect exposure to misconduct destroys trust and results in non-participation.

“The loss of confidence in institutional brands and the broader advice system demands this kind of evidence-based, scientifically validated service,” said Hoven.

Benefits for Advisers and Industry

Among the benefits to advisers the system would provide is the obvious support the rating would supply for reputational risk management. It would provide access for advisers to a reference / differentiation / risk defining focal point when an adviser is considering switching licensees. Knowing a licensee meets certain requirements to achieve a particular rating will provide advisers and advice practices with their own transparency, similar to that of consumers viewing individually rated advisers and ultimately allow the practice greater focus on clients’ access to advice.

This rating system will discriminate across advice providers based on quality and risk, enhancing the clarity and consistency of information used by consumers in selecting a financial adviser.

Licensees seeking to benchmark internally and differentiate in market should find value in the rating as a comparable measure of quality and risk management.

Licensee ratings could also impact the pricing of professional indemnity insurance and funding terms by financiers, and the due diligence performed by industry super funds building affiliated advice networks.

The white paper was developed after a series of roundtables with stakeholders earlier this year. Attendee’s included representatives from Treasury, ASIC, FASEA, AFSA, FOS, FINSEA, FPA, AFA, KPMG and Deloitte as well as large institutional players such as AMP, CBA, NAB and BT, plus smaller un-aligned licensees.

Adviser Ratings is seeking feedback on the proposal and are inviting market participants to comment on the by September 30, 2018, by emailing responses to rfc@adviserratings.com.au

"What is ASIC For? If they did their job p[roperly this wouldn't be needed. More regulation and admin for an industry drowning in it"

"This would be a massive undertaking with the number of licensee's existing and growing. More "transparency" may be good for consumers and other players in the industry but for who would pay for this? Advisers who are happy in their dealer group would not need this."