After a year which saw many developments and much progress including some big changes to our platform, launching the Really Simple Guide to Money with the AFA and combine the ASIC Financial Adviser database with our own, we decided to let our hair down a bit and celebrate the festive season with our 1st Birthday event with friends, special guests and supporters at our office space at Stone & Chalk.

It’s been an industrious and creative 12 months (well – a little bit more) since we launched Adviser Ratings at the end of 2014 so we decided to combine a Christmas event with our 1st Birthday party to celebrate all we’ve achieved in the last year. 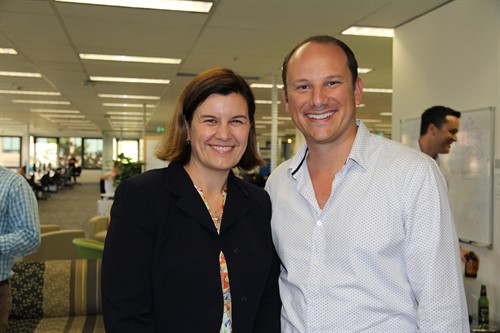 The event, held at our offices at the Stone & Chalk fintech hub in Sydney was attended by friends, family, supporters and some illustrious guests. We thought we’d try a bit of everything for our first bash, so we had some fantastic food and wine, speeches, interviews, a short video on the Adviser Ratings story so far featuring our founders Angus Woods and Christopher Zinn, and some stand-up comedy to round out the night. Piloting the evening was Christopher Zinn who emceed the night with fantastic support from our ambassador David Koch. 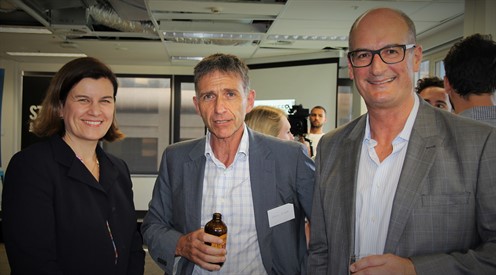 A special guest was the Group Head of Wealth at the Commonwealth Bank, Annabel Spring who had an illuminating Q&A with Kochie on the past and future for the CBA and Financial Planning in general. Another very special guest was Labor Senator Sam Dastyari who made a short speech in support of Adviser Ratings and our shared commitment to improve the industry using technology and the power of consumer intelligence. 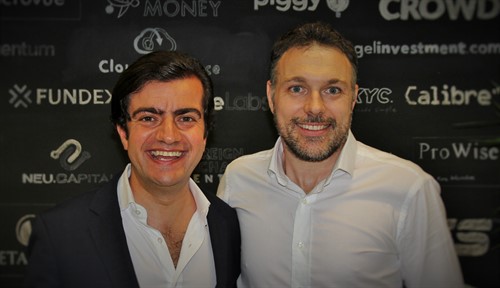 As impressive as these individuals were, the crowd pleaser of the night was our friend and funny man Lawrence Mooney, who provided a solid half hour of quality stand-up comedy. After warming up with some missives on the baffling jargon filled world of fintech start-ups and finance, the Moonman hit his stride with his take on the PM - Big Mal, mimicking his speech and channelling his mannerisms like some sort of well-heeled medium with a plain speaking truth transplant. Calling out (and pointing to!) anyone from the other side of politics as a communist and defending money sent to the Cayman Islands as “personal foreign aid” – big Mal was dropping truth-bombs for us that Leigh Sales could only dream of eliciting in an interview on 7.30. 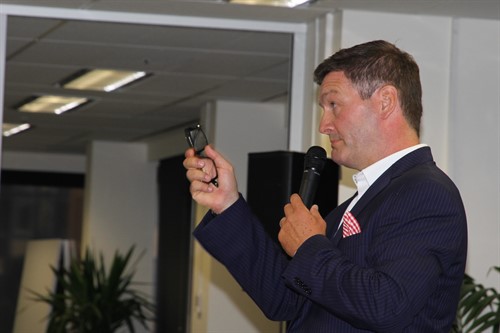 Lawrence Mooney aka Big Mal re-inforcing his intelligence by holding up reading glasses...

We’d like to make special mention to Alex Scandurra from Stone & Chalk and the S&C support staff headed by Elpitha Milaras for welcoming our guests and providing a fantastic venue. We’d also like to thank those Advisers who appeared in our video for their valuable insights into the industry and their commitment to improving the financial advice landscape, so to Bill Bracey, Claire Mackay, Lachlan Baker and Michael Rees-Evans - a very big thankyou from all of us here at Adviser Ratings. 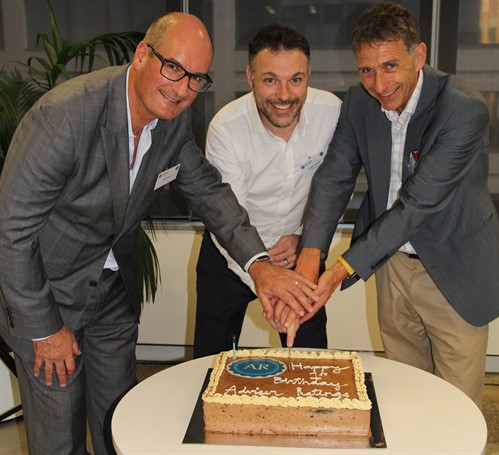 The night was a resounding success and everyone attending was given a nougat Christmas pudding from Darrel Lea to keep the sweet smiles lasting on their departure. We learned a lot from the evening which was fitting as it mirrored our first year in operation - learning, refining and continuing to develop our business with the same stated aim which is to sort the good from the bad and give consumers a powerful tool and voice to help re-shape the financial planning landscape in Australia for the better. We plan some more great events in the New Year and we’re sure if you can make it, you won’t be disappointed!

So from all of us here at Adviser Ratings - Merry Christmas and wishing a happy and prosperous new year to everyone out there. Enjoy anytime off you may have and spend it with those who mean the most to you!

"Happy birthday Adviser Ratings! Can you get me on Sunrise ;-)"