It was September 2007, and I had just strapped myself into the CFO chair at Virgin Money. For the last few weeks, some alarming mortgage numbers had danced, or more aptly, trudged across my desk shouting the words “we’re screwed” – this is a quick story of my time during the GFC and what it meant for me, Virgin Money and my associates and friends. 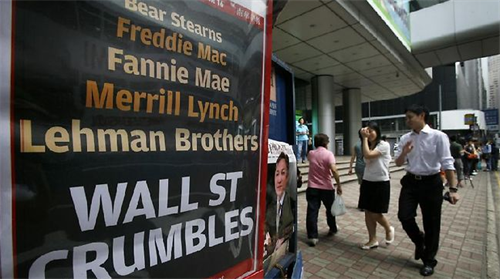 It was September 2007, and I had just strapped myself into the CFO chair at Virgin Money. For the last few weeks, some alarming mortgage numbers had danced, or more aptly, trudged across my desk shouting the words “we’re screwed” – this is a quick story of my time during the GFC and what it meant for me, Virgin Money and my associates and friends.

A month prior BNP had frozen 3 of its mortgage funds - the sub prime crisis had just entered the first phase in triggering what was potential economic oblivion. August 9, 2007 is widely regarded as the day the world turned upside down.

Immediately, credit spreads and subsequently the costs for banks to borrow money started to increase – as Virgin Money was starting to write more and more home loans, margins on these home loans were diminishing fast. At the time, Virgin Money were funding home loans from our shareholder’s balance sheet, Macquarie Bank. Like all major banks in Australia, Macquarie’s balance sheet had a significant shortfall between depositor’s funds and loans – this shortfall had to be funded by overseas borrowings. This debt was becoming more and more expensive. Every morning, Macquarie Bank Treasury were dismayed at the rise of credit spreads on short-term money borrowing (ie spreads of 90 day money were usually 10bps to 20bps – this blew out to almost 100 basis points when the markets panicked). Basically, on a 90 day bank bill, on a 5% overnight cash rate, it would cost the banks up to 6.0% to borrow cash for 90 days....On top of that, longer term dated debt was costing some of the smaller banks up to 250 bps over the cash rate (usually 15 to 20 bps)!

Apart from a few side articles in the Financial Review, most people, including those working in financial institutions were either unaware or did not understand what this actually meant nor its implications – so much so, despite a brief blip acknowledging the subprime crisis, the equity markets around the world continued to march ahead. In fact, despite no ease in what was then called the ‘credit crunch’ of 2007 (before we moved to the term ‘crisis’), the ASX hit its all time high of 6,873 points on 1 November 2007. 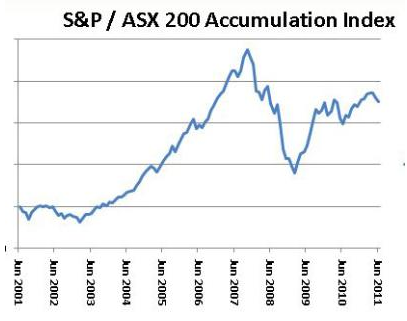 Given Macquarie and Big 4's exposure in terms of the mismatch in the funding of its deposits and loans, the tension at all the executive tables in financial services was palpable. Nobody really knew how this would play out, how much leverage or "bad credit" was in the system or more importantly, what could be done about. Australian banks were so beholden to overseas funding to survive. Macquarie could usually package their loans and sell them to investors at about 20 bps above short term 90 day money (or at 5.30% based on the example above). Now, not only was short-term money lending prohibitively expensive at 90-100bps over the cash rate, but no investors wanted to buy loans – nobody, whatsoever, globally would touch mortgages as an investment. The entire banking market, unbeknownst to the everyday consumer, was in solution or salvage mode every minute of late 2007 and 2008. Will this last and what would be the impact to our businesses?

In early 2008, Macquarie, and subsequently Virgin Money, were quick to pull the pin on its home loan business. We wound back writing new loans significantly. We also ceased the roll out of any credit products. The heavy burden of loans on Macquarie Bank’s balance sheet had the prospect of sending them broke if the situation did not ease - as was the case with all Australian banks, they struggled to borrow the money to roll over the 90 day funds to finance them. We had to batten down the hatches. Macquarie were one of the first to see the problem and went into resolution mode. Nearing the end of December, the equity markets and most folk in the financial markets started to comprehend what a credit crunch actually meant. We had been staring at these unbelievable credit spreads for months, and for us in the banking world, it already felt like the end of the world as we knew it.

By this stage, our Christmas holidays were cancelled and we worked late into the night coming up with strategies to deal with the closure of the credit markets - well before the real calamity would hit in 2008. Not long after, we started to draw up redundancy lists as the situation kept on escalating - It was the most emotional, heart-wrenching time of my short career. We had in excess of 60 head office staff, and hundreds of staff working for our outsourced suppliers. Deep down, I knew how hard it was going to be to find a job in a market where the financial world was starting to panic. One by one, we brought people into the office, slid envelopes across the desk with their final payment enclosed and advised them they could go home (permanently). This happened over a 3 week period. We went from 60 staff to 10 staff – enough to keep our insurance and superannuation products running.

We all know what happened over the course of 2008 – whilst Australia miraculously avoided a recession, most of my banking friends were either facing redundancies, pay freezes or pay decreases. In fact, a close friend of mine and her husband were both made redundant within 4 weeks of each other - they had twins six months earlier and bought a house on a loan to value ratio of 90% at the top of the market. Both had little prospect of finding another job. 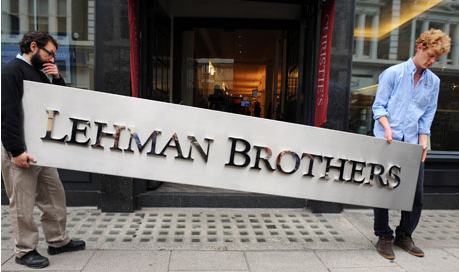 Lehman files for bankruptcy on September 15, 2008

Actually, in mid 2008, I recall one night, whilst sipping (or guzzling) a beer down at the local bar, with 3 friends from Macquarie Bank, Westpac and Allco Finance Group, we were theorising which one of our companies would fall over first. Given our relative size, Virgin Money was odds-on.....Allco went into voluntary administration in November of that year.

Macquarie did not go bust (it's share price did go from $98 down to a low of $15), although Australia’s other investment bank, Babcock and Brown filed for bankruptcy in March 2009. If it wasn’t for the government guarantee, Macquarie would have followed and no doubt, one of the Big Four would have followed not long after that.

Virgin Money managed to find its feet again, following a banking partnership with Citibank. The financial services market started to show some resilience at the end of 2009 - not before the equity markets closed at their lowest in March of that year, with the ASX tumbling 54% from its high, ending at 3,111 points on March 6.

The fallout from the Global Financial Crisis was massive for small mum and dad investors – rogue advisers had leveraged the wealth of their 60 and 70 year old retiree clients with margin loans and at the age of 70 many of them were facing bankruptcy. Then there were those clients approaching retirement, who inexplicably had huge portions of their wealth in equity markets.

Suddenly the advice industry was facing its own crisis – I felt for the good guys, who were now being tarnished by unfortunately quite a few incompetent financial planners or flawed compliance processes. It was then I started to put together the business plan for Adviser Ratings – deep down, I believed the government and the industry would start to clean up financial planning and bring some transparency into the market. 5 years on, and we were still facing crisis after crisis with inept advisers and business practices.

Chris and I dusted off the business plan and tweaked it – Adviser Ratings was born.

One area that we will focus our efforts on is trying to do our bit to improve the financial fluency of the market. Part of the problem of the GFC was that most consumers don’t know the risks of financial markets, economics, asset pricing and market psychology and / or the terms supposed financial experts use and how it impacts their wealth. There is a misplaced assumption around that customers have a base knowledge of money.

With business confidence, interest rates and terms of trade precipitously falling, economists are calling a 33% to 50% chance of Australia falling into recession in the next 12 months – we should always be wary of another 2008. Whilst there was a global systemic issue in asset prices in 2007 and the proliferation of credit in some markets, we should always be aware of the risks of the market and consumers need to understand how these risks can impact them.

On a lighter note, for those who haven't read it, I really recommend "The Big Short" by Michael Lewis - an edgy, dark humour chronicle of those who took financial advantage of the subprime crisis.