In July 2011 Scott was honored to win the Rainmaker Financial Planner of the Year in the Marketing category, an industry voted award. In addition to that you may have heard Scott since 2010 on Melbourne Talk Radio (MTR) or My MP (1377 am) and in January 2014 joined the Fairfax Radio network on 3AW693 talking finance daily with Tom Elliott. In 2014 Scott has also made appearances on Channel 10's morning program Wake-up, The Project, A Current Affair and Channel 9's Today program. If you would like to listen to Scott or see his recent TV appearances click here \_\_\_http://bit.ly/NUL2sx\_\_\_.

Scott has been a 15 year member of The Australian Financial Review Business Leaders' Panel - the panel is designed to maintain close contact with Australia's business and investing elite, drawing on Australia's leaders' experience. In addition to that in 2010 Scott was appointed a member of the MLC Advisory Board which is a national group of leading like minded advisors.

In 2016 Scott was honoured to be in the to 5 infuencers in the financial advice industry.  He has leveraged from this award to challenge politicians and industry bodies on reform and the importance of best interest.

Scott is extremely knowlegable and has the benefit of experience over the past 20+ years to be able to offer sound and well thought through, conservative advice. He is always available and returns calls and emails very promptly. When is not able to address an problem / question he undertakes to find out the right solution. Scott is also very empathetic, and cares about clients and their lives as well as situations. Getting an annual birthday call and texts makes the relationship stronger as well.

Scott provided some important aged care advice and tax advice for myself and my mother. We find this very stressful and Scott explained everything simply. Thanks Scott

Scott has helped enormously with navigating the way foward to mynext chapter. His mantra of of sticking to the facts and figures and not getting caught up in the emotion reactions along with his legal knowledge and experience in reaching the end goal works. I would have no hesitation in recommending Scott's services to anyone who is looking for realistic advice through their separation or divorce process.

As long term clients of Scott Haywood and the HFM team we have been grateful for the group insurance they put in place nearly 10 years ago. Recently we had our first death claim which has been horrific for us. However HFM were able to take the stress off us and get the funds to those who needed it most. We are fortunate for the work they have done and do. 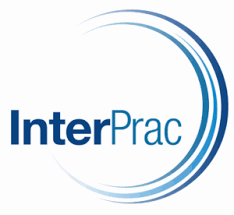